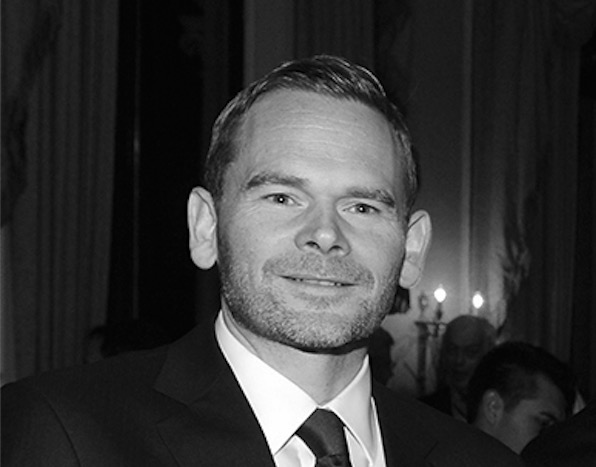 UK Construction Online’s Matt Brown talks to John Hunt from Enterprise Ireland to discuss its strategy for 2016, its ambitions to turn Ireland into an economic powerhouse and his thoughts on the future of BIM.

John is a Senior Strategic Advisor on the Built Environment and is passionate about realising the benefits of Building Information Modelling.

Could you give us a brief introduction to Enterprise Ireland and the role it plays in developing business?

Enterprise Ireland is a government agency and our key mission is to increase trade, specifically exports, between Irish companies and companies across the rest of the world. We are a trade development agency that’s been in existence for some 40 or so years.

Enterprise Ireland’s Strategy to 2016 talks of Irish enterprise becoming a powerhouse of economic growth and creating jobs. Can you tell us about the successes of the previous strategy and how this new strategy will build upon them?

Exporting and export led recovery has been a key policy of the existing government as a way of improving the standard of living in Ireland. I suppose as an island off an island, historically it hasn’t always been easy to trade with Europe for logistical reasons as much as anything else so we’ve always had a strong policy for export development, creating employment at home and ultimately improving the quality of life within Ireland. So that’s the core of what we’re about.

In 2015 we are forecast to increase exports by €2Bn and that has led to an increase in employment of around 21,000 jobs in Enterprise Ireland client companies, which gives you some idea of the success we have achieved.

So that’s the strategy going into 2016: working ever smarter and ever harder onto the areas that give us the best return from our investments in people in organisations, in research and in capability building. That’s something we are looking to continue into 2016 and a key element of our current strategy.

The aim to make Ireland the best small country in the world to start a business in is an ambitious one. Could you talk about how Enterprise Ireland will seek to deliver this?

We have a number of initiatives for international entrepreneurs to come to Ireland and for Irish people to set up organisations and businesses. A significant majority of the 21,000 jobs created last year were in small start up enterprises. What we as an organisation and what Ireland is promoting is access to capital, strong links to Third Level research and commercialisation. It’s about offering mentoring with key individuals with key skills and access to one of Europe’s best educated workforces.

So there are a number of incentives to encourage individuals, entrepreneurs both from Ireland and internationally to build their brands and businesses in Ireland and that, again, is a key policy.

Enterprise Ireland are keen for women to fulfil their business potential could you tell us a bit about this?

We believe there is an enormous element of untapped potential within the workforce and skillset of Ireland that has been ignored for too long.

The skills shortage is prevalent across the construction industry. What role is Enterprise Ireland playing in helping to overcome this?

The key areas of skill shortages exist at both ends of the spectrum in terms of the practical trades and a big area of concern is also the digital skill set. That is certainly an area that Enterprise Ireland have been supporting in terms of research and funding in our own programmes and also through an innovation voucher scheme for Third Level Institutions. There are nine higher education institutes within Ireland who have developed a digital or BIM element to their higher education awards.

Anecdotally, as the BIM designers in engineering, surveying and architecture are coming through these programmes; the employers are there ready to fight over the skill set. It’s a real success story in many respects of how the Third Level institutes are responding to the needs of industry and how the industry is competing for the skills of these graduates coming through the programmes being delivered throughout Ireland.

Do you think there’s an appetite with Ireland to follow the UK government’s lead in mandating BIM Level 2?

If you look at the industry response in Enterprise Ireland’s BIM survey last year, the view was split with some seeing positives and some negatives, but what I think is accepted is that given the scale of the transition ahead of us, the change will need to be client led whether that be government or private sector.

I think one of the interesting things that maybe isn’t always known about Ireland is the significant commercial influence of the United States. A study was commissioned by the American Chamber of Commerce in Ireland last year and it showed that Ireland was the number one destination in the world for US foreign investment with $277Bn invested since 1990.

With the US companies and their requirements for advanced facilities, the likes of Amazon, Apple, Google, Facebook, Ebay and the pharmaceutical companies such as Pfizer and Merck have each recognised the necessity for increased precision and the importance of better data. In terms of digital design, I suppose that’s when BIM first came to Ireland, around 2010 and as a US client requirement.

A lot of the upskilling and investment has come as a direct client requirement and that’s manifesting itself in lots of people who once they’ve worked digitally are reluctant to go back to traditional methods. They can see the discrepancies and the potential for not working as accurately and that has encouraged an ‘industry up’ approach to informing clients about the best way forward in terms of traditional or digital process for design and delivery. So absolutely it’s got to be client led for digital to become mainstream and go beyond tipping point.

Are we any closer to the Irish government mandating BIM?

From Enterprise Ireland’s standpoint, we see the skillsets that have been developed through projects in Ireland as extremely marketable internationally. We have offices in 32 countries; we are working in industrial engineering, design and delivery and see BIM as being enormously attractive to these markets and a real differentiator in markets that have been traditionally difficult to differentiate in.

We are interested in Irish companies developing that capability and taking it internationally and developing their international footprints further through these skillsets and processes. Enterprise Ireland is keen to support this development and we are doing that in a number of ways. We have developed our own capability programmes but in terms of getting some further public sector buy-in, Enterprise Ireland are one of a small number of lead organisations that are really helping with promotion of public sector adoption.

That began with our appointment of CITA, the Construction IT Alliance, as our research partners in 2015 who will be reporting to and delivering research and information to a new stakeholder group in Ireland. This is a national BIM steering committee and delivery group that will be looking at the most appropriate route for a wider implementation of BIM within Ireland. That will involve the continuing discussion around a mandate but also the intelligent and appropriate area of the application of a mandate. So rather than effecting a mandate across the public sector, it will debate whether a mandate across different departments may have the biggest impact, where the benefits can be best felt and where the negative impacts of a mandate could be managed more successfully.

So there will be the formation of the National BIM Steering Committee in 2016, Enterprise Ireland and CITA will be on that group, and will be recruiting key members and a Chair to deliver a strategy that can be implemented from 2017.

There is often talk of the older generation in the construction industry being fearful of a digital future, do you think the digital generation would benefit from more knowledge of traditional methods of building?

Absolutely, there’s the digital skillset and the digital processes and there is the need to bring together the traditional knowledge and ‘buildability’ that exists with experienced engineers. It’s absolutely critical that those two are blended together so that when we are designing and then constructing with digital, we are doing so with a an ability to be pre-emptive and with a solid footing. Collaboration internally within organisations as well as externally as we know is at the heart of this.

As we advance through transition, it will be the experience of the ‘older generation’ that will navigate the potential problems of digital process and tools. It could take a generation for BIM level 2 or 3 to be the default process for designing and constructing assets.

Historically, there always seems to initially be resistance to new methods and technology before they become accepted as the norm. Is reaching that point of no return key for BIM?

I think that’s absolutely crucial in our current thinking – the tipping point, the point of no return. A lot of the companies I talk to are doing a bit of BIM on a few projects but the majority is traditional construction. They say: “We are doing BIM, we like it and it’s good but we still have to work quite hard at it to make it work”.

We’re not quite at the point yet where we couldn’t just fall back to doing traditional. It’s still in the main a small proportion of workload and of employee roles within companies and the transition to the majority of projects is going to be the real challenge for the industry over the next few years. We’ve got enough evidence to show it works but can we then take it to the next level where it becomes the default way in which we set up a project and how we design and deliver it?

I’ve no doubt we will all be doing BIM on the majority of projects by 2025 but what that adoption curve looks like between now and then will be crucial. If it’s incremental, then we’re probably not doing it right but there is a real opportunity to get this to tipping point in the next two or three years.

With the BIM Level 2 mandate approaching in April, what can Enterprise Ireland offer companies in the UK?

Enterprise Ireland’s success is very dependent on our ability to identify the right companies with the right skillsets, management team, and the right planning to succeed in international markets. We see digital design, construction, operation and the processes and technologies associated with that as an enormous area of opportunity.

We are working with organisations specifically in the design and delivery of engineering services – industrial engineering, data centres, power centres, powers stations, pharmaceutical plants, hi-tech manufacturing sites – where the only way to work it is to front load your designs and take your problems away from site. An approach that leverages the power of BIM.

There are some Irish companies doing great projects across the world and as we come into 2016 with the UK looking for partners and supply chains to deliver to BIM Level 2, Enterprise Ireland’s London office can offer a single point of contact if you’re looking to identify skills and capability in a particular area. Enterprise Ireland have a strong portfolio of organisations that would be delighted to talk and to assist the UK on its journey to BIM Level 2 adoption and beyond.