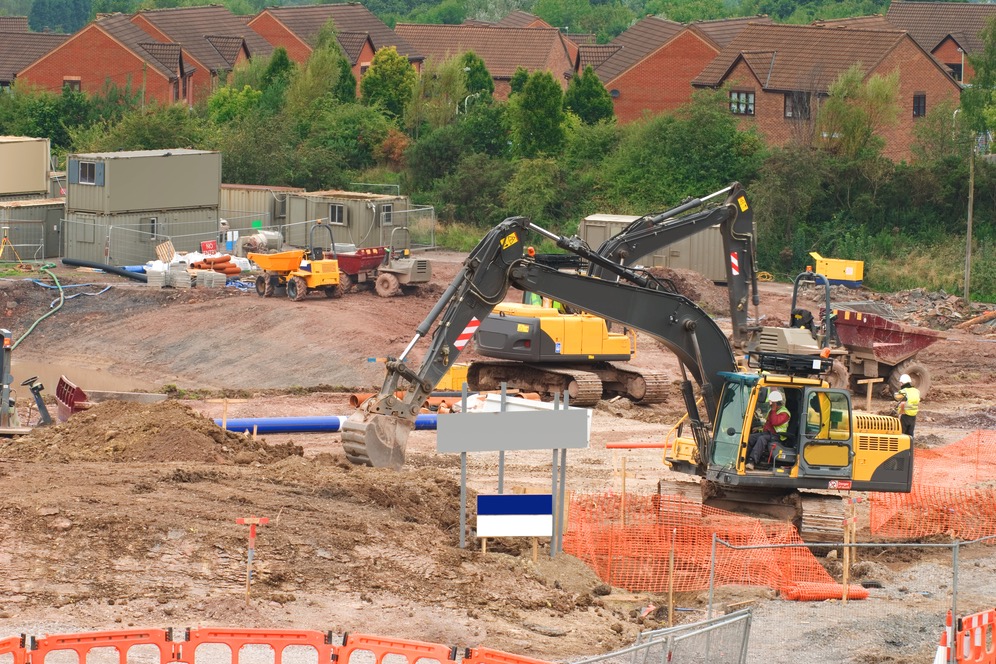 Matthew is the former Deputy Mayor of London for Environment where he led for the Greater London Authority on environment, energy and smart cities policy. He has since founded MSP Strategies to advise companies in the sustainable urban smart space and is also a Non-Executive Director at Off Grid Energy Ltd.

I think the Defra report is a missed opportunity in lots of ways. We have an air pollution challenge in London and other areas, such as Greater Manchester, that have a high population density but also a lot of construction activity going on.

The fact is that we aren’t just dealing with a transport pollution issue – the construction industry also contributes significantly to reduced air quality.

The report refers to effectively implementing the EU directive around non-road mobile machinery (NRMM) – nothing more ambitious than that.

It doesn’t even suggest local authorities look at London’s example and use planning systems to tighten the regulations around NRMM.

There is a win-win here for the construction industry in that, if companies were incentivized to use cleaner equipment, it brings the advantages of greater efficiency. This means cutting fuel consumption and therefore making financial savings. The whole life cost of the equipment is also a great deal lower than the older equipment.

There is also the health aspect to consider, with workers on the construction site no longer exposed to this type of air pollution.

Finally, there is the stimulation of the precision engineering industry in the UK as companies bring solutions to these problems.

You said the publication of the Department for Environment, Food & Rural Affairs (Defra) consultation didn’t go far enough. Why do you think this is?

The government is only being forced to do this because of the High Court action. I think we all know that if they hadn’t lost repeatedly in Supreme Court and the High Court, we wouldn’t have any kind of ambitious plan at all. These clean air zones that the government is talking about would never have happened.

The government constantly has to be incentivised; pushed forward perhaps to take the necessary action to address air pollution.

There is also an innate conservatism and a fear of what would be a capital cost to procure the new equipment. This is a very short-termist outlook because the whole life cost of that piece of kit will be a great deal lower than the total expenditure of what they are currently using.

There are also the social costs such as the environment to consider.

What kind of reaction did you get from construction firms in London following the introduction of Greater London Authority’s (GLA) regulations for construction equipment?

The GLA had been trying to do this for quite a long time and we hadn’t made much progress so we engaged very heavily with the plant hire equipment and construction companies.

It’s worth noting that Crossrail, which is obviously a huge civil engineering project in London, mandated the use of cleaner equipment.

This meant that as construction on Crossrail became more advanced, there was a lot of this equipment around. This made it an opportune time to be able to bring in these relatively tight regulations. Quite simply, without Crossrail that would have been a more difficult task.

I will be perfectly honest; with hindsight I should probably have been a little bit tighter than I was. It was the first time having regulations on both NOX and PM had been done anywhere in the world but I suppose I was just being cautious.

Now the regulations are in place, the guys currently in City Hall can tighten them as they think is reasonable. I wouldn’t be surprised if they brought forward the plans’ tightening or implement other regulations around that type of equipment.

What kind of regulations could we see local councils implement if they were to be given the power to do so?

In my view they should start thinking about the stages of NRMM and start mandating, certainly on large construction sites, cleaner equipment to reduce emissions.

I also think they can be brave. When you think about some of the technology coming forward, they really should be thinking about hybrid systems when it comes to mitigating emissions and fuel usage.

Often what happens is you have site managers who contact the local plant hire company and end up supplying a larger piece of equipment because the appropriate sized one isn’t currently in stock. You end up in a position with a comically oversized kit running incredibly inefficiently for most of the time.

They haven’t considered how battery storage could mean that the temporary battery supply could be utilised. Like a hybrid car, by flattening out the peaks and troughs you might be able completely displace a diesel engine or reduce the number of diesel engines on site.

They could establish a hierarchy by properly thinking through what the power demands are on construction sites and encouraging companies to explore cleaner equipment options.

This isn’t regulation for regulation’s sake; this is going to save companies a lot of money. When they go to the big hire companies, the hire costs may be slightly greater because you have two units – the generator and the battery storage unit – but the fuel saving will be huge; perhaps savings of up to £800 a week. You can imagine over the course of something like a 12-month contract how much money can be potentially saved.

It’s regulation that helps businesses to save money and reduce their environmental impact.

Given the importance of house building and major infrastructure projects, does it make tackling this issue all the more pressing?

London has the greatest density of population and half of the country’s development going on there. It’s quite clear that the health impact from NRMM on London is far more profound than on areas with less densely populated cities.

When you think of some of the upcoming projects, HS2 is much bigger than Crossrail and a huge civil engineering project that will go along for a decade or so.

In my view, this is the perfect place for HS2 Ltd, DfT etc. to push the envelope on regulations and demand cleaner equipment.

This would reduce the cost of building the project, which is no small thing, and its environmental impact.

You would also have a similar situation as we did with Crossrail, where you get all this equipment onto the market and that is a great driver for other projects across the country.

It becomes easier to say to the plant hire companies and construction industry that the equipment is available. We won’t be talking about things that aren’t available on the market yet.

What kind of alternative technology on the market?

One of the best examples is a temporary power generator. This is essentially the battery storage to mitigate or even displace diesel generators.

Imagine having a 100 KVA generator set on a construction site. When it’s on a decent load it works perfectly well, but for most of the day and certainly the night it’s going to be running at 10-15% load. Just like a vehicle, it runs incredibly inefficiently for litres burned for kilowatt hours produced.

So just like a hybrid car, if you effectively flatten that out, you could run it at 70% load for seven or so hours a day, which is enough to do all the things required on site and also top up the battery. Then during the quieter periods, overnight particularly, you just need a battery running.

This could save hundreds, if not thousands of pounds of fuel per week. You also have advantages of reducing the noise and air pollution levels.

Do you think a policy similar to the scrappage scheme for older plant would be an option?

From the government’s point of view, like all things, it would come down to cost. You would need to look at the business case but I would suggest there is good health case to get rid of some of the filthy old generators, similarly with the older diesel cars. If you are going to introduce regulations, you need to make it easy for people to comply with.

Are there any other advantages in adopting cleaner machinery?

One thing to consider is the noise level. Construction sites in the city have restrictions in place on working hours. If you have more silent running battery-powered equipment, you could begin work earlier on site and get on with tasks that don’t create a lot of noise.

That is quite a powerful economic case to use hybrid temporary power solutions.

Do you think there is enough awareness amongst construction companies about the alternatives to running a traditional generator?

That is part of my criticism of the Air Quality Plan; it’s very focused on transport. Understandably so as it is the main source of air pollution but by making marginal improvements in all the sources, you can have a profound effect.

In London, you’re talking about 8-9% of total pollution coming from NRMM on construction sites – it is a considerable amount. If a few percent can be knocked off that plus the reductions coming from vehicle fleets, replacing old boilers, etc. you are really getting somewhere.

Clearly, you need to focus on the big sources like taxis and buses where there isn’t that many of them but they have a big impact. However, you do need to consider everything.

There is a way of doing it that isn’t financially onerous but actually saves money.

Air quality as an issue has rocketed up the scale. When I started in this industry years ago, it was an interest by a minority group of environmentalists. Now, it’s clearly of serious public concern, which a good thing because it means action is being taken.

I would say it is very much focussed on diesel vehicles and hasn’t yet blown up on other sources. We shouldn’t be blind to NRMM, the use of polluting generators at events, domestic boilers and other sources.