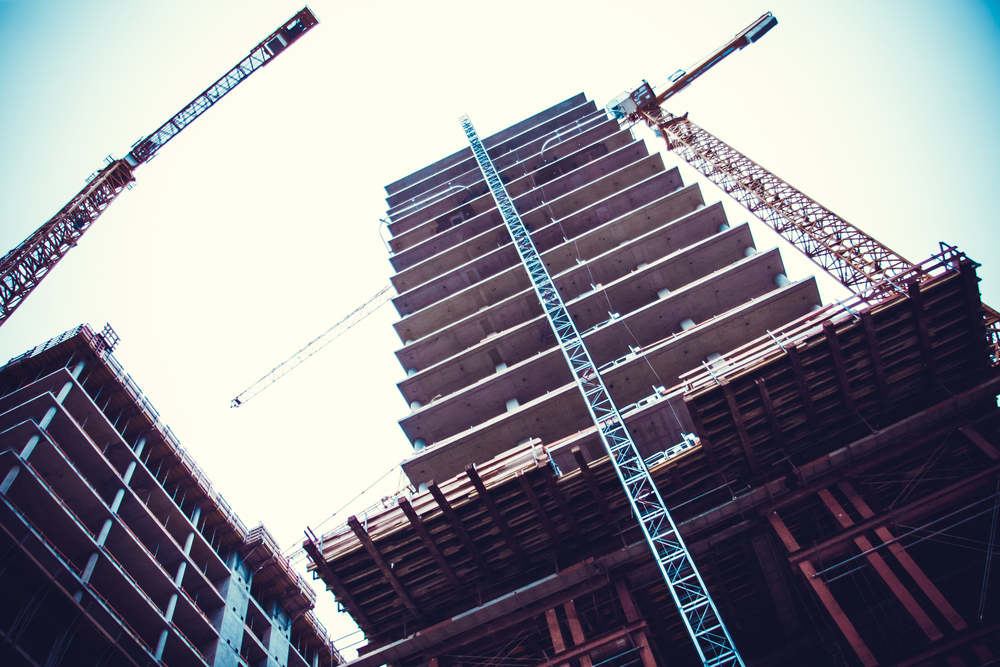 The latest findings have been published by IHS Markit/CIPS for the UK Construction PMI®. It sees the construction industry hitting an 11-month low amid weakness in commercial building and less housing activity.

July saw the weakest performance for construction since August 2016, as commercial work nose-dives and new orders decline. Together with slow down in housing activity, the sector is experiencing its worst month in a year.

A surge in new business had led to job creation and buying across the sector, however with intense supply chain pressure and the prices for construction materials increasing sharply, the IHS Markit/CIPS UK Construction Purchasing Managers’ Index® (PMI®) figures show a drop from 54.8 in June to 51.9 in July,

The latest reading was below the long-run survey average (54.5) and pointed to only a moderate pace of business activity growth similar to June.

The figures show that new business volumes saw a reduction in growth for the first time since the post-referendum rebound in September 2016.

Respondents cited delays in decision making by clients, linked to worries about the economic outlook and heightened political uncertainty. Continuing price pressures from the weak pound have driven cost inflation to a near six-year peak, stifling purchasing activity and jobs growth.

The strongest activity could be found in residential building, although the latest rise was the slowest for three months. The only upturn in output growth was recorded in the civil engineering sector.

Construction firms remained upbeat about their growth prospects, but the degree of optimism was the lowest since July 2016. This was attributed to heightened economic uncertainty and subdued confidence among clients.

Tim Moore, Associate Director at IHS Markit and author of the IHS Markit/CIPS Construction PMI® , said: “July data reveals a growth slowdown in the UK construction sector, mainly driven by lower volumes of commercial development and a loss of momentum for house building. Weaker contributions from the cyclically sensitive areas of construction activity more than offset resilience in the civil engineering sector.

“Worries about the economic outlook and heightened political uncertainty were key factors contributing to subdued demand. Construction firms reported that clients were more reluctant to spend and had opted to take longer in committing to new projects.

“There was a knock-on impact for job creation and input buying following the largest downturn in order books since August 2016. However, supply chain pressures remained intense, reflecting low stocks among vendors, and materials prices continued to rise at one of the fastest rates seen for six years.

“The combination of weaker order books and sharply rising construction costs gives concern that an extended soft patch for the construction sector may be on the horizon.”