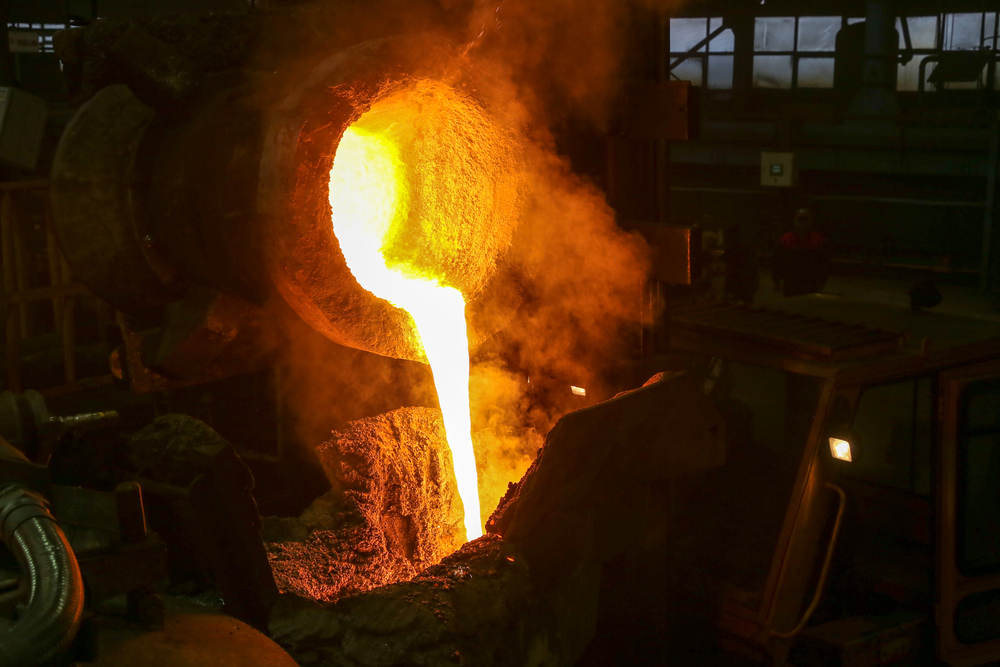 First Minister of Wales, Carwyn Jones has given a powerful statement on the future of the steel industry in Wales.

Following the recent events that have struck the UK steel industry, Tata Steel, the UK’s biggest steelmaker has announced plans to sell their plants, after having to cut 1,050 jobs after the price of some types of steel more than halved in value.

These falling prices of global steel and a flood of cheap imports from China were said to be responsible for the cuts, with Tata Steel urging the UK and EU to act more urgently to deal with the crisis.

The Welsh Government is now working closely with Tata and the UK Government, with close contact with the union, to try and secure a viable and sustainable future.

The First Minister of Wales, Carwyn Jones, this week set out an action plan that needs to be taken following Tata’s decision to sell their plants. Speaking of how Port Talbot, Shotton and Trostre have been producing high quality steel for years.

He said: “I have one simple message for the people of Wales and the UK Government.  These plants cannot close.  Welsh steel – British steel – cannot be allowed to die.”

In the report, he described his disappointment in Tata Steel’s decision to sell the plants, with the board rejecting a turnaround plan presented to them by their European management. The workforce at the steel company were described as “loyal” and “efficient”.

The steel situation is said to have been created by distorted conditions in the global market, as opposed to any inefficiencies on part of the workforce.

The First Minister made clear in the statement his disappointment in the UK Government, who were said to have failed to tackle the underlying difficulties in UK steel production in a systematic way. He described the government’s action as “slow and inadequate”.

“It is clear that they have not driven a hard enough bargain at EU level to protect our products from the effects of market-distorting steel dumping.  Indeed, we discovered at the weekend that it’s not the European Union holding the UK back, but the other way round – the UK Government has been holding back the European Union.”

The Minister outlined three points that he feels must happen in order to secure the future of the plants. This includes the government taking the plants into public ownership if a buyer cannot be found within the sales period. Tata must allow months rather than weeks for buyers to consider the offer. The Welsh government would be willing to contribute money to support the turnaround, however “the Welsh Government simply does not have the resources to own or manage the Tata plants.  We do not – and no one should mislead the workforce into thinking otherwise.”

Secondly, he calls upon the UK Government to tackle steel-dumping, by negotiating a realistic tariff regime at a European Union level, along with steelmakers in the UK operating on a level playing field with the rest of the world.

The third point focuses on a long term strategy to reduce energy prices and improve energy efficiency for energy intensive industries. On this point, the Minister said: “Without these measures, the underlying problems will re-emerge later and undermine the future of the plants, whoever owns them. What we need is a sustainable plan for the long-term.”

The Minister met with the Tata taskforce, which was established in January, and have announced the establishment of Port Talbot Waterfront Enterprise Zone, which will be chaired by Roger Maggs, a founder of the investment firm Celtic House Venture Partners.  He also announced the launch of Enterprise Zones Business Rates Scheme in Port Talbot Waterfront, which is open to applications from 30 September 2016, aiming to add additional stimulus to the area and generating growth among small and medium sized enterprises.

“The clear message that needs to go from this National Assembly today to all our steel communities – Port Talbot, Llanwern, Trostre and Shotton – is that we stand beside you shoulder to shoulder.”