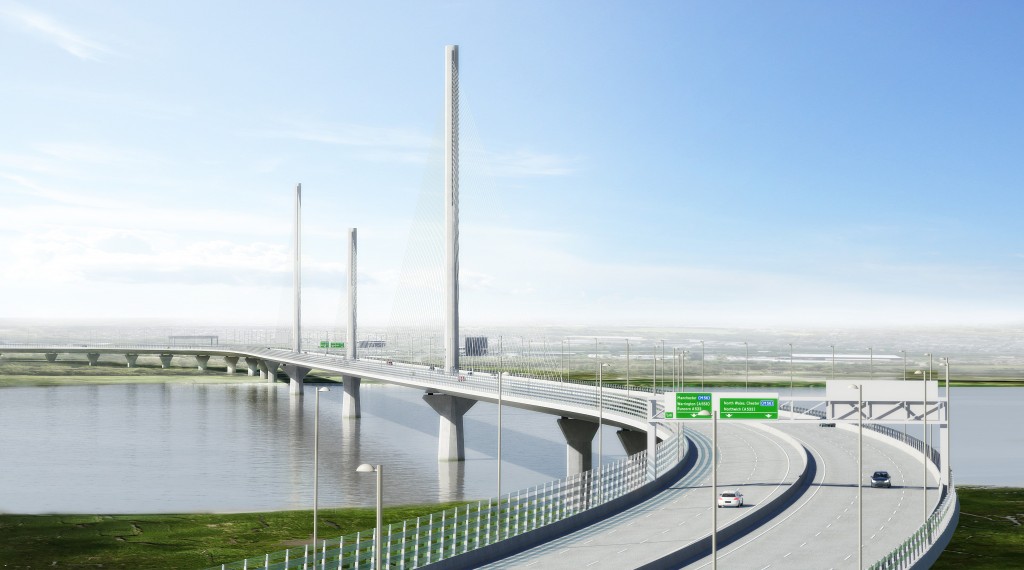 Lanes Group have won a contract to deliver drainage and maintenance to the £600M project.

Drainage engineers based at the Lanes Group depot in Chester have been contracted to provide a range of services including drainage cleaning and unblocking, CCTV drainage surveys and remedial work on existing and new drainage infrastructure.

The Company are working for the Merseylink Civil Contractors Joint Venture – a joint venture consisting of FCC, Kier, and Samsung, the design and construction contractor for this major transport and regeneration project

Ian Clapham, Area Development Manager for Lanes Chester, said: “This is a very exciting project for us. The Mersey Gateway Project is going to make a huge difference to the lives of people and to economic development across the North West.”

The construction project, which began in May 2014, is split into nine sections, with the new bridge itself making up just one of them. The new bridge is being built 1.5km to the east of the Silver Jubilee Bridge and will have six lanes and a toll bridge between the towns of Runcorn and Widnes. Including the approach viaducts on each side, it will be 2,130 metres long with a river span of 1,000 metres. The toll will be free for people living in Halton.

The new £600M cable stayed bridge will be made from reinforced concrete, supported by steel cables, which will be attached to three towers. It will be a landmark structure that will be recognisable throughout the North West.