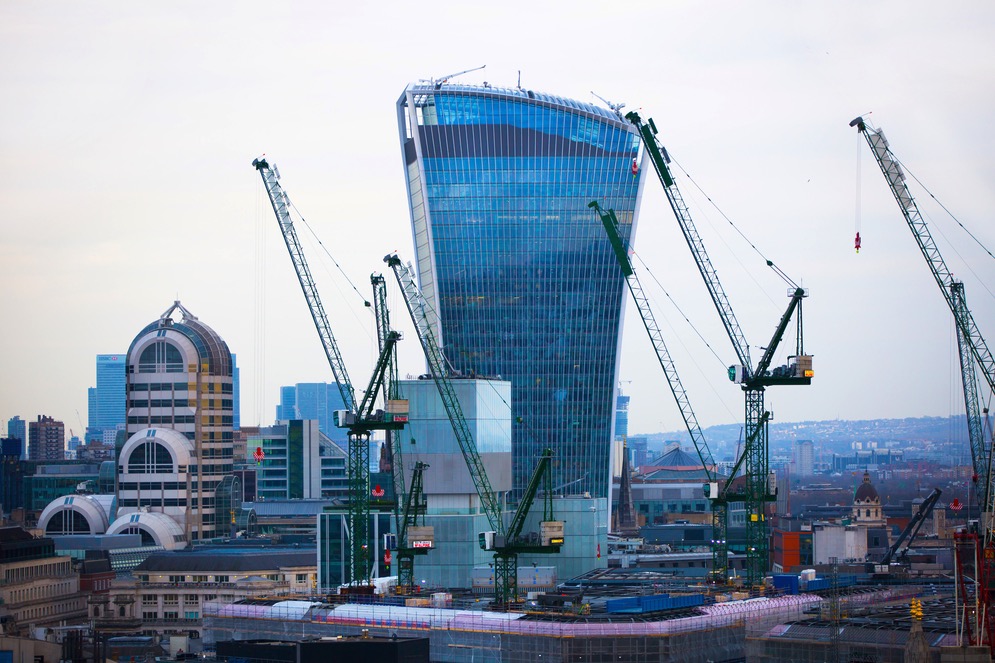 Construction activity in the UK’s main regional cities is surging to levels not seen since before 2008’s financial crisis according to consultancy firm, Deloitte.

In Deloitte’s annual crane surveys, which analyses the number of new projects across the main regional cities in the UK, the construction industry seems to be showing no sign of suffering a Brexit-related slowdown.

In Birmingham, 1.45m sq ft of office space is currently under construction – an increase of 50% on the previous year’s figures.

As HS2 moves closer, the report says that developer confidence has increased dramatically in the region. Rising costs of office development in London has also seen ‘near shoring’ companies relocate staff from the capital to Birmingham and other main regional cities.

As a consequence of this, more homes are needed to satisfy the ever-increasing demand. The UK’s second city saw a rise in residential building with over 2,300 units to be delivered over the next three years.

The city has seen a huge increase in the number of residential buildings constructed, with 6.963 units currently in development. This surpassed 2007’s figures by almost 3,000 units.

Manchester’s skyline will have four new additions with four residential schemes over 25 storeys under construction and a further six planned for 2017.

Grade A refurbishment projects made up 8 of the 9 new starts in office construction and made up 60% of all new floor space under construction during 2016.

The city also saw an increase of 63% in the number of hotel beds under construction – the biggest delivery of complete rooms in ten years.

New construction in Leeds was driven by the office sector, which saw the highest level of office space completed since 2006.

The city was also boosted by a record number of hotels built last year, the highest in the history of the survey.

This year Deloitte extended the crane survey to Belfast for the first time.

The regional survey described the city as on an “upward trajectory”, driven by investment in tourism and higher education.

Last year, seven hotels entered the development phase whilst other tourist-related schemes such as the expansion of the Waterfront Hall conferencing facilities, the HMS Caroline exhibition at Alexandra Dock, and a major public realm improvement scheme along Rosemary Street were also completed.

London saw office construction in London increase 4% over the past six months to 14.8 sq ft – an eight-year high.

A total of 28 refurbishment projects account for 70% of the new starts, providing a boost to the delivery of new office space in 2017.

Tenant demand would appear to be buoyant with 41% of space under construction already let in the capital.

Deloitte’s latest London Office Crane Survey also predicted that the Internet of Things and new technology would revolutionise the workplace with the creation of Intelligent Buildings.

Given the increasing use of digital construction methods such as Building Information Modelling (BIM), it should come as no surprise the advancement of ‘Intelligent Buildings’ is expected to gain momentum in the projects over the next five years.

The survey says the use of intelligent building technology could become an ‘important differentiator’ when it comes to companies choosing their new location.

In order to deal with London’s population growth, expected to reach 10 million by 2024, the survey also examines way in which the demand for residential demand can be satiated.

Emerging office locations such as Vauxhall Nine Elms Battersea, Stratford and White City can play a key role in delivering mixed-use developments were housing and office buildings exist in the same space.

The report states: ‘Whilst this cannot be achieved by buildings alone, an evolution of workplace practices and the desire amongst employees to live close by their place of work will also drive change.’

The success of these mixed-use areas will also depend heavily on access to the public transport network, with major infrastructure projects such as Crossrail, helping to realise this ambition of solving London’s residential shortfall.