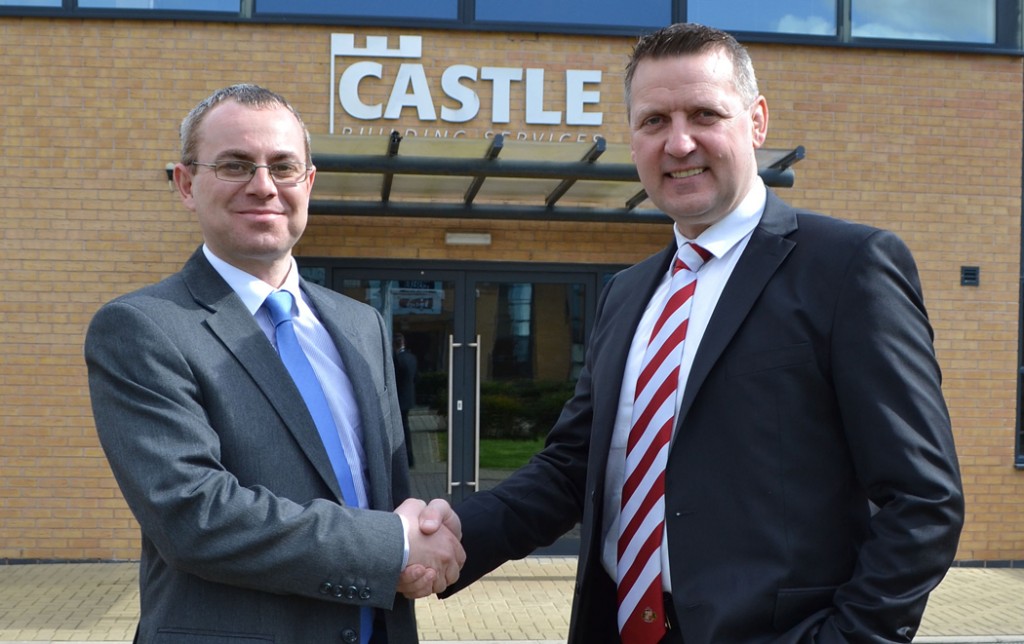 One of the UK’s leading independent building services designers and installers, Castle, has announced a Scottish expansion with the launch of a new office in East Kilbride.

A number of recently completed projects to provide mechanical and electrical design and installation services has prompted the expansion into a second office for Castle including its appointment on Abstract Security (Glasgow)’s speculative development, St Vincent’s Plaza with contractor Bowmer & Kirkland.

The new office will be situated on East Kilbride’s Scottish Enterprise Technology Park and headed up by director Derek Reid, a well-known construction figure due to his former role at Kier. In addition to Derek’s appointment a further five roles will be created with immediate effect.

Castle’s aim is to build on its excellent reputation, which has been developed over the past 13 years, for delivering high quality, innovative design and installation services across a diverse range of sectors, notably education, commercial property and hotels and to establish an autonomous regional office serving its local market with a locally-based resource of construction professionals.

Speaking about the launch of the East Kilbride office, operations director and co-founder of Castle Building Services, Tony Lister said:“We have been working in Scotland for a number of years, successfully delivering a variety of projects including the refurbishment of medieval  Cassillis House, Ayrshire, the development of Tune Hotel, Edinburgh and Hotel Indigo, Glasgow. Following our appointment to the prestigious St Vincent’s Plaza development we felt the time was right to make a greater commitment to the local economy and invest in our new office.

“As the economic climate starts to improve, witnessed recently by strong Q1 figures from the Scottish Building Federation, we see great potential for the Castle brand and look forward to creating sustainable employment in the same way we have done in the North East of England.

“It was important for us to appoint the right person to head up the new venture and I have great confidence in Derek’s ability based on his earlier experience as an electrical contractor and more recently, his key role with Kier coupled with the fact he is a local man and familiar with the market in Scotland. “

Speaking about his new role, Derek said: “I am thrilled to be joining Castle at such a pivotal time in the company’s evolution. I believe this is a fantastic opportunity for both me and the company to create a sustainable business in Scotland. I was impressed by the company’s work practices, customer-focused ethos and high calibre of the existing team and I look forward to adding my extensive experience and contributing to its ongoing success.”

Castle commenced work on the St Vincent’s Plaza site in May 2014, the contract is scheduled to complete mid-2015.