Adjudicators’ decisions: Getting a second bite of the cherry? 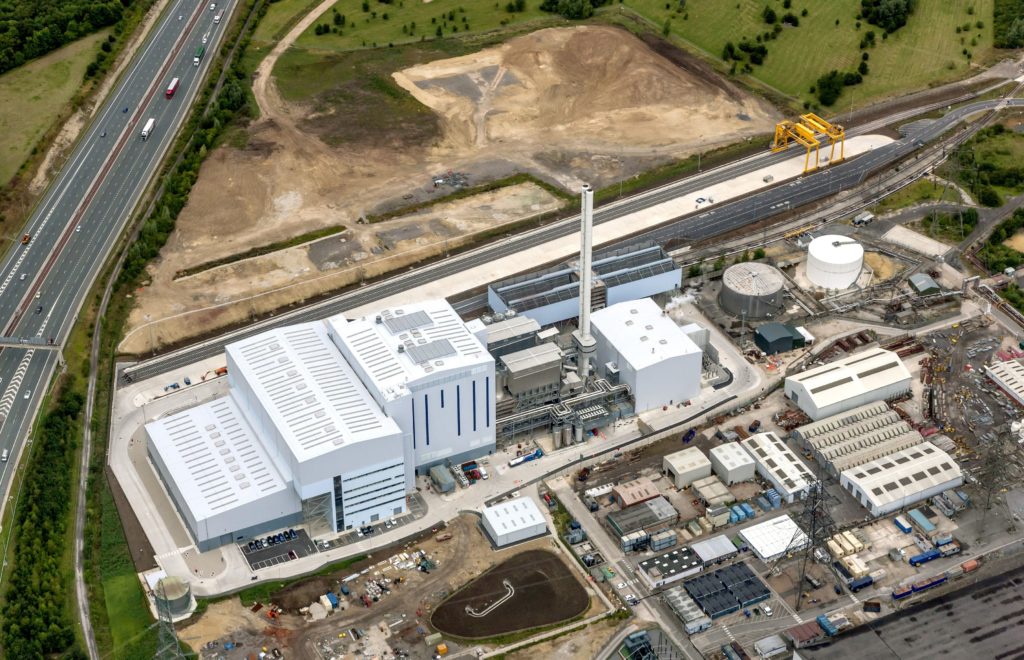 Every now and then you come across construction projects where the Parties have become so embittered towards each other that nothing other than fight to the death will do.

It appears that Hitachi Zosen Inova AG (“Hitachi”) and John Sisk and Son Limited (“Sisk”) managed to develop such a relationship on a project for the design, construction, testing and commissioning of a new coal-fired power station at Ferrybridge in Yorkshire, entered into in 2012. Why do I say this? Well, we know that seven years on there have been eight adjudications between them so far on this project. Who knows where the Parties are heading next but it is unlikely to be to sit down and have a pull on the proverbial peace pipe.

Anyway, I am straying away from the subject I want to discuss in this article, which is “When is a decision not a decision and when is it legitimate to adjudicate a dispute when, it is argued, that dispute has already been decided in an earlier adjudication?”

In Hitachi Zosen Inova AG -and- John Sisk and Son Limited [2019] EWHC 495 (TCC) the court had to decide whether an adjudicator, in an eighth adjudication between them, had jurisdiction to decide what sums were properly payable by Hitachi to Sisk in respect of a specific variation described as Event 1176. Hitachi argued that the adjudicator had no jurisdiction to reach such a decision because the same dispute had already been decided in an earlier, second adjudication between the parties in front of the same adjudicator. As we all know, you cannot adjudicate again on a dispute that has already been decided. These are the relevant facts:

During the proceedings both Parties made submissions on the value of Event 1176. It is clear that whilst Sisk was trying to persuade Mr Pontin, the appointed adjudicator, to decide that the value of Event 1176 was £1,092,497.45, Hitachi was trying to persuade the adjudicator that the sums claimed had not been proven by Sisk to the necessary contractual standard.

In Mr Pontin’s decision, which required Hitachi to pay Sisk £332,222.27 plus VAT, the adjudicator decided the value of Event 1176 as £nil in an Appendix forming part of the decision.

Within the main body of the adjudicator’s decision appeared the following paragraph.

“Both Sisk and [Hitachi] at times seek to rely on unsupported costs in their respective valuations. Absent common ground in the parties’ approach to valuation, I have applied contract rates and allowances where I am directed to them and am satisfied that they are sufficiently evidenced, alternatively Costs and Expense where sufficiently evidenced. If I have insufficient evidence to conclude a valuation I have had regard to any admissions made by either party and applied those to my valuation. In very many cases however the detail provided both in Application 6 and Payment Notice 6 falls short of that required by clause 30.1 and in such situations I have been unable to conclude a valuation for the purposes of Interim Application/Payment Notice 6. This is not to say that no value is due on a subsequent application, but rather, that none could be ascertained as due for this Application 6/Payment Notice 6.“ (emphasis added)

It is clear that whilst the adjudicator was satisfied that Event 1176 was a variation, Mr Pontin did not find that Sisk had proven its entitlement to payment on any sums claimed in respect of Event 1176 in its interim application for payment Nr 6.

On 3 November 2017 Sisk issued another interim application for payment in respect of Event 1176, supported by new material and for a revised value of £999,959.59. Hitachi once again rejected Sisk’s claim for payment arguing that “the claim lacked contractual merit”.

On 20 June 2018, Sisk issued a Notice of Adjudication to Hitachi in what was to become the eighth adjudication between the Parties. Mr Pontin was once again appointed as the adjudicator. Solicitors acting for Hitachi raised a jurisdictional challenge at the outset of the proceedings asserting that Sisk’s claim was for the same or substantially the same as that advanced in the second adjudication between the Parties. As such, Hitachi asserted, the adjudicator lacked jurisdiction to deal with the referral.

In a letter dated 3 July 2018, Mr Pontin said this in response to Hitachi’s jurisdiction challenge:

“In addition I decided that for the purposes of Application 6 that Sisk had not complied with the provisions of clause 30.1 and stated that “I do not have sufficient details to value the works and hence for the purposes of Payment Notice 6 my value is £nil.” The fact that “£nil” was entered onto my spreadsheet does not alter the meaning of the words used in the body of my Decision. I could not conclude a value for Event 1176 in that Notice and as a fact I did not decide a value for event 1176.”

Mr Pontin proceeded with the adjudication, issued his decision on 31 August 2018 and, in relation to the treatment of Event 1176 in the prior adjudication between the parties, he wrote:

“249. My decision was that the Event 1176 Works I [sic] constituted a Variation that require a valuation, that is, I decided the liability issue as between the parties.

“250. I cannot and do not reconsider that decision here, but I accept that in reaching a decision as to the valuation of the Event 1176 Works, such decision having not been made in the Second Adjudication, I do need to consider whether the requirements of the Contract have been met as regards that valuation.”

The adjudicator went on to decide that Sisk had demonstrated an entitlement to be paid the sum of £825,703.17 by Hitachi plus interest in respect of Event 1176.

In proceedings brought by Hitachi in the TCC, Hitachi sought a declaration that the adjudicator lacked jurisdiction to deal with the valuation of Event 1176 and, in effect, the decision in adjudication number eight was a nullity.

The court decided that the adjudicator in the eighth adjudication between the Parties had jurisdiction because the same adjudicator in the second set of proceedings had declined to put a value on Event 1176. His decision on value in adjudication number two was in effect a decision not to decide a value due to a lack of evidence. In summing up, this is what the presiding judge, Mr Justice Stuart-Smith, had to say:

“42. It is worth considering the consequences of the parties’ respective contentions. In advance of the hearing, Hitachi’s written position was that Sisk could not get any valuation (or payment) for Event 1176 until it made its application for final payment under the contract. During the hearing Mr Walker QC submitted that, on the facts of this case, Sisk are in fact shut out permanently from recovering any payment for Event 1176 despite the decision of the adjudicator in the second adjudication that Event 1176 should properly be regarded as a variation which fell to be valued. The first of these submissions is draconian; the second is, to my mind, so extreme as immediately to cast doubt on its validity. Common to both submissions is the assertion that the second adjudication decided the value of Event 1176 (which I have held that it did not do) and that the non-referral to the Courts within 10 business days made that valuation final and binding. If one assumes for the purposes of argument that the adjudicator’s decision on value in the second adjudication was correct, it begs the question what could Sisk have then referred to the Court for decision? When asked, Mr Walker QC had no answer to that question. The consequence would therefore be that where Sisk failed in an application for payment for want of evidence, it would automatically be prevented from obtaining payment for work it had properly done pursuant to an instruction which qualified as a Variation under the contract either for ever or until its application for final payment. This seems to me to be a contractual trip-wire that requires clear contractual language: and there is none. Furthermore, it sits uneasily with Clause 37.2(c), which permits the Purchaser’s Representative to adjust any previous over or under payment in a Payment Notice subsequently issued. The other consequence, if Hitachi’s submissions were correct, would be that the smaller the margin by which Sisk failed to prove an item in an early adjudication, the more powerful would be the argument that it was precluded from bringing back that item for payment in a later Payment Application and adjudication. So, a major item of cash-flow could be lost for want of an evidential horseshoe nail. This seems quite contrary to the well-known policy considerations lying behind arrangements for interim payments and interim adjudications, which is to secure cash-flow relatively quickly and cheaply but with the possibility of correcting adjustments later if necessary.”

Is this a second bite of the same cherry that will encourage serial adjudications over the same dispute? For me, the answer is no. This judgement is nothing more than a common sense analysis of what was referred to the same adjudicator in two separate adjudications and what was decided by an experienced decision maker who knew what he doing. Although some might say this judgement will encourage parties to scrabble around to find some part of a claim which has not been decided in order to run a further adjudication on the same claim based on “new” information which has come to light, these sorts of endeavours are likely to fail. A decision that there is no decision on a particular matter, for whatever reason, may still, however, be a matter that may be referred again to adjudication at a later date.

Peter Vinden is a practising arbitrator, adjudicator and mediator. He is Chief Executive of The Vinden Partnership and can be contacted by email at [email protected]. For similar articles visit www.vinden.co.uk.

Adjudicators and Allegations of Fraud

Allegations of fraud are not unusual during adjudication proceedings, as Peter Vinden - CEO of Gateley Vinden -

18 months on from Grenfell, Peter Vinden - Chief Executive of Gateley Vinden - asks "is anybody listening?"

The latest statistics from the ONS show construction output is continuing its recent decline.

Construction is basking in early summer sun with figures hitting a seven-month high in June.

The latest statistics show a difficult start to the year for the industry, with a decline in output

The latest IHS Markit/CIPS Construction PMI® data has been released.

The latest ONS figures for construction output have been released.

Steady as she goes