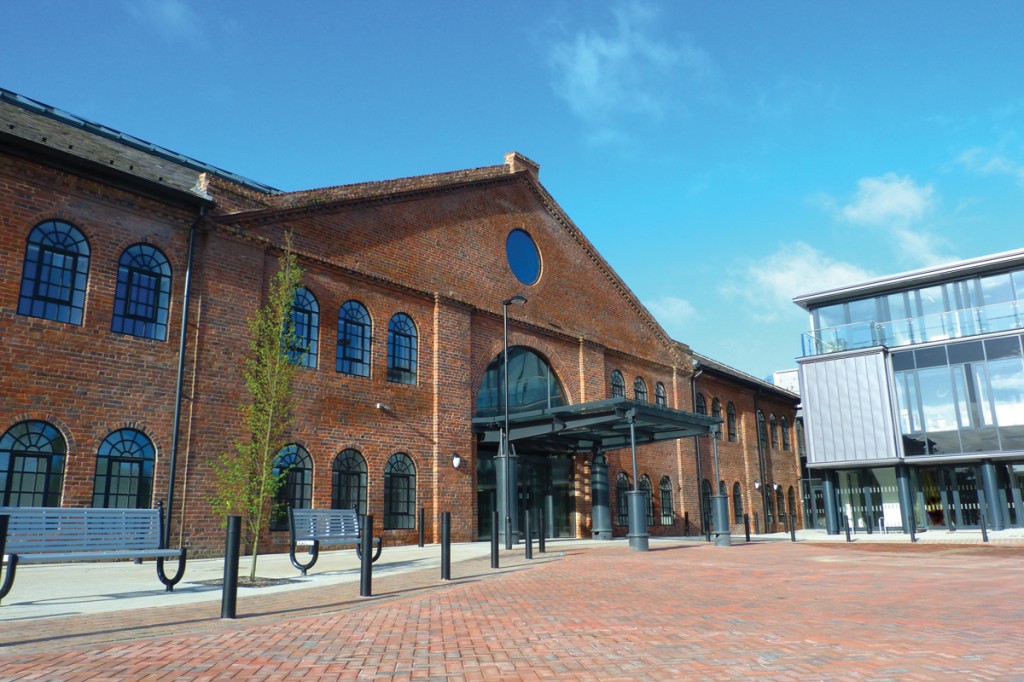 A new £8.5M super surgery opened its doors to patients in April.

Created from the ruins of the historic Foster and Rastrick foundry where the famous Stourbridge Lion steam engine was built, the state-of-the-art health centre will be one of the biggest of its kind in the country.

It has seen the area around the River Stour spruced up, which included some landscaping, and there is also a 132-space car park.

One of the most striking features at the centre is the main arch, located on the Stour elevation. This arch was provided by The Window Centre, a local (Solihull) based company, specialising in high quality bespoke glazing solutions.

The Window Centre was contracted to help with the renovation to not only solve some of the more challenging aspects of the structural glazing but also be considerate to the building’s heritage and combine substantial areas of curtain walling to the modern areas of the project.

It has served to benefit Lion Health Centre greatly. The Stour elevation has a seven-metre diameter arch where the steam locomotive used to come out of. The Window Centre was commissioned to put a curtain walling shaped frame into the arch with bi-parting doors and some particularly large areas of glass.

The Company has undertaken practically almost all of the work on the curtain walling, amounting to 100m of curtain walling, many aluminium doors, arched glazing, parallel openers and light wells.

A particularly impressive feature on the building is the large canopy at the front, which protrudes out of the aluminium arch. Pistons support the canopy, designed to look like the very same pistons that came off the side of the Stourbridge Lion, which was the steam locomotive.

What is striking about this feature on the centre is the amount of detail, such as glazing bars used on the roof that were designed to look like the rails that the locomotive would have run on, which is a great nod to the history of the site.

Standing at the entrance of the arch, another set of doors are visible, and there are two sets of bi-parting doors. Right through the building, at the very end, the Window Centre has installed another frame. Behind this is a casting of two life-size people in flat caps and suede, which again ensures the history of the site is remembered throughout.

The Window Centre was able to maintain its high standards despite adverse weather conditions at the centre, which has benefited from approximately 20 different styles of product.

The Grade II listed building has retained its wrought and cast iron unsupported single span roof, which was the largest in the world when built in 1820, and old foundry equipment is given a new lease of life as bicycle parking outside.

The site is being leased to the GPs by healthcare investors Primary Health Properties, and also those who are working here are understandably excited.

Dr Carol Griffiths said: “As well as being a much more pleasant environment for our patients, it’s going to be fabulous to all be on one site.

“As a teaching practice, we also host a number of GPs in training and medical students and we now have some dedicated space for education, as well as meeting rooms.”

The Architect for the project was Abacus Architects, and the Main Contractor was Amphion Construction.

Work started in October 2012 and is now complete.