Originally known as the Millennium Stadium, when the Principality Stadium in Cardiff opened in 1999, it was the first venue in the UK with a fully-retractable roof. Twenty years on, the national stadium of Wales welcomes an average of 1.3 million visitors every year. It is well known to rugby fans as the home of the Wales national rugby team, hosting some of the biggest events in the sport, including matches from the Rugby World Cup and the RBS Six Nations.

As part of an extensive site-wide maintenance and upgrade project, 220m2 of open basement area needed to be levelled, finished and ready to withstand foot traffic within a short timescale of just three days.

The open basement area needed to be repurposed to become a plant room. As it was previously open to the elements, it had required drainage, so the inclined subfloor needed to be made level by an average of 18mm ready for the installation of a pump and a generator. 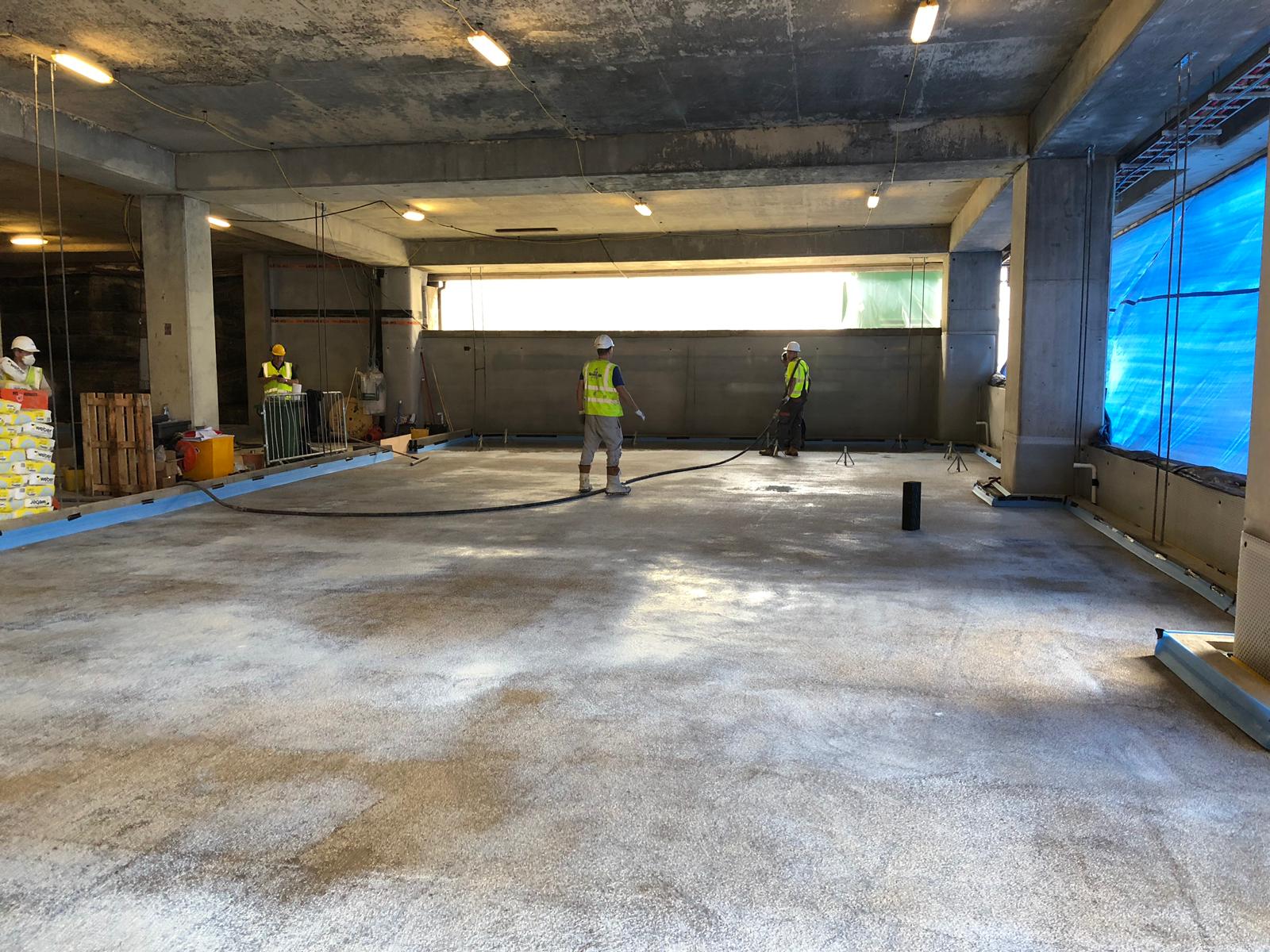 The flooring elements of the project were run by TPS360, an industrial and commercial flooring provider and installer tasked with completing the new subfloor within a three-day window.

“It was important that we used products that would maximise the time we had available to us,” said Tim Bratcher, operations director at TPS360. “With such a tight time scale, everything needed to run on time. We’d worked with Weber on other smaller projects, so knew they would be able to help us to pick the best combination of products so that everything ran smoothly.”

To prepare the existing floor for the screed, TPS360 used weberfloor 4716 flooring primer. The team then applied weberfloor fibre 4310 self-smoothing base screed to 220m2 of floor space within three hours. The lowest point of the original subfloor required 27mm of screed, and at the highest point only 5mm.

Another layer of weberfloor 4716 primer was then added and, once dry, the weberfloor industry rapid 4655, a hardwearing topping screed, was applied. 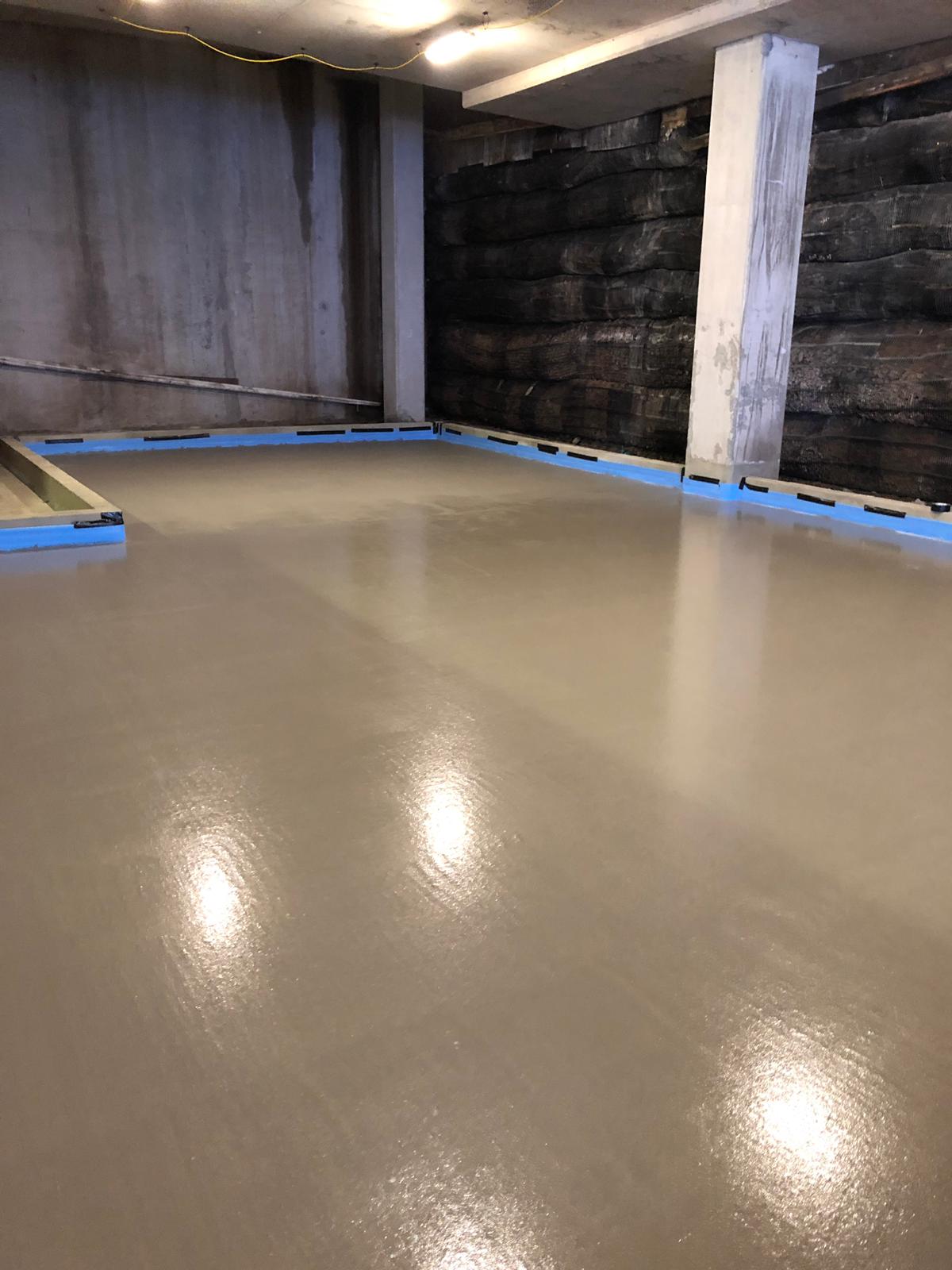 As this was the first major commercial project that TPS360 had specified Weber products for, Phillip Powell, application manager, and Ian Brookes, specification sales manager, from Saint-Gobain Weber came to the stadium to provide technical support to the team on site.

Phillip Powell, application manager at Saint-Gobain Weber, said:
“Anyone that comes to the Weber Technical Academy gets application support on their next flooring project. We come to site to help them set up machines, check they have the right water to material ratio and help them to check the product consistency, just to get them started and make sure they’re happy with the system they’re using.

“The Principality Stadium is one of the first projects to have used our flooring screeds since they have included Low Dust Technology™. Everyone on site noticed the difference and less dust meant less cleaning up after the initial installation, which helped the project to move even faster.”

Low Dust Technology™ is now included in all Weber flooring products as standard. The innovative formulation was launched in 2009 in a number of tile fixing products as part of Weber’s commitment to improving the working environment of its customers. The addition of the technology dramatically reduces airborne dust created during pouring and mixing, meaning less waste and post-application cleaning time

The subfloor was completed within the required timeframe allowing the rest of the works to continue as planned. TPS360 finished the floor with a hardwearing epoxy resin coating. Final floor coverings can be applied to the weberfloor industry rapid 4655 after 24 hours, depending on thickness and drying conditions.

“We were really pleased with the speed at which we could apply the screed and that after each layer we only had to wait a matter of hours rather than days before we could make any progress,” said Tim. “It meant that we could do our part and clear out ready for the other trades that needed to come in as soon as possible. Jobs that run to time are every contractors dream, so we’d definitely use Weber again for a project like this.”

As part of a large scale refurbishment programme, the Sheffield Teaching Hospitals NHS Foundation Trust has upgraded the

Back from the brink: repair over demolition

With its brutalist concrete structure deteriorating, the imposing Hatfield Road multi-storey car park in Slough was at risk

Located in Conwy, North Wales, Ty Gobaith is part of Hope House Children’s Hospices and is surrounded by