Why we need more women in construction 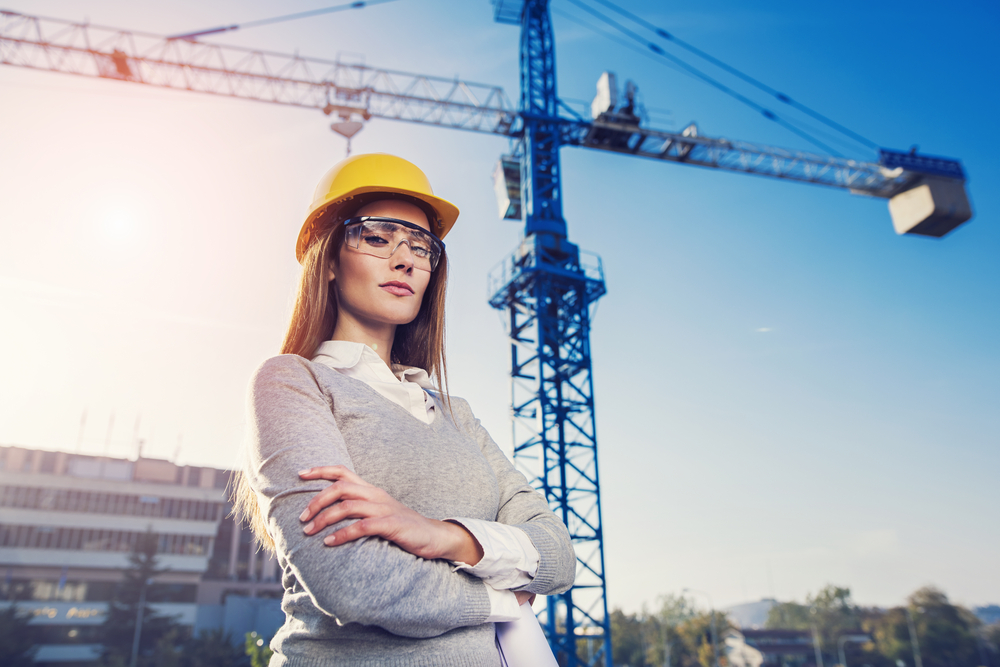 Working in construction is not just for men. More and more women are picking up a sledge hammer, breaking down barriers and smashing gender stereotypes.

But women remain massively underrepresented in the sector. And if we have any hope of overcoming the massive skills shortage the UK industry is faced with, it will become ever more crucial to encourage women to choose a career in construction.

It seems almost poetic that 100 years after women won the right to vote, which was in a large part due to women starting to do ‘men’s work’ during the First World War, women are again needed to help deal with another urgent skills shortage.

With an aging workforce and fewer young people choosing construction, the industry remains in dire need of those with the appropriate skills. According to Reuters, the UK needs to take on 400,000 new people each year to build all the new homes we need.

Although still very much a male-dominated industry, it’s increasingly common to find women working in all fields of construction, from plumbing and bricklaying to buying and bid writing. According to Go Construct, a sizeable 37% of new employees choosing construction after university are women and approximately 14% of all construction industry professionals are now female. It does seem then that gender equality in the UK has come a long way over the last century; however, we’ve still got a long way to go.

How do we encourage women into construction?

If more women are going to choose a job in construction, some things will have to change. And perhaps the most important of these being the gender pay gap.

The construction industry employs a massive 2.1 million people in the UK and according to the Women in Construction Summit, only 11% of these employees are women. This low figure is no surprise when you know that shockingly women are paid, on average, 12% less than their male counterparts in the same role. This glaring disparity has to be addressed if the UK has any hope of women seeing construction as an attractive career option.

Gender inequality in the industry

It would seem women entering the male-dominated construction arena also have to be fairly thick-skinned. According to a study by Randstad, a third of women asked who work in the sector had experienced some form of discrimination and 31% had experienced inappropriate comments from male colleagues.

Women also need to see more role models in the industry. If more women hold senior roles in the sector, more younger women will consider construction as an option.

Not just for boys

Sadly you’ve only got to step inside a toy store to see that gender stereotyping is still alive and well. Girls choose from the range of baking or beauty-related toys — usually in pink packaging — and boys get to pick from the building and construction toys in the blue boxes. So it’s not really surprising that most girls just don’t imagine themselves being a health and safety officer or a quantity surveyor when they grow up. These deep-rooted perceptions of gender roles need to be extracted before we have any hope of an equal construction site.

To avoid getting left behind, the building sector needs to embrace more firmly our age of equality.

Attract more women into all areas of building and engineering and the UK construction industry will be stronger, more productive and (dare I say it!) more organised. But how else can you improve the productivity and effectiveness of your organisation?

In addition to employing more women, having tracking systems installed in your work vehicles means you’ll be able to ensure driver efficiency by keeping an eye on driving styles, routes taken and unauthorised usage. And you can easily access historical journey reports. Tracking technology also reduces your insurance premium and helps to deter vehicle theft.

So, if you’re looking for ways to build a stronger business, call 0161 476 4050 to discuss how a Phantom tracking system can help you.

Fall in Love with Your Fleet this February

When on the road or on the roadside, your fleet is one of your most important advertising tools.

Tech Takeover: Construction Innovations Set to Give our Sites an Update

The pace picks up on new innovations as construction moves towards a technological overhaul.

Phantom highlights the need for greater awareness around the topic of mental health.

How to Protect your Assets in the Construction Industry

Say ‘Hi’ to Hybrid: Why the Future is Electric for the Construction Industry

Phantom explores the rise of hybrid technology in construction.

Looking to the Future: Why Apprenticeships Matter

Phantom outlines the importance of tapping into future generations.

Time For a Technological Revolution

The UK construction industry has been suffering a severe skills shortage for years.

Building the Future: The Biggest Construction Projects of 2018

Most of us look forward into the New Year with hopes of new ventures, transformations and opportunities.

Stay Safe on Site during the Winter Months

Is Going Green a Distant Dream?

Housing accounts for almost one third of all CO2 emissions from the UK, from the gas we use

The Importance of Good Architectural Design

Our mental health is heavily influenced by the walls we spend our time within.

The Skills Shortage and the Rising Cost of Construction

Key trades in the construction industry are currently in short supply. According to the Chief  Executive of The

Discover the importance of tracking.

Deploying a GPS fleet tracking system can save fuel by reducing idling.

How to reduce the impact of plant theft on your business

More than £70M of construction plant has been stolen from sites in the UK.