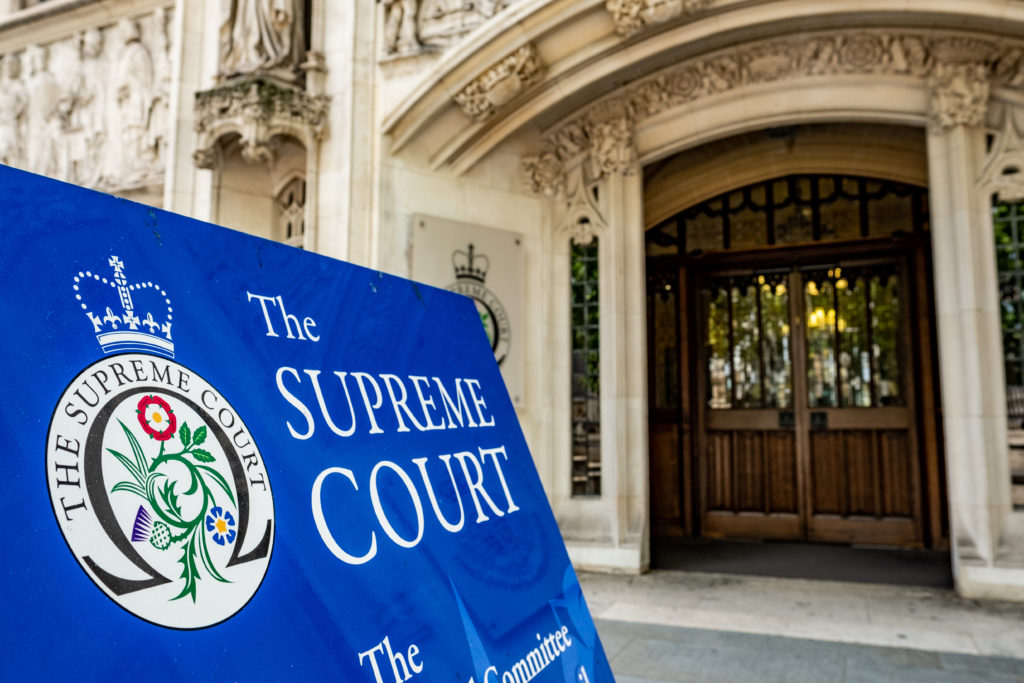 It is not every day that we receive a judgement from our Supreme Court. When we do, we know that something important is going to be contained in the judgement that will clarify, re-state or correct a point of law. In doing so the court shapes our future legal landscape and provides a legal authority, framework and guidelines for future cases that touch on the same subject matter.

This case is of fundamental importance to the UK Construction Industry because it deals with what many people regarded a clash and incompatibility of the adjudication regime and insolvency law.

The dispute between Bresco and Lonsdale has an interesting history. It has experienced an adjudication in 2018, a visit to the Technology and Construction Court in the same year, a visit to the Court of Appeal in 2019 before the Supreme Court issued its judgement last week. The story is not over yet and, for reasons that I will later explain, there is still an adjudication to conclude and possibly, depending on what the Adjudicator decides, a further trip to the court to deal with an enforcement application.

In 2014 Bresco entered into a sub-sub-contract with Lonsdale to undertake electrical works on a project in London. In March 2015, Bresco entered into liquidation. By the time Lonsdale completed Bresco’s outstanding work a substantial row had broken out. Bresco claimed that it was owed in the region of two hundred and twenty thousand pounds for work done up to termination of the sub-sub-contract. Lonsdale in turn claimed to be owed in the region of three hundred and twenty thousand pounds from Bresco as the additional costs Lonsdale says it had incurred in completing Bresco’s work.

In June 2018 Bresco commenced an adjudication to seek a determination of the dispute. Lonsdale immediately raised a jurisdiction challenge arguing that any right to payment under the sub-sub-contract had been replaced by the insolvency rules forming part of the 1986 Insolvency Act. These rules included the mutual rights of set-off of all claims and cross-claims and the ultimate determination of a single sum which may or may not be then due. Lonsdale argued that the Adjudicator lacked jurisdiction to undertake such an exercise. The Adjudicator decided in his non-binding view that he did have jurisdiction to deal with the Parties’ dispute.

Unhappy with the Adjudicator’s ruling on jurisdiction, Lonsdale issued Part 8 proceedings in the TCC requesting a declaration from the court that the adjudicator lacked jurisdiction and an injunction to restrain Bresco from pursuing its claim in adjudication. The court decided in favour of Lonsdale finding that, upon the appointment of a liquidator, the disputed claims and cross-claims made by the Parties prior to the liquidation ceased to be capable of enforcement and were replaced with a single debt that had to be calculated pursuant to the insolvency rules. The court decided that an Adjudicator lacked jurisdiction to conduct such a calculation.

The Court of Appeal Judgement

Unhappy with the Court of Appeal’s decision to allow the injunction to remain in place, restraining it from pursuing Lonsdale in an adjudication, Bresco appealed to the Supreme Court requesting the court to reverse the decision of the Court of Appeal and to allow it to pursue its claim in adjudication. Lonsdale also cross appealed, requesting the Supreme Court to decide that the adjudicator lacked jurisdiction to continue with the adjudication.

The Supreme Court, in its judgement, addressed what was said to be an apparent incompatibility between adjudication law and insolvency rules of set-off as identified by the Court of Appeal.

In a unanimous decision it was held that there is no incompatibility between adjudication law and insolvency rules of set-off. An Adjudicator has jurisdiction to deal with a claim brought by an insolvent party and he or she has the power to investigate and decide upon the merits of claims and cross-claims advanced in the adjudication in order to determine the question put to the adjudicator.

The Supreme Court went on to lift the injunction preventing Bresco from pursuing Lonsdale in an adjudication, finding that both the TCC judgement and Court of Appeal decisions were wrongly decided and Bresco should be allowed to pursue its claim in a forum of its own choice. There were no public policy reasons that should be applied to prevent Bresco from continuing with its adjudication against Lonsdale.

It is not only clear that there are now no barriers to prevent an insolvent claimant from pursuing a claim under a construction contract, the Supreme Court considers that Adjudicators are ideally placed to determine the single sum that may or may not be ultimately due after all claims and cross-claims are taken into account.

This judgement provides a resounding endorsement for the adjudication regime and clears up, once and for all, an area of uncertainty regarding the interplay between adjudication and insolvency law.

There is no doubt that insolvency practitioners up and down the land will be pleased with this judgement and it may well mark the start of a run of adjudications by Insolvency Practitioners. To add a note of caution, however, it has to be remembered that having the right to adjudicate is one thing, obtaining a decision in your favour is another and then being able to enforce the decision in court is a different proposition entirely. There is no doubt that a successful claimant who is insolvent will need to offer some form of security in the form of a bond, insurance policy or similar security before a court will look to enforce an Adjudicator’s decision but at least we now know that such an event has gone from what was an extremely unlikely event to one that is now entirely possible.