Encouraging girls to consider a career in construction 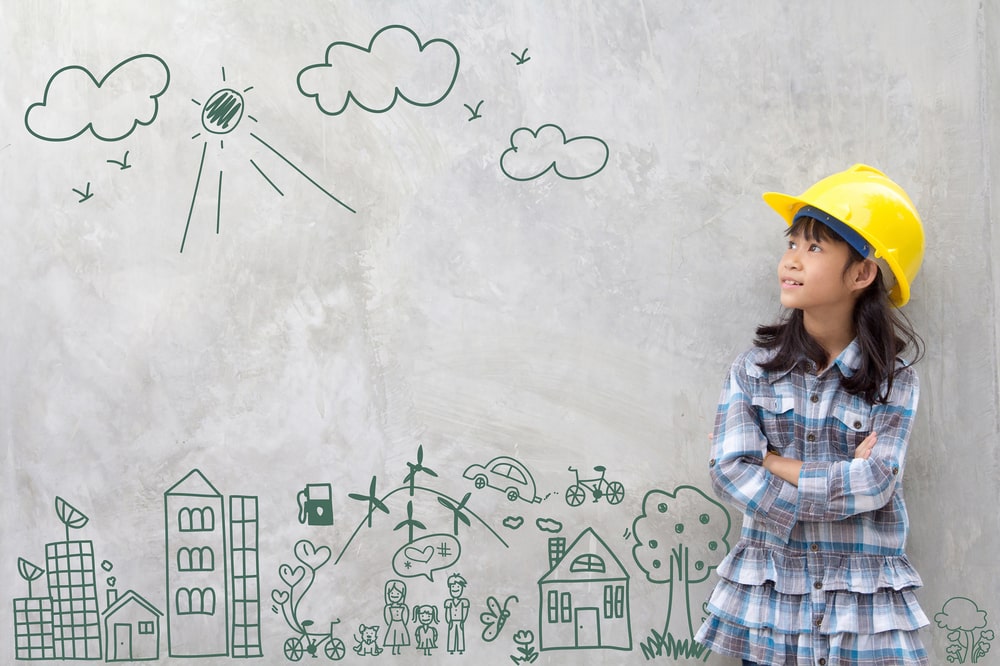 Setting foundations for the future is something every parent hopes to do for their child and STEM (science, technology, engineering and mathematics) learning is a huge part of this. STEM learning allows children to grasp fundamental concepts about the natural world from a young age, which will lay the groundwork and possibility for deeper learning later on in their education.

This concept doesn’t have to be limited to the classroom either, parents can support and aid early STEM learning outside of the classroom. In this article, Protrade takes a look at the shocking truth of the lack of female workers in construction and what parents, teachers and the industry itself can be doing to change this.

Women in engineering and construction

Historically, it has been conventionalised that the engineering and construction sector has been male-dominated. Despite the engineering industry being one of the fastest growing in the UK, women still only make up a small proportion of the workforce.

However, in recent years there has been a lot of attention being paid to making these sectors more diverse, to make it more acceptable for women to be a part of them; whether that be a craft or technical roles as well as managerial roles.

Having said that, there are still a number of issues which are affecting the retention and progression of aspiring female leaders. From receiving inappropriate comments and being overlooked for important projects, to a lack of senior female role models, many women within construction are allowing factors such as these to impact their career decisions.

There are many benefits to having a diverse workforce, including increased productivity and creativity and even boosting a brand’s reputation. By 2020, it is predicted that 26% of positions in the industry are expected to be filled by women.

How can we encourage girls to consider construction?

It is no secret that females aren’t opting for careers in the construction industry at a rate that has been hoped for, and especially not within roles where workers are desperately needed. It is important to encourage the next generation of workers to consider choosing a career in construction – not only to create a more diverse sector, but because the industry is facing a problematic skills shortage. With an ageing workforce and a lack of interest from young people, the construction industry looks certain to face a skills crisis in the next decade.

Set them up for success

Whether your daughter wants to be a teacher or a structural engineer, there are ways you can support her in her early years; teaching your daughter fundamental skills early on in their education will encourage enthusiasm. This will allow them to succeed in further education in relevant subjects as well as follow relevant steps in pursuing a STEM career path.

Don’t force it – make them aware of options

Think outside of the box – children are easily influenced and there are many factors that mould them into the person they will be in the future. By opening their eyes to stuff they won’t tend to experience on a day-to-day basis, they will have a broader mindset and begin to make their own decisions. Encouraging hobbies and extracurricular activities that are related to construction such as small jobs around the house will spark natural curiosity. Even aspects such as TV shows and children’s toys are much more diverse – Barbie even comes as a builder now.

For many children, it is their upbringing and early experiences that influence who and what they want to become – so by opening their eyes to further opportunities, hopefully meeting demand in engineering and construction roles and careers can be done.

It is possible that young girls – and women alike – might find the work environment within this sector intimidating due to its notoriously bad reputation. This bad rep has had a detrimental impact on businesses’ ability to recruit and retain people with the correct skills, meaning 1 in 5 roles are left unfilled.

With that being said, the roles available today aren’t just about hard hats and dirt – technology has allowed for a lot more opportunity. Construction is rapidly evolving and by bringing awareness of the industry’s diverse opportunities to girls through community involvement and education, young women can be encouraged to pursue a career and be a part of something innovative and rewarding.

There are many different career options available, with plenty of them offering progression. From quantity surveyors, to site managers and electricians there are many options available. Making young girls aware of the benefits and opportunities within these roles is priceless. What’s more, having something – or someone – to aspire to is often all that’s needed to inspire change and initiate action.

As it stands, UK construction companies need to spend more time ensuring positive messages are sent out and get better at celebrating and drawing attention to the achievements of women and the exciting things they are doing within the industry. It is important to take advantage of the digital world – social media channels and blogs are a great way to provide coverage and creates awareness about the work of existing females and the kind of opportunities that are on offer.