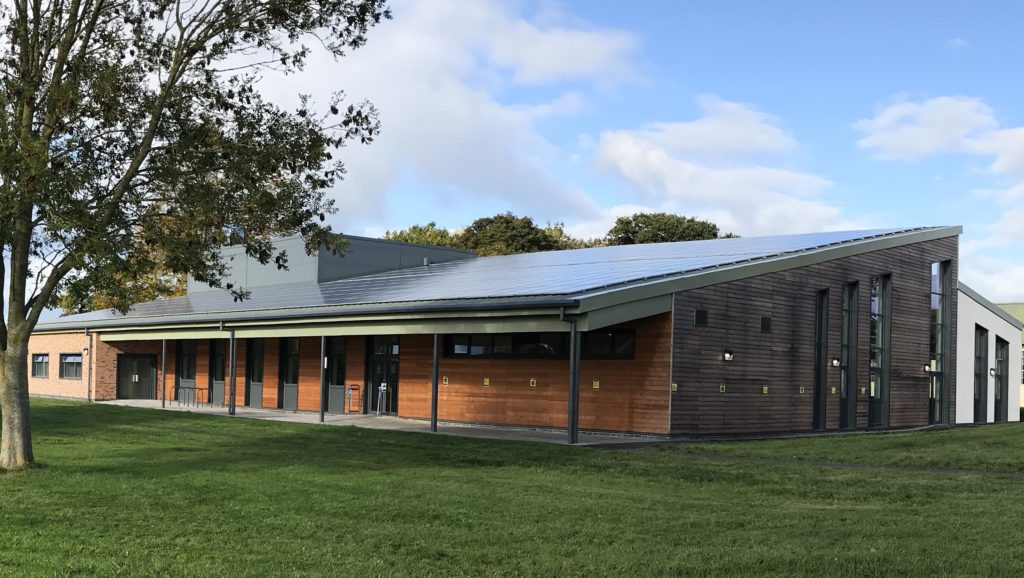 Landmarc Support Services (Landmarc) works in partnership with the Defence Infrastructure Organisation (DIO) to provide the support services that enable our Armed Forces to live, work and train on the MOD’s Defence Training Estate. Here, Allan Fox, Head of Programme Delivery at Landmarc, reflects on a year of significant construction development and investment on the Estate.

In 2020 Landmarc launched its new Business Plan, which identified the successful delivery of the Command Infrastructure Delivery Plan (CIDP) as one of its highest priorities. The CIDP details what infrastructure work is needed across the Training Estate and how Landmarc is jointly expected to deliver on its requirements.

Over 80 per cent of Landmarc’s overall programme of Additional Works is made up of CIDP tasks, which is managed by six regional programme delivery teams, supported by core staff and the wider support functions within the business.

Despite the challenges presented by the global pandemic, Landmarc’s financial year (FY) 20/21 has been a record year for programme delivery, with several standout developments making a positive impact on the Defence Training Estate.

One of the most notable projects over the last year was Phase One of the £45m Net-Zero Carbon Accommodation Project (NetCAP), which has already delivered the Defence Training Estate’s first carbon-negative buildings, making it a significant contributor to the Government target to achieve net-zero carbon emissions by 2050.

In total, the programme will provide 44 new carbon-efficient accommodation blocks, with some 1,900 bed spaces, which will undoubtedly improve the lived experience for our Armed Forces.

Fifteen blocks were delivered during the last financial year at Westdown, Knook, Nesscliff, Brunswick and Castlemartin Camps, providing 650 bed spaces, and even during its early stages, the programme has been recognised by the MOD Sanctuary Awards team, achieving a Highly Commended award for Sustainable Construction.

Infrastructure enabling works in Kirkcudbright have also commenced to support the trial of the British Army’s new multi-role, fully digitised Armoured Fighting Vehicle (AFV). These works will provide a new 1.5km looped battle-run, combined with a new moving target system, to help rigorously test the versatility of these new fighting vehicles prior to them entering operational use.

On the rural estate, Landmarc has delivered over £1.7m of work through the Conservation Stewardship Fund to improve the natural and historic environment of the Estate.

Landmarc is also keen to support the DIO with its approach to land management following the release of the MOD’s Climate Change and Sustainability Strategic Approach, which has a focus on woodland creation and projects to support carbon sequestration.

The Integrated Rural Management Plans and Long-Term Forest Management Plans, which Landmarc has led from the outset, are now firmly embedded into the management of the rural estate and will play a major role in future sustainable land management initiatives.

As the UK went into lockdown in March 2020, Landmarc was completing a very busy few months of felling trees infected with Ash Dieback on Salisbury Plain, an operation which saw the felling of over 100 hectares of ash at Ashdown Copse near to Tidworth in Wiltshire, in extremely challenging weather conditions.

At the same time, Landmarc’s teams were felling ash at Stanford Training Area in Norfolk and Sennybridge in Wales, as well as completing standard harvesting works at Barossa Training Area near Sandhurst.

Perhaps the most ambitious project delivered last year was the felling of 800+ infected ash trees along the A345 in Wiltshire, which involved months of planning, booking road space and traffic management, and was completed with hugely successful results. Work will continue this financial year to ensure the Training Estate continues to lead the way in the management of this destructive fungal disease.

No one can dispute that 2020 has been a year like no other, and Landmarc teams across the Estate have stepped up to help the military’s Real-Life Support (RLS) teams to establish essential quarantine facilities (QFACs) at pace at locations including Beckingham, Capel Curig, Crowborough and Swynnerton to support troops preparing for pre and post overseas deployments.

This included essential welfare facilities, such as secure, high-speed broadband internet, initially trail-blazed at Halton Camp near Lancaster, which was deployed and in operation in just 72 hours. In recognition of this resilience and rapid response to the COVID-19 pandemic, Landmarc received a DIO Excellence Award.

In addition to these headline projects, Landmarc’s regional teams have been working hard to deliver a significant range of improvements, including the opening of two fantastic new kitchen and dining facilities at Nesscliff Camp in Shrewsbury and Cameron Barracks in Scotland, with delivery commenced to replicate these facilities on three further sites at Warcop, Longmoor and Rollestone Camps.

Following a recent shift in direction towards urban fighting, Landmarc have delivered the first phases of significant upgrades to Copehill Down Village on Salisbury Plain to create a more immersive, simulated battlefield environment for training troops, paving the way for the future of urban training. This will now be replicated at Eastmere Village in Norfolk and will be reinforced by the construction of three Urban Fighting Skills Houses at Catterick, Longmoor and Rollestone.

Multiple accommodation and tenanted estate projects have also taken place across several regions and significant work at Stanford Training Area in Norfolk to reinforce the area’s river crossing points has provided access to an additional 800 hectares of ranges and training areas for units using AFVs following an increase in demand.

Furthermore, an almost half a million-pound investment into new troop shelters in the South East will improve operational field facilities for training soldiers. Work has commenced on a new armoury and magazine facility at Ballykinler in Northern Ireland and a new, modern range tower at Castlemartin in Pembrokeshire, which will be critical to providing a live firing facility for Armoured Fighting Vehicles over the coming years.

In the past year, Landmarc’s built estate teams also took on a project to survey some 500 assets to inform a programme of works to ensure all priority-one accommodation facilities remain compliant with fire safety regulations and are safe to use.

Together over the last year, Landmarc teams have delivered projects that represent a 40 per cent increase in value on the previous year, with more than 1,000 individual tasks completed, valued at around £50m.