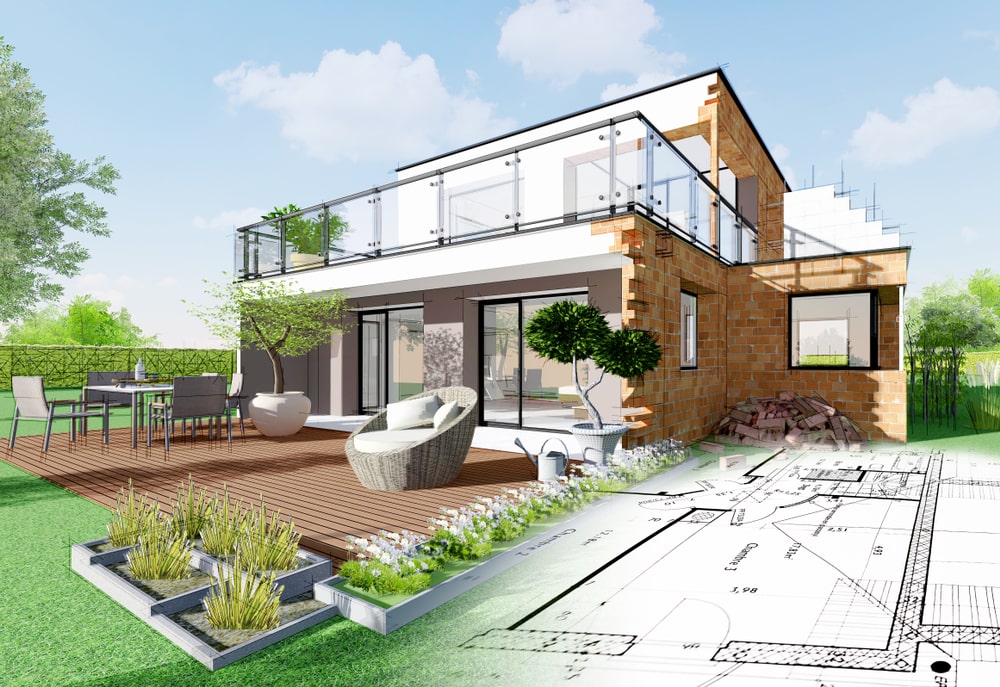 Last month saw the launch of the Government Help to Build scheme, which is hotly anticipated to kickstart a self-build revolution.

The government objective was first announced in the November 2020 Spending Review and self-builders have been eagerly awaiting further information on what this will mean.

Housing Secretary Robert Jenrick revealed more on 24 April about what the Help to Build scheme will look like.

By providing a £150M fund, the government is looking to make it easier and more affordable for people to take on self-build projects. The additional new homes created could contribute some 30,000-40,000 new homes a year in the UK.

The ‘Help to Build’ scheme will ensure that self and custom home building can become a realistic option to get onto the housing ladder through lower deposit mortgages.

By lowering the required deposit the scheme will free up capital, so people can build the home that they want and need whether it’s a commissioned, made to order home, or a new design from scratch. The scheme will provide an equity loan on the completed home, similar to the Help to Buy scheme.

The scheme is part of the government’s wider Plan for Jobs as the new plans will also benefit small building firms.

SME builders account for one in ten new homes and the scheme will help scale up the number of self and custom build homes built every year.

Launching the scheme, Housing Secretary Rt Hon Robert Jenrick MP said: “Building your own home shouldn’t be the preserve of a small number of people, but a mainstream, realistic and affordable option for people across the country. That’s why we are making it easier and more affordable – backed by over £150M million new funding from the government.

“The scheme we have launched today will help the thousands of people who’d like to build their own home but who’ve not yet considered it or previously ruled it out.

“Our plans will help get more people on to the housing ladder, ensure homes suit people’s needs like home working or caring for relatives, whilst providing an important boost to small builders and businesses too.”

Made to order homes allow people to customise the home they want based on existing designs. This could include more office space, or a particular design to support a family’s requirements including for disabled or older people. A custom built home would also allow families to include green benefits, such as solar panels and ground-source heat pumps, as part of the design.

Prime minister Boris Johnson has appointed Conservative MP Richard Bacon to lead a review for scaling up the self-build sector.

Mr Johnson said: “Self-build and custom housebuilding can play a crucial role in increasing choice for consumers and ensuring people can live in the homes that they want, and that are designed to meet their needs. We know that self and custom builders deliver high quality, well-designed homes that are energy-efficient, accessible, affordable, and welcomed by their communities.”

The government has also announced £2.1M in funding to help communities have a greater say in how their local area is developed. The fund will boost neighbourhood planning by giving additional support to local authorities in under-represented areas.

Neighbourhood planning gives communities direct power to develop a shared vision for their neighbourhood and shape the development and growth of their local area. Communities are able to choose where they want new homes, shops and offices to be built, have their say on what those new buildings should look like and what infrastructure should be provided, and grant planning permission for the new buildings they want to see go ahead.

A further £330,000 is also available to councils wishing to pilot this approach to neighbourhood planning.

Andrew Baddeley-Chappell, CEO, National Custom and Self Build Association said: “The Help to Build scheme is an important step towards greater customer choice for those with ambition, sound plans and smaller deposits.

“Custom and self-build is about the homeowner having control over the design and specification of their project – enabling them to create the home they want, rather than the one someone else believes they would like.

“This scheme is all about delivering more and better homes, that more people aspire to live in and that communities are happier to see built.”

Brian Berry, Chief Executive of the FMB, said: “I welcome the ‘Help to Build’ fund as a means to diversify the housing market and reversing the decline in small to medium-sized (SME) house builders. Without more SMEs building, the Government will not achieve its target of building 300,000 new homes a year. However, the Self and Custom Build Action Plan, also announced today, must include policies that unlock the supply of small plots of land to make prospective homeowners’ dreams a reality. With almost one in two (46%) SMEs saying that their output is hampered by a ‘lack of available and viable land’, local authorities must allocate more small sites in their local plans for incremental development. The Government must also urgently bring forward more funding for time-poor local authority planning departments to help them make decisions more quickly on planning applications.”

Berry concluded: “SMEs build beautiful and sustainable houses, and are best placed to help solve the housing crisis by building homes that people want to live in. Also central to the Government’s levelling-up agenda, SMEs train the majority of apprentices and recruit locally, so unlocking their potential will help create much-needed employment in communities across England.”

NaCSBA, chief executive Andrew Baddeley-Chappell agreed that more parcels of land would be crucial for supporting the sector.

“These could be single plots, small developments and or larger sites that have been subdivided to include capacity for plots. There are big opportunities for those able to focus their businesses on delivering all aspects of the homes and communities that people want,” he said.

The National Federation of Builders warned that unless local authorities allocated land and granted permission for self and custom-builds then the government’s housing market reforms would fail.