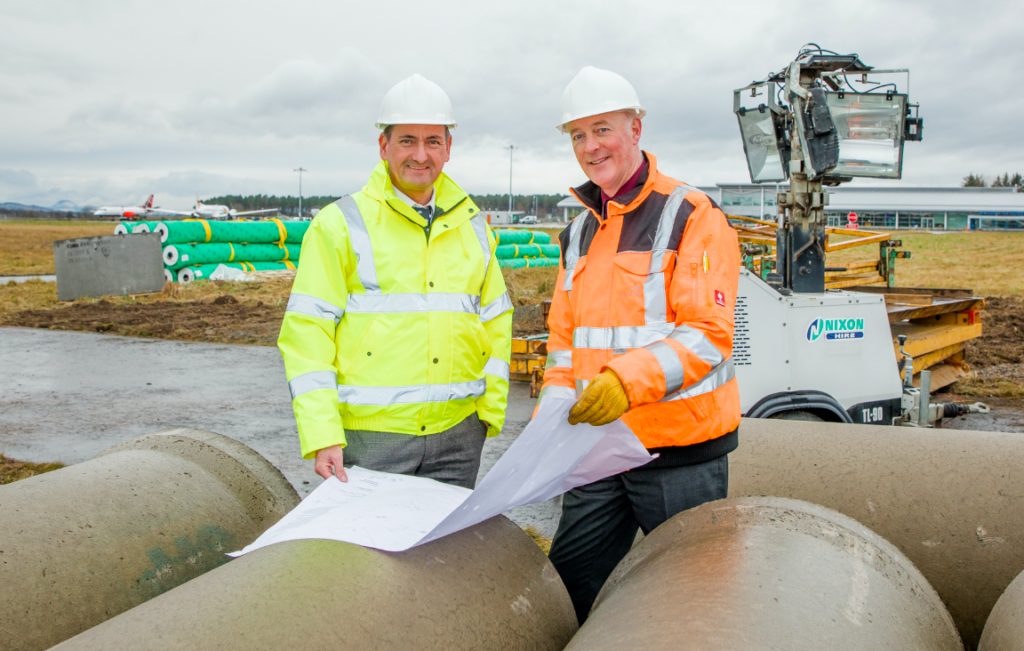 The project to update the surface water treatment system at Inverness, which began in 2011, has an overall investment of £5.5M.

A number of historic drainage issues have been encountered at the airport, and extensive investigations and remedial works have been undertaken.

Improvements, costing £500,000, have already been made including the installation of telemetry monitoring systems, CCTV surveys of the entire underground drainage system and disconnection of high-risk pathways to the water environment.

HIAL has also installed more than 250m of new filter drainage to the south apron of the airfield and 200m of new carrier drain and modifications to the main runway gully system. Earlier this year, HIAL also introduced a more environmentally friendly de-icer which is to be used at all its airports.

The project is scheduled to be completed by October 2020.

The Scottish Environment Protection Agency (SEPA) required action be taken to ensure runway runoff containing deicer complied with licensed water quality standards at the airport. HIAL has worked with SEPA to develop its environmental undertaking to ensure it is robust, achievable and importantly, takes it beyond compliance.

Inverness Airport general manager Graeme Bell, said: “We take our environmental responsibilities extremely seriously and are working closely with SEPA to ensure we not only meet, but exceed the standards required by environmental legislation.

“We are undertaking these major works to ensure Inverness Airport’s drainage infrastructure is fit for the future. The works will also allow development and growth of the airport in the future with the aim for Inverness to be one of the most environmentally robust airports in Scotland.

“We have a massive amount of old drainage and infrastructure that dates back to World War Two and some that dates to the Victorian era and records were not complete. The CCTV survey has given us a far clearer understanding of what lies beneath the airport. We have been able to begin remedial action and ultimately the project will ensure drains and connections are linked to our treatment works and ensure all runway run off is captured and processed prior to discharge.

“The scale of the improvements required has been huge. It is a big project that we are fully committed to. Throughout these works our approach has been collaborative with SEPA and others.”