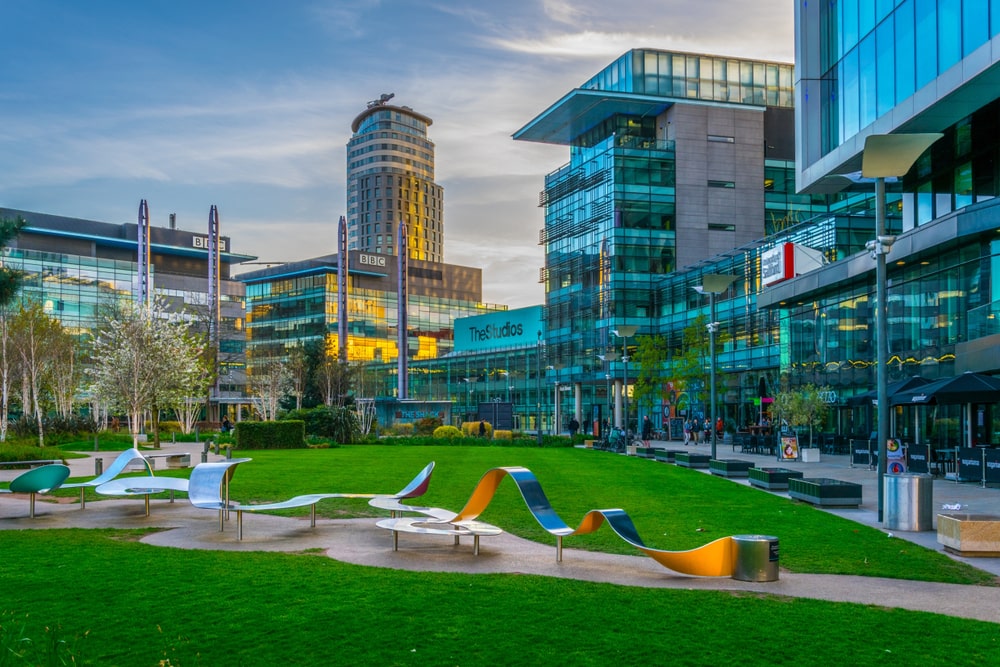 MediaCityUK’s joint venture partners, Peel Media and Legal & General Capital, have obtained nearly £300M worth of funding, in the form of a loan, as part of a five-year banking facility in order to aid in the construction of the area’s second phase of development.

The banking facility is between three banks: Helaba from Germany, the Industrial and Commercial Bank of China, and the Sumitoma Mitsui Banking Corporation from Japan, with the exact figure of the loan totalling a substantial £292.5M.

The Head of Real Estate Finance UK at Helaba, Richard Bentley stated: “Helaba is extremely pleased to have acted as co-ordinator and agent, alongside co-lenders for this important transaction. It underlines Helaba’s continued support for the joint venture.

“This financing will also assist Peel and L&G in the development of phase two, further enhancing this incredible hub.”

Phase two of MediaCityUK’s development scheme in Salford will cost approximately £1Bn and will entail the construction of up to ten new buildings, 50,000sq m of office space, 1,800 apartments, enhanced retail and leisure, as well as innovative public spaces and a new pedestrian promenade that will run through the area.

Previous ventures into the funding of phase two have come from Santander, who provided £10M in August 2017, and NatWest, who invested £28.6M to aid in the construction of the Lightbox residential developments which overlook the Manchester Ship Canal, forming part of the Salford Quays.

All buildings within phase two should be delivered by 2030.

The Managing Director at MediaCityUK, Stephen Wild added: “We are delighted to have such strong support from our lenders and this arrangement helps support our aspirations for future development.

“Our phase two plans will focus on driving forward the already established residential community at MediaCityUK, as well as acting as a magnet for even more digital and tech businesses. It promises to be an exciting next 10 years.”

MediaCityUK is an international hotspot for digital and technological innovation, housing the BBC, ITV, dock10, and Ericsson, with over 8,000 people currently living, working and studying in the area.

During the negotiation of the five-year banking facility Helaba was advised by Taylor Wessing and MediaCityUK was advised by Addleshaw Goddard’s corporate banking team, which was led by Martin O’Shea.