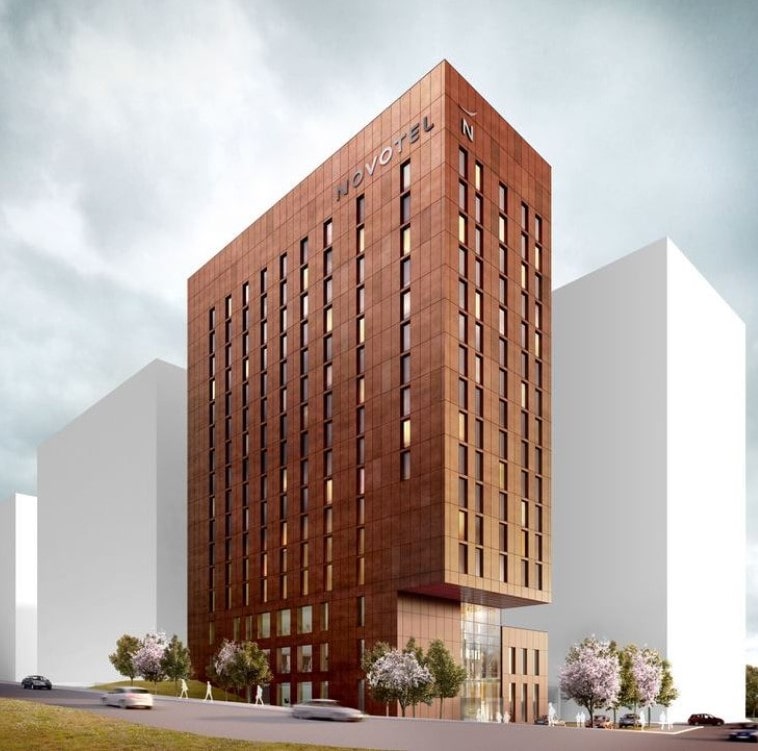 Morgan Sindall have been contracted to construct a new 17-storey hotel and 1,245-space multi-storey car park at Elm Grove site, Paddington Village, Liverpool at a cost of £40M.

The hotel will possess 221 bedrooms and face the Royal Liverpool Hospital as well as the Liverpool University Campus, with hotel features including meeting and co-working space, a gym, a restaurant, a bar, and a roof terrace all under the operation of Legacy Hotel and Resorts’ brand, Accor Novotel.

Comparatively, the car park will be fitted with a combined heat and power energy centre.

The Mayor of Liverpool, Joe Anderson stated: “This new hotel and the car park and energy centre are all vital to the completion of our Paddington Village site. They are crucial pieces of infrastructure needed to support all the amazing businesses that are flocking to this game-changing development.”

Planning applications for the development were submitted in June with the next stages in the sites development already in the planning stages, consisting of a new build-to-rent scheme, commercial office space, and a development for the creative and scientific industries.

The Managing Director of Morgan Sindall Construction North West, Barry Roberts added: “This is a milestone moment for Paddington Village. The revised plans for the car park reflect the requirement that the development is set to have higher levels of interest and popularity than previously anticipated, partly driven by the excellent standard of building the area will boast, as evidenced by the plans for the hotel.”

Morgan Sindall is also currently onsite constructing The Spine, a £35M northern headquarters for the Royal College of Physicians, as well as a cancer centre for Rutherford Diagnostics, delivered by Interserve, all of which is scheduled for completion in 2020.