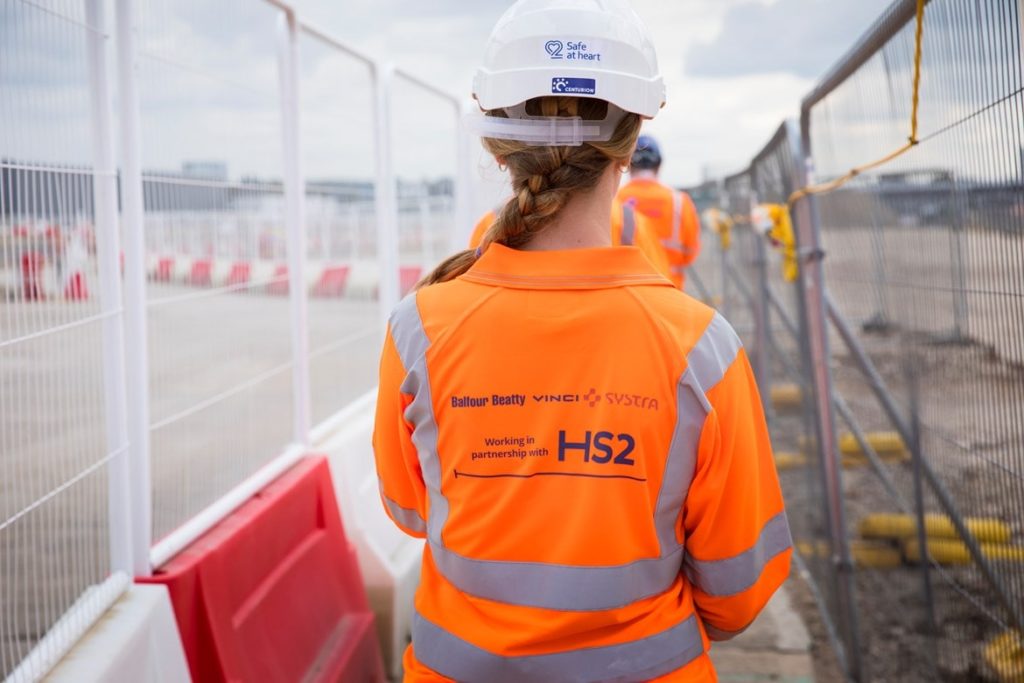 The construction of HS2’s West London Interchange station, Old Oak Common, which is set to be the largest newly built railway station in the UK, has reached a new milestone. Station Construction Partner Balfour Beatty VINCI SYSTRA joint venture (BBVS) has taken possession of the whole station site as of Monday 27 July 2020.

The handover marks the start of the next phase of work at Old Oak Common, where a brand new 14 platform high-speed station is to be built.

This follows on from more than two years of work at the site, led by HS2’s Enabling Works Contractor, Costain Skanska JV, who have cleared the site in preparation for the new station to be built, including the demolition of the Great Western Railway train stabling sheds and the largest rail maintenance facility in Europe.

BBVS was appointed as HS2’s construction partner for the new station in September 2019 and since then has been working closely with HS2 Ltd in order to design the programme of works to construction Old Oak Common. Once operational, the station will be used by an estimated 250,000 people a day, making it one of the busiest railway stations in the country. It will provide seamless connectivity with conventional rail services through eight conventional train platforms, to be served by the Elizabeth Line (Crossrail), the Heathrow Express and trains to Wales and the West of England.

Initial work led by BBVS will include piling works for the new station’s foundations. The BBVS team will work closely with the team behind the Old Oak Common design development, WSP, to bring to life some of the striking features for the station, including a sequence of interlocking curved roof forms. These are designed to enhance the open environment of the station as well as providing natural ventilation, minimising the need for long-term energy consumption.

“The successful handover of the Old Oak Common site to BBVS is a further sign of how the HS2 project is picking up pace. The site team at Old Oak Common will be delivering one of the most exciting stations in the HS2 network, Britain’s new low-carbon, high speed railway.

“HS2 is an important part of the UK’s economic recovery from the pandemic, and this progress will provide a much-needed boost to the construction sector and wider UK economy.”

Balfour Beatty VINCI SYSTRA JV Project Director Nigel Russell looked ahead to what will be happening on the Old Oak Common site:

“Works will now commence in earnest, with extensive preparatory works already underway to allow for our expert team to begin piling activities and the construction of the diaphragm wall, which will form part of the permanent HS2 underground station.

“Top-down construction of the station will follow, with excavation reaching a depth of approximately 20 metres below ground level.”

Work has already begun to appoint subcontractors to help deliver the works, including for piling and diaphragm wall construction. The contract for ground reduction at the site has already been awarded to specialist subcontractor McGee. A total of £350m of work will be available over the next two years and opportunities will be advertised on the CompeteFor web portal by BBVS and their subcontractors.

The HS2 station will be a catalyst and gateway for Old Oak and Park Royal, one of the largest regeneration sites in the UK.

HS2 Ltd is a partner of the UK Infrastructure Show (UKIS), the UK’s leading infrastructure and supply chain event, which explores the latest developments across the sector. This year, UKIS is going online and will be delivered as a live, online interactive event on Wednesday 9 September 2020.

More information on what you can expect from this new digital event experience can be found by visiting the UKIS website here.