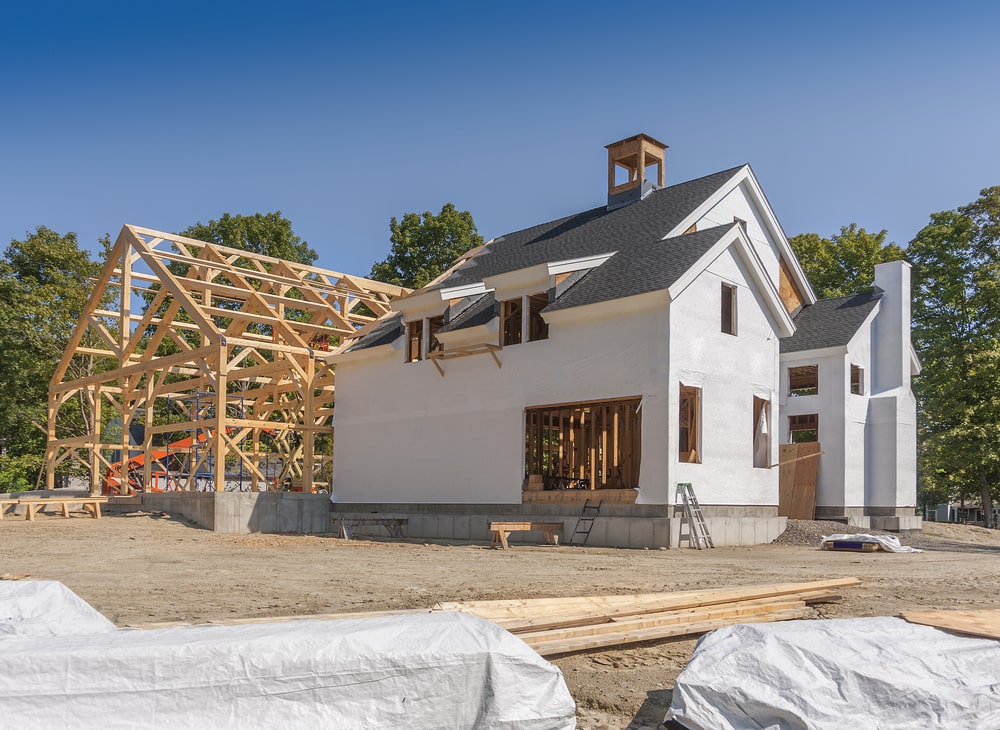 Published late last year, the report by the All-Party Parliamentary Group for the Timber Industries, How the timber industries can help solve the housing crisis, was encouraging, but now is the time to take real action, says Jeremy English, Director at Södra Wood Ltd, STA board member and previous chairman of the Truss Rafter Association. Södra Wood Ltd is one of the UK’s leading suppliers of sustainable structural timber and engineered wood products.

The facts are by now well-known. The Government needs to build 300,000 new homes in England per year while achieving zero carbon emissions by 2050. Construction 2025, a joint government and industry strategy, has also outlined targets for the UK construction sector, including halving construction-related emissions and project delivery times, and reducing construction costs by a third, by 2025. These are all ambitious goals and ones that put the industry – in its current state – in a difficult predicament given its reliance on concrete, “the most destructive material on Earth,” according to The Guardian last year.

In stark contrast, according to the APPG’s report, if 270,000 of these new homes were to be built by the timber industry, three million tonnes of carbon dioxide would be absorbed and stored each year and build times would be 30% quicker. The report goes on to argue that using timber in construction is central to meeting emissions targets and urges the government to implement the recommendations of the Climate Change Committee by increasing the use of timber in construction.

Sustainability credentials aside, the human cost of the housing crisis absolutely cannot be ignored. As the report notes, “the housing crisis in the UK has a fundamental and negative effect on our quality of life. A lack of affordable housing is consistently linked to poverty, poor mental and physical health.” Timber can and should undoubtedly play a central role in solving this profound problem. Success in creating a flourishing housing industry, and in turn, a flourishing timber industry, would be felt right across the country. So, what action can be taken?

Throughout the 1950s and 1960s the UK building industry moved towards industrialised forms of building, and in the early ‘80s prefabricated housing became dominated by timber frame systems. Timber framed dwellings steadily grew to around 30 per cent of the new build market until negative media coverage and the public’s continued general suspicion of modern construction methods contributed to a significant downturn in production. Until recently, this stigma has remained, although in Scotland, incidentally, where timber frame was and still is well-respected, production was hardly affected at all and to this day timber frame accounts for 75 per cent of all new houses in Scotland.

Quite rightly, we’re now seeing a shift in mentality throughout the rest of the UK, especially given timber frame’s ability to facilitate affordable homes. It’s a method that combines speed, quality and efficiency; all of which contribute to affordable, low carbon, efficient homes. Today’s offsite timber frame homes – thanks largely to technological advances – are also high-quality. Offsite construction’s controlled approach to planning and constructing buildings significantly minimises any room for error, and gives opportunity for new eco-friendly process planning, designing and installing within a much-reduced time frame and budget. The factory setting allows better quality control of materials, chain production setups and easier implementation of processes and manufacturing methods. Research published by WRAP also demonstrates that the use of timber frame construction components can reduce the amount of waste generated on site by up to 40 per cent.

Currently, timber frame construction accounts for just 15% of UK housing output, according to the NHBC. Benefits outlined above, coupled with the fact that government housing targets simply cannot be met through traditional methods alone, makes me confident that this figure will increase exponentially in the years to come.

The government’s ban on combustible materials

Architects, builders and suppliers of timber and engineered timber products are now looking at what the future holds for mass timber builds following this catch-all ban and, in particular, the specification and use of cross-laminated timber (CLT) as a strong, lightweight structural component for multi-floor structures.

While there’s no question that these restrictions are intended to enhance occupant safety, we mustn’t lose sight of CLT’s inherent benefits; benefits that have made it an increasingly popular choice for structural components since its introduction into the UK in 2004. It’s easy to transport and modify, it minimises noise pollution on site and it’s highly cost-efficient to produce and use. Structural timber and CLT products also have very predictable charring rates. When exposed to fire, the load-bearing core of a beam or truss will remain intact while the char layer remains to protect it. The char forms an insulation layer preventing an excessive rise in temperature within the unburnt core. The core continues to function, providing a predictable period of fire resistance.

I’ll conclude with a quote from Andrew Waugh of Waugh Thisleton Architects, one of the UK’s leading proponents of timber construction: “The reality is the evidence says we’ve got 12 years left to sort out climate change – we’ve got to start changing the way we do things. And we’ve got to keep pushing the message about the safety of CLT. It’s not only quicker to put up; it’s safer, healthier, lighter and locks away carbon.”

Presently, the Structural Timber Association, amongst others, is currently augmenting its already extensive fire-resistance testing data. Further investigation will determine how the in-situ fire resistance characteristics of structural timber systems can be best exploited in modern high performance buildings. Once they arrive, I believe that we should then have an informed review of regulations.