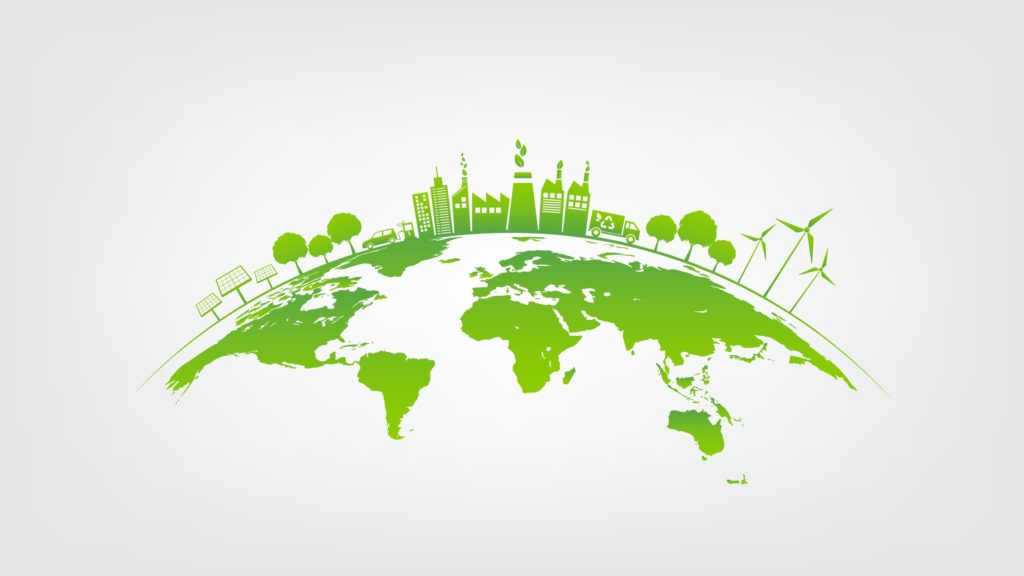 Tackling carbon emissions is a huge challenge for the construction sector. The industry is worth some £117Bn, equating to around 6% of the UK’s total economy. It employs 2.4 million people and is the sixth highest carbon emitting industry in the UK.

In 2021, the UK government released its Net Zero Strategy: Build Back Greener which includes the expectations the government has on the construction industry to decarbonise. However, setting targets is one thing but planning how best for companies, large & small, to achieve these is another.

In this two part Q&A with Construction Online, Peter Sayce, chief product officer at Bramble Energy talks to us about the main challenges construction faces when looking to tackle carbon emissions.

Bramble Energy is powering a Net Zero world – today – and is proving to be a real game changer in solving key challenges in the production of hydrogen fuel cells including: lead times, up-front investment, manufacturing cost and scalability.

Founded in 2016 by Dr. Tom Mason, in the research labs at Imperial College of London and University College of London, Bramble Energy through revolutionary fuel cell design and manufacturing techniques, has developed the unique printed circuit board (PCB) fuel cell – the PCBFC™. A patent protected fuel cell that can be manufactured in almost all printed circuit board (PCB) factories worldwide.

They have recently launched their portable power product range and are developing their high-power density, liquid-cooled fuel cell systems under the same scalable low-cost technology platform.

Given the green field nature of much construction work and the challenges related to accessing clean grid power, it’s little surprise that the construction sector reportedly accounts for nearly 40% of CO2 emissions. But with the International Energy Agency (IEA) projecting a 6% per year reduction in CO2 emissions being required to achieve net zero, including an interim reduction in CO2 of 50% by 2030, the challenge is significant.

Core materials are a major part of this, with zero carbon steel or concrete being potential alternatives. Another big challenge is the heavy reliance on red diesel. Electrified or hydrogen powered plant are an increasingly viable alternative to diesel powered equipment and battery, solar or hydrogen generators will be increasingly available. There will be costs associated with this change, but the imminent price increase in red diesel may be an incentive to help companies make the transition.

There’s a significant push to help the sector transition to a low carbon economy and it’s starting with the private sector. JCB recently announced that they’re spending £100M on “super-efficient hydrogen engines” to power its machinery, as well as signing a major deal to bring green hydrogen into the UK. Then there are organisations like Select who have partnered with Liebherr to bring electric crawler cranes into the UK. Electrification of major plant is a huge statement from industry, but it also shows that clients are starting to demand zero carbon alternatives to the traditional equipment.

Importantly, the low carbon economy is more than construction bodies. The sector can only truly adopt a new technology, such as hydrogen, when you have cost-effective supply and distribution of the fuel. This is where the UK government’s £400M investment in hydrogen generation is key. Only when you match supply with authentic demand can you have an effective economy.

Achieving net zero will draw on new skills, such as in the sustainability teams that are being created in some of the larger construction companies. These teams drive strategy, inform procurement decisions, and measure the impact of the operation. Beyond this though, net zero will mostly need an evolution of the skills we see today, rather than a drastic change.

Using zero or reduced carbon materials will need training, as will application of the control systems that can drive improved efficiency from large plant. Introducing new technology, like hydrogen fuel cells, should be no different. Usability will be a major barrier to the adoption of new zero carbon technologies, such that if major reskilling is needed, then companies in any sector will be less likely to adopt that technology. So new technologies, including hydrogen generators, must deliver as similar as possible  user experience to the traditional generators .

This cannot and shouldn’t be the collective thought of Industry and the businesses within it. It is the businesses that must lead the way as we transition away from fossil fuels. They have the knowledge of where green solutions are best placed to get the most optimised results. This is an important role as it will inform government on how to shape future policy, ultimately making it easier for targets to be met.

The UK government has set some fairly aggressive net zero ambitions and, with its current high carbon contribution, the construction sector has a significant role to play in achieving this. The government will likely try and achieve their ambition by setting standards, through driving more sustainability-focused buying decisions, especially in significant public sector tenders, and by incentivising increased green-tech in the private sector.

At the same time we’re seeing some fantastic initiatives being undertaken by major players in the private sector, who are recognising the increased importance being placed on net zero by investors, shareholders, and importantly, their customers. Shifting to green technologies and fuels does introduce a short-term cost; however, with the cost of red diesel about to increase, now is a great time to start doing this and think about the cost as an investment in ensuring a more successful and valuable business in the future.

There are already consequences for businesses that aren’t working towards net zero. Several major tenders, like HS2, are requesting reduced carbon solutions. It’s the same across Europe, where in some countries bids for public tenders are weighted by emissions, so more expensive “clean” offers can be selected over cheaper ones with higher emissions. Not adapting means some companies won’t be eligible to bid for major public work.

The same will apply in the private sector, where clients, shareholders and investors will increasingly demand reduced or zero carbon solutions. Companies that don’t adapt will be less competitive and find it increasingly difficult to win new work.

Then there’s the imminent red diesel cost increase and in Europe we’re starting to see carbon taxation for industrial emissions. Who’d bet against a similar approach hitting the UK one day?

The second part of this interview will feature on Monday.