The UK’s housing problem and flooding 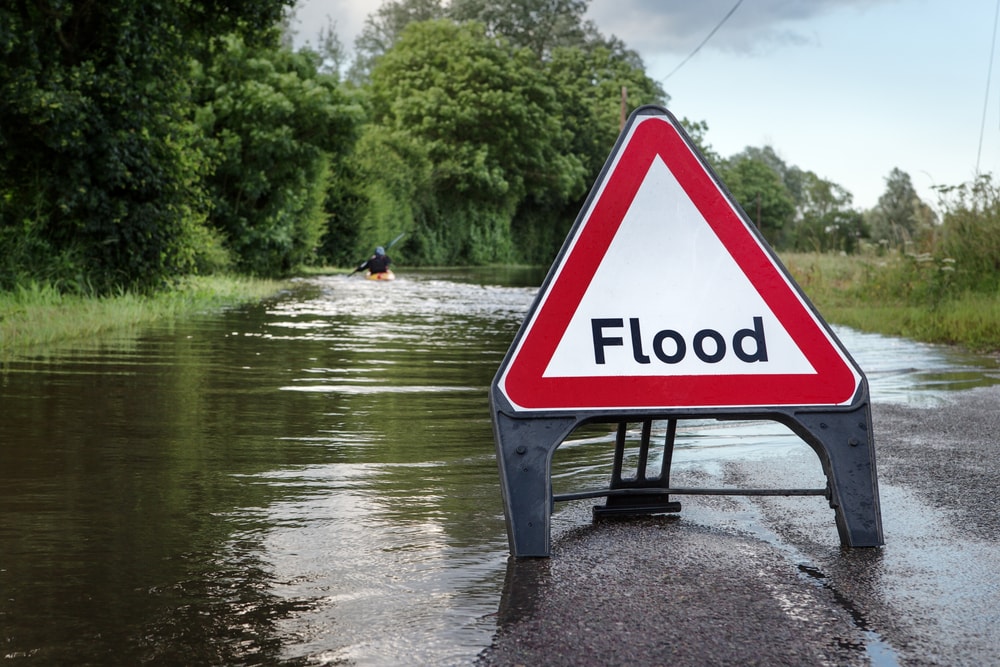 In this article we speak to Simon Crowther, Founder and MD of Flood Protection Solutions, about housing infrastructure in the UK and whether it can cope with another million homes within the next few years.

Population change over the last decade has called for a greater number of homes to be built every year, but the UK is already one of the most densely populated countries in Europe, so where do we put everyone?

To make matters worse, we have been subject to more flooding than ever in recent history, and planners must understand that an increase in impermeable surfaces will only exacerbate this further by increasing overland flow and reducing infiltration into the ground.

To solve one problem may only create another, so both need to be addressed in harmony.

The problem being seen in the UK is where to put all these houses. Recently, councils have seen increased pressure from government to stop avoiding targets or adopting ‘not in my back yard’ approaches to housebuilding. In fact, Sajid Javid, the former Communities Secretary, told councils that the Ministry of Housing, Communities and Local Government would be ‘breathing down their neck’ to make sure targets were met (Khan, 2018).

This pressure, and sense of building quickly to meet targets, poses a real problem to flood risk.

According to Know Your Flood Risk, one in six homes in the UK at present is at risk of flooding. There is no doubt that the UK has seen a rise in flooding issues in recent history, with climate change and land management practices driving an increase in events.

One factor that has contributed to the rise in flooding is the increase in impermeable surfaces with rapid urbanisation. Higher impermeable cover leads to increased surface runoff, a driver of flooding. More and more houses being built will only increase the percentage of impermeable cover, which will continue to exacerbate the issue. The land can no longer absorb rainfall if it is built over; instead, water runs off impermeable surfaces into drains which can become overwhelmed, and into rivers, increasing the flood risk in multiple areas. It is unlikely that old drainage systems will be able to cope with the increased burden, and thus sewer and surface water flooding will be more prevalent.

Floodplains continue to be built on despite understanding the associated risks, a trend that is set to continue. Floodplains are viewed as attractive by developers due to their flat topography, but the nature of them, and their natural function, means any homes are very likely to be hit by flooding in their lifetime.

Building more homes will naturally put greater pressure on our infrastructure networks. With no change to them, roads will become more congested, schools and hospitals will be at capacity and everyone will suffer. Expansion to these areas will greatly increase the amount of impermeability in the area, especially when the development is on rural, pastoral land. Currently this land helps to store water and reduce surface water runoff.

The longer-term effects of development and the attempts to meet housing targets need to be considered, so that appropriate action can take place to protect whole catchments. As is the nature of catchments, actions in one area will have consequences in another. Ideally, developers would consider these effects, but that may not always be the case. Nevertheless, new houses should be built with flooding in mind as increasing their flood resilience could negate effects further down the line.

Flood resilience can be incorporated into new buildings, and it makes far more sense to build with flood resilience in mind rather than retrospectively fitting it after a flood. Flood resilience may include items such as lime plaster, ceramic tiles, and raising up electrical sockets and appliances. The idea is that if the property is flooded, it can be repaired faster and with less cost, minimising any disruption. New-build developments could also include flood defences such as integral sumps and pumps, or even community flood kits on the development. Developments should incorporate sustainable urban drainage schemes (SUDS) and use permeable paving, along with ensuring maintenance of these systems is undertaken.

There could be policy shifts to reduce the country’s flood risk such as increasing wetland and woodland cover and returning rivers to their natural courses; however, these are long-term, large-scale options.

The only way to tackle the housing problem is to build more houses, but with flooding incidents ever increasing, the effects of development need to be considered in the planning stages with Flood Risk Assessments. If this is done, along with modifications to improve residential flood resilience, we may halt the rise of flood events in the country. Flooding is the biggest threat the UK faces as a result of climate change, and therefore flood risk must not be ignored.