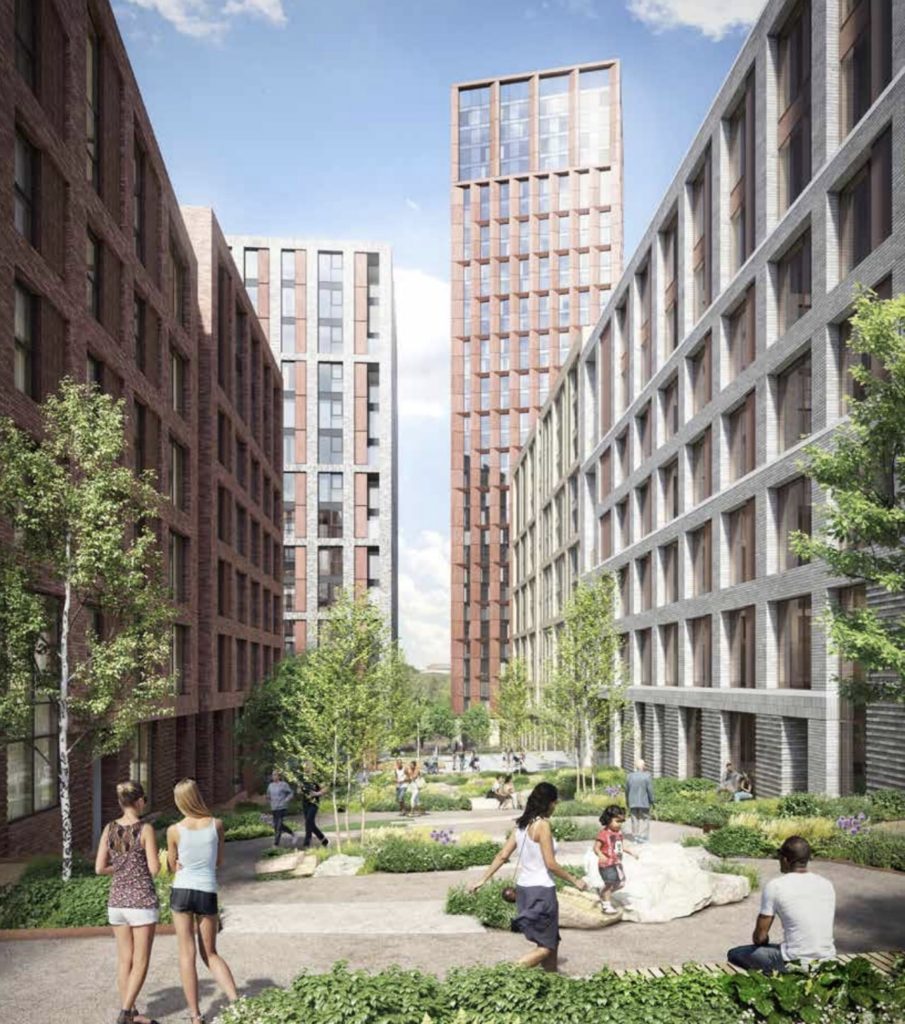 Plans for a new £400 million city centre regeneration scheme that will see more than 1,200 homes being built have been approved by Manchester City Council.

MCR Property Group’s Gasworks New Town project will create 1,202 houses on the site of the former Rochdale Road Gas Works in the heart of Manchester, featuring a mixture of townhouses as well as apartments.

The 6.6-acre site, which has been home to a car park for a number of years, will now see a residential scheme, with the first residents expected to move in by the end of 2023.

The project will improve the supply of housing, with this flagship development creating a new centre of gravity for Manchester which will also see thousands of jobs created, injecting tens of millions of pounds into the city’s economy.

MCR purchased the site in 2015 with plans to use it as a launchpad to rejuvenate the area with a mixed-use destination development. The team, working in partnership with local stakeholders and planning departments, went through dozens of iterations to ensure the balance of housing provision, design and environmental amenities was just right. It received approval from Manchester City Council’s Planning Committee on 3 June.

Accommodation will be provided by nine separate buildings ranging from 8 to 34 storeys. The scheme will be built in four phases with construction due to begin in the next few weeks, with the tallest residential tower expected to be completed by 2030.

Architects AHR included 1,224 cycle spaces as part of a determined effort to encourage more people to walk and cycle, and help reduce the amount of traffic on local roads. Where there is underground parking, bays will have electric charging points for the next generation of environmentally friendly vehicles.

Plans include a public park between Gould Street and Bromley Street as well as a pedestrian route and cycle path running east to west through the site. This is the most carbon-efficient development of its kind that Manchester has ever seen and will save 300 tonnes of carbon a year, exceeding the council’s target for new developments by 30%.

The Gasworks New Town neighbourhood is one of seven envisioned by the £4 billion Victoria North masterplan, formerly known as the Northern Gateway Strategic Regeneration Framework. This masterplan will see the entire area north of the city centre transformed over the next 20 years by the delivery of 15,000 new homes across 383 acres.

Nick Lake, Asset Manager for MCR Property Group, said: “This is the jewel in the crown for MCR. We’re a Manchester-based business and this is an incredibly proud moment for the company.

“We all felt a responsibility to create something spectacular on home turf and there is no doubt that the Gasworks will provide an aspirational and inspirational place to live and work.

“We’re particularly proud of the project’s environmental credentials, claiming the crown for being the most carbon-efficient development of its type that Manchester has ever seen. This really is a scheme fit for the coming century, with electric charging points on every parking space and more than 1,000 cycle spaces making this one of the most bike and pedestrian friendly residential developments in the country.”

A total of 85 affordable homes will be available through Shared Ownership – among the most provided by any city centre redevelopment site. This number may increase during the fourth phase of the scheme.

Sir Richard Leese, Leader of Manchester City Council, commented: “As one of the emerging neighbourhoods of Victoria North, New Town is aptly named. The Gasworks development will breathe life into a largely forgotten corner of the city centre fringe, bringing purpose and an energy to an area that is currently characterised by surface car parks.

“Residential investment at this scale should be celebrated and will contribute significantly to meeting demand for high-quality homes in this part of the city. And once again, developments such as this show a real confidence in Manchester as an attractive place to invest and do business – the importance of which cannot be underestimated as we look to economic recovery following the pandemic.”