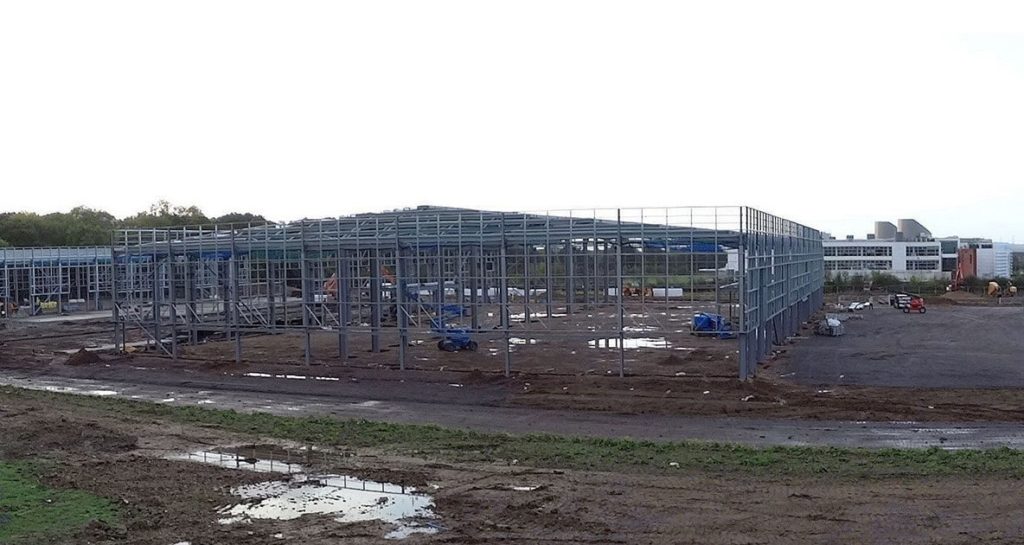 At this moment in time, Keygrove Chartered Surveyors and Lambert Smith Hampton are offering 17 new Adanac Park business units to lease, varying in size from 3,434sq ft to 76,985sq ft and at rents of approximately £10 per square foot per annum.

As progress currently stands, the majority of the steel framework structure has now been erected on the site next to the M271, and the first letting, of one of the soon to be established units, has now  been released as being with the Southampton-based Marineguard Systems who have signed up to a new lease on the 5,016sq ft Unit F1.

A representative of Keygrove Chartered Surveyors, Andrew Archibald stated: “This is good news for the regional economy as there have not been any new business units built in the Southampton region for many years and so we are expecting strong demand. Adanac North is particularly special, being well located at Junction 1 of the M271.”

A representative of Lambert Smith Hampton, Dan Rawlings added: “There is still an opportunity for potential tenants to have an input into the internal layout of the new units, ready for occupation in May 2020.”

And finally, a representative from Oceanic Estates, Harry Hutchinson concluded: “It is really exciting to see Phase 1 under construction and on the remainder of the site we can also offer bespoke buildings for larger occupiers designed to suit individual tenants’ requirements.”

Due to its location near the motorway, Adanac Park is expected to benefit the local economy greatly and will be naturally beautiful location as it is situated next to a 75-acre woodland.