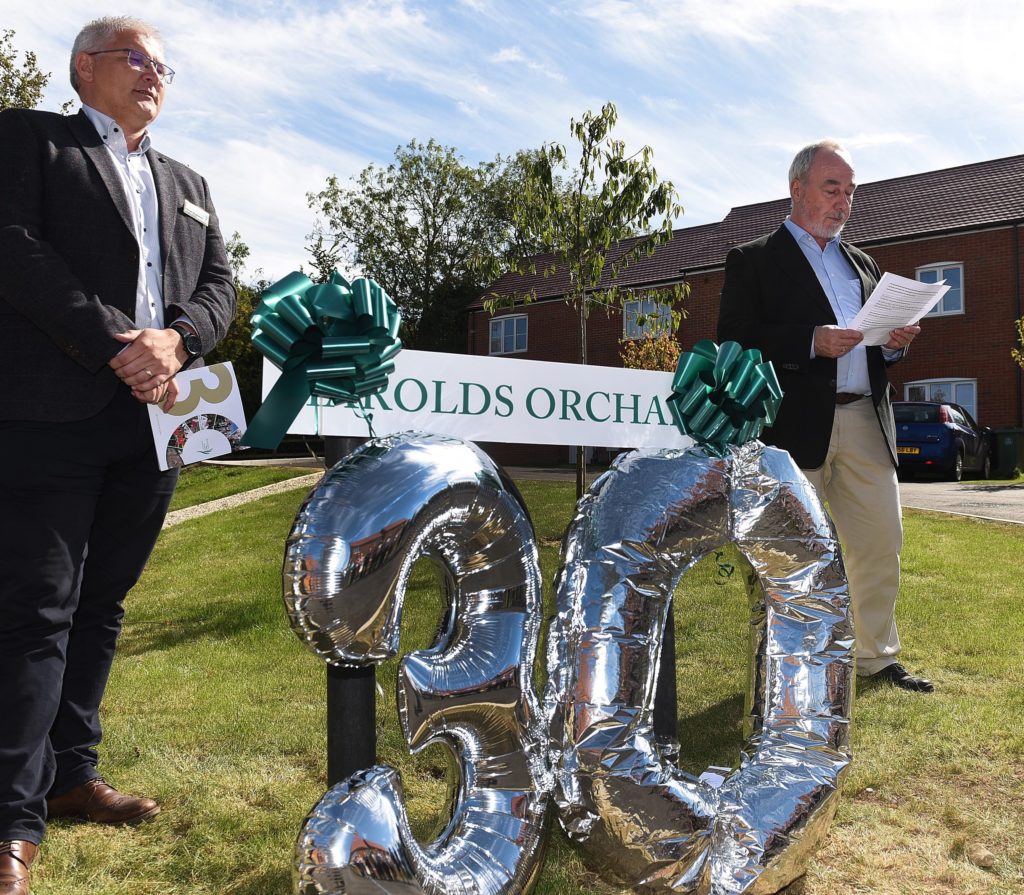 The Warwickshire Rural Housing Association has celebrated the 30 year anniversary of the construction of the first affordable homes at Harold’s Orchard in Stretton on Fosse by constructing a further five.

The first affordable homes to be constructed in the village of Stretton on Fosse in Warwickshire were first built in 1989, consisting of ten houses, while there were an additional four homes constructed 20 years later in 2009.

The new homes, which mark the third phase of development on the site in its 30 year history, are a mixture of two and three bedroom houses and one bungalow which will house residents who have a local connection to the village.

This new phase of housing construction has also provided a much needed lifeline to local residents of the area who are now finding it difficult to afford to live in the village, a Housing Needs survey has found.

The small housing estate which this third phase will create will be touchingly named Dyas Green in commemoration of the Warwickshire Rural Housing Association Chairman, Derrick Dyas, who is scheduled to retire from the association on its 30th anniversary this year.

Mr Dyas was one of the association’s founding members back in 1989 before eventually rising to the rank of chairman in 2008, one year before the commencement of the second phase in the area’s construction of affordable homes.

The Warwickshire Rural Housing Association Company Secretary, Richard Mugglestone stated: “Returning to Stretton on Fosse where we first began back in 1989 makes our anniversary even more special and we are honoured to name phase 3 after our long-standing Chairman, Derrick Dyas.

“We have forged excellent partnerships with the rural communities of Warwickshire and are now looking ahead to ensure our affordable homes help to sustain our rural villages over the next 30 years and beyond.”