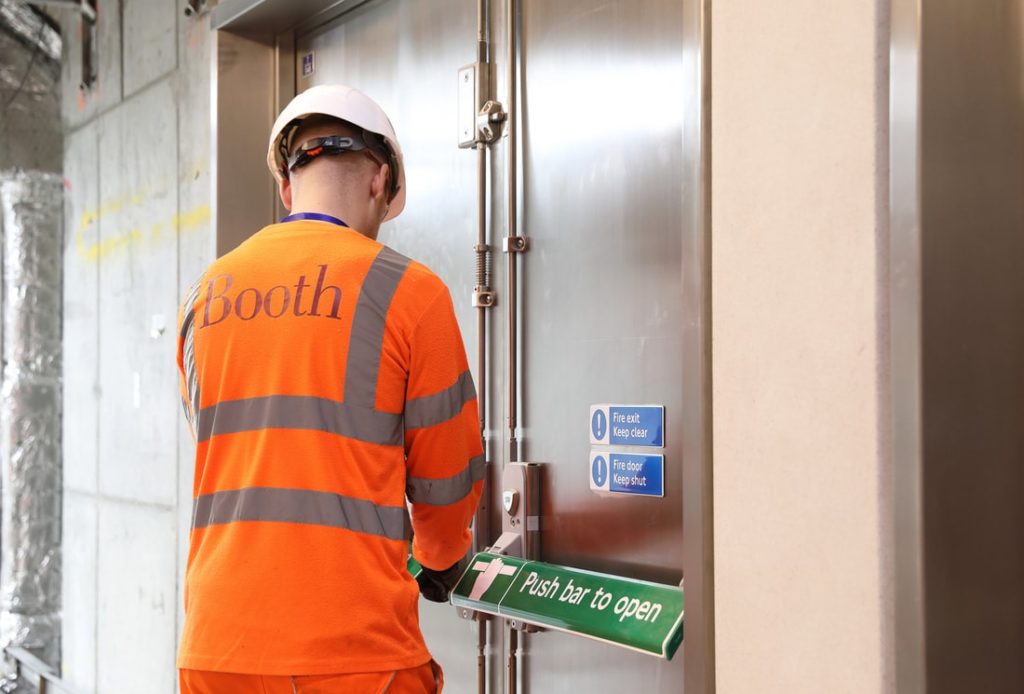 The contract, which is worth £36 million, will see more than 300 units manufactured at a new purpose-built factory in the town, and create up to 50 jobs over the course of the next ten years. The safety doors will play a key role in the operation of the railway, sealing off cross passageways between the separate north and southbound tunnels, as well as giving access in the event of an emergency.

With trains travelling at speeds up to 360 km/h, the doors will need to be engineered to the highest standards in order to withstand the pressure waves caused by trains passing through the tunnel. In total, 303 doors and frames are to be designed, manufactured and installed by Booth, using majority UK-made steel, across 32 miles of tunnel between London and Crewe.

Welcoming the award, HS2 Ltd’s Procurement and Commercial Director David Poole said: “As well as being one the world’s most reliable high-speed railways, HS2 also needs to be the safest. That’s why we’re delighted to be awarding this major contract to Booth Industries. Their impressive experience of delivering the highest quality in terms of safety and performance will play a vital role in delivering this crucial part of the HS2 project.

“This award also goes to show how HS2 is already supporting companies across the UK, creating jobs and helping the economy recover from the coronavirus pandemic.”

Booth Industries, established in 1873, is owned by Avingtrans plc and is now one of the UK’s biggest designers and manufacturers of high-performance safety and security doors, blast windows, modular wall systems and blast relief panels.

From their three sites in Bolton, Booth Industries has provided equipment for projects throughout the defence, infrastructure, and industrial sectors, including similar safety doors for HS1 (the Channel Tunnel rail link) and Crossrail.

Mike Jenkinson, Managing Director of Booth Industries, said:  “This is a landmark contract with a new customer, which recognises the extensive experience we have developed over years’ supplying high-integrity door sets for a range of infrastructure projects.

“Our designs are based on existing Booth IP and will be manufactured at a new, purpose-built facility in Bolton, creating up to fifty skilled jobs in the area over the next decade.”

Austen Adams, Divisional Managing Director of the PSRE division of Avingtrans, said: “This is great news for Booth. The business has enjoyed a promising 12 months since we acquired it, following the collapse of its previous owner and the team has worked exceptionally hard to modernise its approach.

“This contract recognises Booth’s vast experience and capabilities in the sector, along with the strides it has made to deliver a high-quality end-to-end service. It marks the beginning of another exciting chapter for the Booth team and we look forward to working closely with HS2 to deliver another high-profile infrastructure project.”

This initial phase of the contract will see focus placed on developing and testing door and frame designs. The first frames are to be delivered to contractors before the end of 2021, with manufacturing and installation to begin around 2025.

Early engagement with Booths is critical to ensure that frames for the cross-passage doors are available to be cast into the tunnel bores by HS2 Civils Contractors.