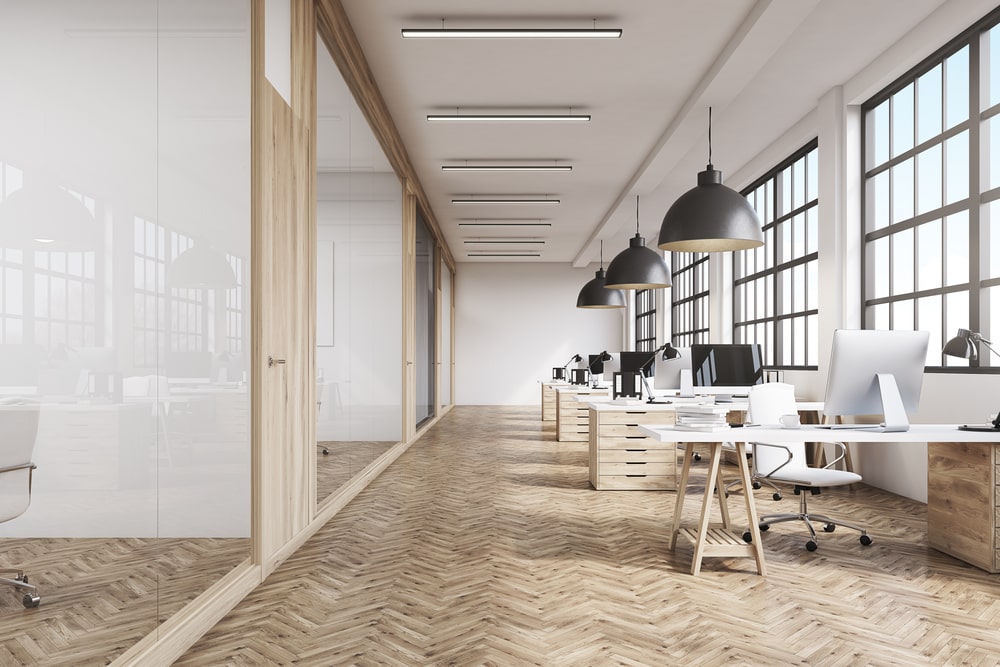 The acquisition of flexible working spaces is generating a significant amount of new work for fitting-out contractors, according to Glenigan, after it was revealed that flexible space operator acquired approximately 800,000sq ft of new space in the major regional markets between 2017 and 2018.

According a report, titled Coworking 2019 – The UK Flexible Evolution Continues, that was created by the company Cushman Wakefield, Birmingham and Manchester have been identified as hotspots for flexible office space while operators now account for the largest share of the take-up of space (18 per cent) in Central London.

The report goes on to state that, so far this year, a total of 1.2Msq ft of office space in London has been let to work space operators through a combination of 40 different deals, making the average size of each letting in the first half of 2019 a total area of 30,227sq ft.

Therefore, if the rate of letting activity were to continue at its current rate, more than 2Msq ft of space will be let to workspace operators by the end of the year, for the third consecutive year.

The largest occupier of corporate space in London, behind the British Government, is the company WeWork, with other such companies including the likes of The Office Group (TOG), i2 Office, Spaces, LEO, and Knotel.

WeWork recently acquired 284,000sq ft of space at Churchill Place on Canary Wharf, replacing the European Medicines Agency who occupied the site previously, whereas TOG has acquired three floors of space at 1 Canada Square in London, commissioning Parkeray to carry out the fitting-out process at a cost of £13.5M.

Furthermore, TOG has also recently commissioned the construction of an office building at Black and White 2 in Hackney, with 4,505sq m of office space, with ISG having been commissioned as the main contractor at a cost of £18M.

TOG has also recently acquired sites in Bristol and Leeds.