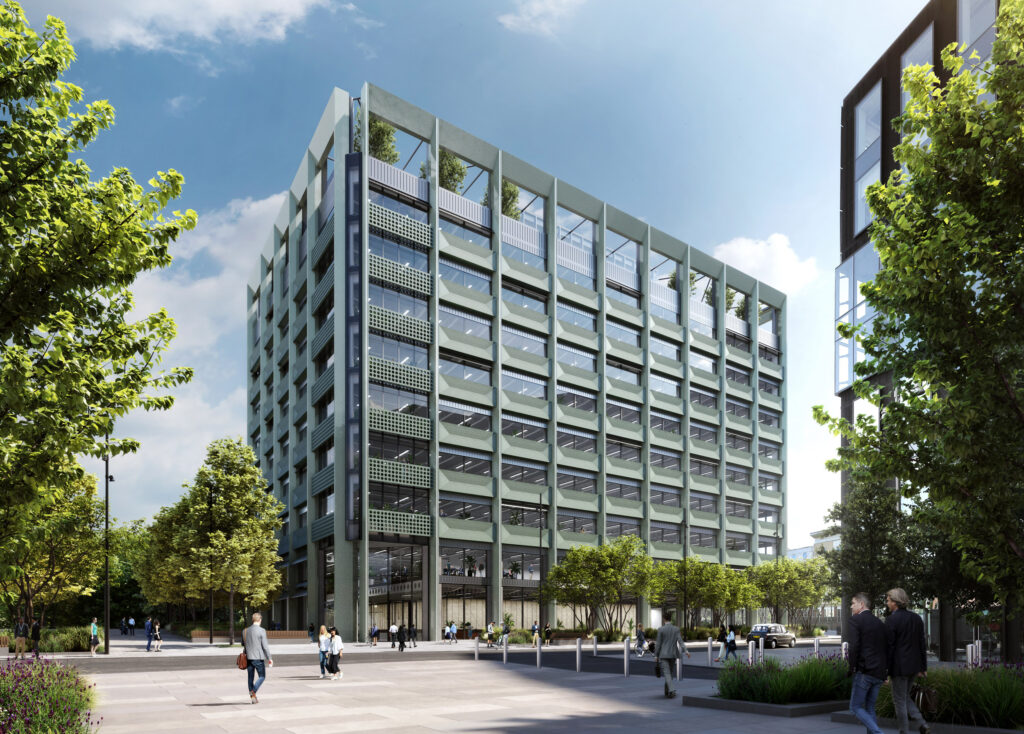 The government has announced plans to develop a Government Hub in the heart of Manchester.

Jacob Rees-Mogg revealed the new Government Hub will be built to accommodate thousands of civil servants from 2025.

The Government Property Agency (GPA) has signed a lease agreement with developer Ask Real Estate and its JV partner, The Richardson Family, for a c12,000sq m site on First Street.

The state-of-the-art new building underlines the government’s commitment to levelling up, with the hub due to host some 2,500 civil servants, including over 700 roles which will be relocated from London to Manchester.

The Manchester First Street Hub will open in 2025 and provide a new home for civil servants currently based in the Piccadilly Gate office. Piccadilly Gate will be demolished to build a new HS2 station at Piccadilly.

The Hub will provide office accommodation providing different types of areas for people to work and collaborate, as well as enabling efficiencies through interoperability and digitally-enabled office space.

The relocation comes under the government’s Places for Growth programme, which will see 22,000 Civil Service roles moved out of London by 2030.

More than 700 roles across a number of government departments have already been relocated to Manchester.

The move of Civil Service roles to Manchester is expected to generate £31m in economic benefits for the city, down to increased footfall and spending from staff.

Minister for Brexit Opportunities and Government Efficiency Jacob Rees-Mogg said: “The First Street development reaffirms Her Majesty’s Government’s long-term commitment to Manchester. The Places for Growth programme is delivering high quality government jobs across the whole country, and ensuring that Whitehall can take advantage of the wisdom and experience from people all over the United Kingdom.

“This new site will provide a home for civil servants from at least four different government departments, making it one of the largest hubs for cross-government collaboration and operation outside London.

“By the time this site opens in 2025, 2,500 Civil Servants will have been relocated from Greater London to Manchester. I am pleased that the government has secured them a new home with office working at its heart, which will bring tens of millions of pounds to the Greater Manchester economy.”

“The hubs create modern, inclusive environments where departments can be collocated in shared buildings across the UK. This supports the Government’s Levelling Up agenda and Places for Growth initiative, encouraging the movement and creation of jobs outside London.”

John Hughes, Managing Director at Ask Real Estate said: “With Manchester’s target to be a zero-carbon city by 2038, sustainability and wellbeing have been firmly considered and embedded into the design at the forefront of plans. The vision of the scheme was to deliver an office building that can be net zero carbon in operation, and this building will do exactly that. The scheme will be delivered to achieve a Design for Performance NABERS rating of 5.5 stars making it the most sustainable building in operation in Manchester City Centre.

“We felt our next building on the estate, in particular the scheme’s green credentials, would be the perfect fit for the GPA with the Government’s sustainability drive, and we’re looking forward to welcoming them to the First Street estate.”