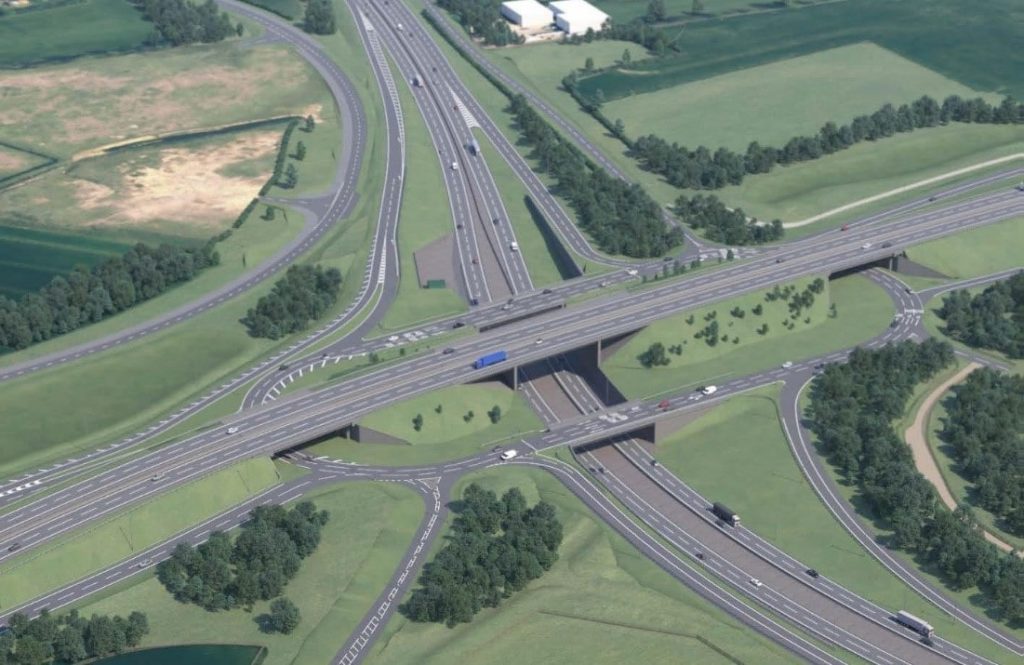 Highways England has awarded Skanska a £507m contract which will see them design and build the A428 Black Cat to Caxton Gibbet improvements scheme, which will improve journeys between Milton Keynes, Bedford and Cambridgeshire.

Skanska will design and build the scheme, which see a new 10-mile dual carriageway built linking the A1 Black Cat roundabout in Bedfordshire to the A428 Caxton Gibbet roundabout in Cambridgeshire. Both of the existing roundabouts are also to be upgraded into modern, free-flowing junctions and a new junction will be added at Cambridge Road, near St Neots.

This part of the project replaces the only remaining section of single carriageway between Milton Keynes and Cambridge, as well as tackling one of the region’s most notorious congestion hotspots.

Jonathan Wilcock, MD of Skanska’s Infrastructure business, said: “We’re delighted to have agreed this contract with Highways England which will deliver lasting benefits to the region.

“It builds on our long-standing and trusted relationship with Highways England, through which we have delivered many successful projects. This includes recent improvements to the A14 that were delivered eight months early and at M1 J19.

“We know the area well and will work closely with communities along the route to help keep roads running during the works while providing training and job opportunities for local people – helping to deliver a lasting legacy.”

“We’re extremely excited to be working alongside Skanska as we move through the design stages of this project and onto starting main construction.”

Skanska is to take the lead on this project and will work in close collaboration with design partner Mott McDonald and Highways England. The contract has been awarded through Highways England’s Regional Delivery (RDP) framework, for which Skanska is a Delivery Integration Partner for the East of England and Midlands regions

Around 25,000 vehicles travel on the A428 between Cambridge Road and Caxton Gibbet every day. With considerable local housing and job growth expected, this number is likely to increase to around 33,000 vehicles by 2040.