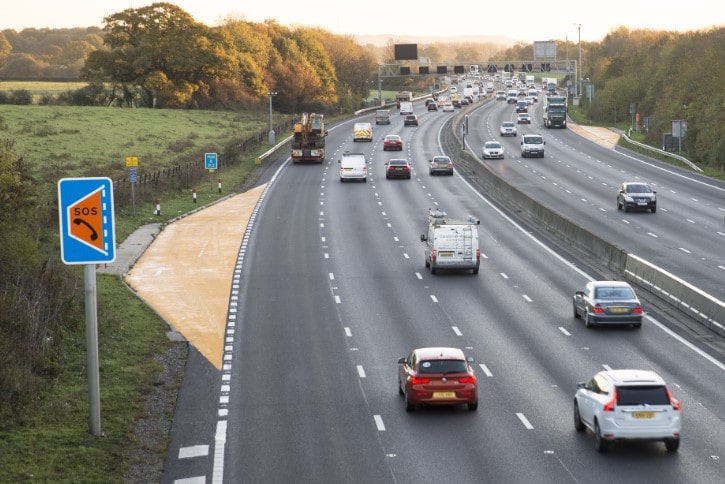 Highways England, as part of their bid to create more smart motorways across the country, are introducing new and improved emergency areas at various intervals along the M1 and M62 in Yorkshire.

The new areas’ most distinct features are the fact that they are painted bright orange so as to improve their visibility for motorists, while they will also possess a greater number of signs to identify where the next emergency area will be and where the central stopping position is.

Highways England aims to reduce the time and distance between areas from every mile/minute and a half, when travelling at a speed of 60mph, to every mile/minute exactly, pledging to create 347 emergency areas with 150 having been completed so far.

It is also hoped that making the emergency areas more prominent and noticeable will discourage drivers from using them in non-emergency situations.

The Highways England Smart Motorways Programme Sponsor, Paul Unwin stated: “Smart motorways are as safe as traditional motorways, which are already among the safest roads in the world. We recognise that as well as being safe, drivers want to feel safe and we have and will continue to make some changes to the design of motorways.

“This includes making emergency areas more visible by making them bright orange which should also discourage drivers from using them in non-emergency situations.