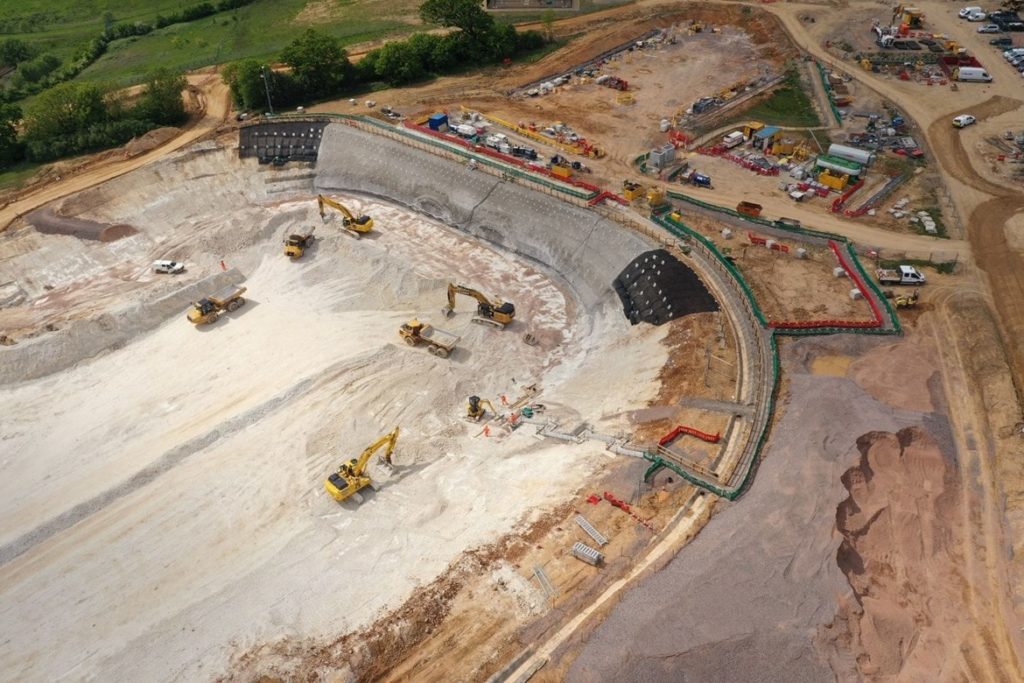 On Friday 4 September 2020, HS2 Ltd announced the formal start of construction on the major rail project. It also highlighted the large number of jobs the project will be recruiting for in the coming months and years.

Earlier in the year, the Department for Transport (DfT) gave approval for HS2 Ltd to issue Notice to Proceed (NtP) to the four Main Works Civils Contractors (MWCCs) working on the projects, SCS Railways, Align JV, EKFB JV, BBV JV, BBVS JV and Mace Dragados JV to commence full detailed design and construction of Phase One of the HS2 railway (route from London to West Midlands).

The symbolic announcement from a few weeks ago signals that the MWCCs are moving from enabling works, scheme design and preparatory work to full construction of the railway.

UK Prime Minister Boris Johnson said: “HS2 is at the heart of our plans to build back better – and with construction now formally under way, it’s set to create around 22,000 new jobs.

“As the spine of our country’s transport network, the project will be vital in boosting connectivity between our towns and cities.

“But HS2’s transformational potential goes even further. By creating hundreds of apprenticeships and thousand of skilled jobs, HS2 will fire up economic growth and help to rebalance opportunity across this country for years to come.”

This move to construction has also heralded a ‘jobs boom’ on the project, which demonstrates the value of what HS2 is bringing to the economy years before its fully completed, which is particularly significant in a post-COVID economic environment.

HS2’s main works contractor for the West Midlands, the Balfour Beatty VINCI Joint Venture (BBV JV), along with its supply chain partners, has said it expects to be one of the biggest recruiters in the West Midlands over the next two years, with up to 7,000 skilled jobs required to complete its section of the HS2 route. The EKFB Joint Venture (Eiffage, Kier, BAM Nuttall, Ferrovial) – building the section from the Long Itchington Wood site in Warwickshire south to the Chiltern tunnel portals – has said it will recruit over 4,000 roles in the next two years, many based in Milton Keynes, as work ramps up in the area.

HS2’s Tier One construction partners based in Greater London – Skanska Costain STRABAG (SCS JV), Balfour Beatty VINCI SYSTRA (BBVS JV), Align JV and Mace Dragados JV – confirmed that they will collectively recruit over 10,000 new jobs as HS2 gears up for major construction. HS2 Ltd itself is already directly recruiting for 500 new roles over the next three months, with the majority based in Birmingham, as the project moves into the construction phase. The forecast jobs boost is a clear sign of the key part that HS2 is already playing in supporting Britain’s post-coronavirus economic recovery.

Mark Thurston, CEO of HS2 Ltd, said: “This is a hugely exciting moment in the progress of HS2. After 10 years of development and preparatory work, today we can formally announce the start of full construction, unlocking thousands of jobs and supply chain opportunities across the project.

“We are already seeing the benefits that building HS2 is bringing to the UK economy in the short term, but it’s important to emphasise how transformative the railway will be for our country when operational. With the start of construction, the reality of high-speed journeys joining up Britain’s biggest cities in the North and Midlands and using that connectivity to help level up the country has just moved a step closer.”

The HS2 railway is a significant investment both in the near and longer-term economic health of the country. At this crucial time HS2 is already driving investment right across the country. Jobs, including apprenticeships, are beginning to be released on HS2’s construction partners’ websites and will also be promoted through employment partnerships with local authorities and specialist employment support agencies. Promoting job vacancies in this way helps HS2 to ensure that local people benefit from the thousands of opportunities available. HS2 forecasts that the project will create at least 2,000 apprenticeships on Phase One.

An estimated 400,000 supply chain contract opportunities for UK businesses will be created during Phase One of HS2, supporting thousands of jobs on site and many more around the country. It is estimated that around 95% of those contract opportunities will be won by UK-based businesses and around two thirds of those will be small and medium-sized businesses (SMEs). HS2 will also significantly improve connectivity in the North and Midlands and will also integrate the existing network serving stations into Scotland, creating hundreds of thousands of extra jobs and an estimated 90,000 homes around HS2 stations.