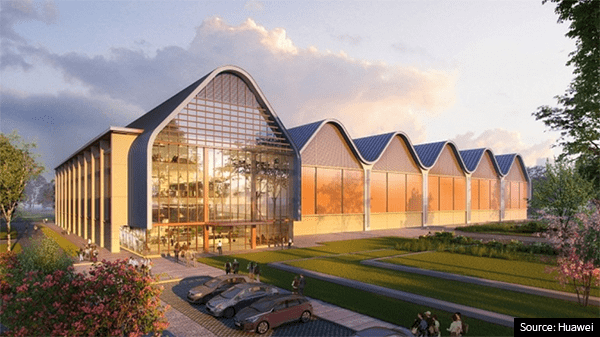 The huge spike in the value of major industrial planning approvals show a bright future for the industrial construction sector.

Planning approvals in the industrial construction sector grew a massive 168% year on year (YoY), with a total value of £2,863 million. This is largely due to the spike in major projects which have been granted detailed approval.

With a total value of £1,639 million, major projects gaining approval saw a huge gain in comparison to last year.

Underlaying industrial approvals also saw a jump, achieving a 15% YoY increase, and were unchanged on the preceding three months on a seasonally adjusted basis.

In the three months to July, there was exceptional growth for industrial approvals in many regions, with five regions experiencing a triple-digit YoY growth. The West Midlands was a particular stand out for this, with the value of detailed approvals rising 680% on the previous year, to £7700 million. This figure was largely due to the approval of the £662 million West Midlands Interchange, west of Junction 12 of the M6, in South Staffordshire.

The East of England was the second most active region, which accounted for 17% of the sector. The value of approvals jumped to a whopping 244% to £494 million. The approval of the £400 million Huawei R&D and manufacturing campus located in the heart of ‘Silicon Fen’ in Cambridge helped the region’s growth.

The South East was another prominent region for industrial construction sector approvals, accounting for 14% of the sector. Approvals climbed 152% to £414 million, and include the new £200 million Amazon storage and distribution unit in Dartford.

Scotland and Wales also achieved triple-digit growth in comparison to 2019, with the value of industrial construction sector approvals rising 398% and 497% to total £221 million and £156 million, respectively. Scotland accounted for 8% of sector approvals and Wales 5% of approvals.