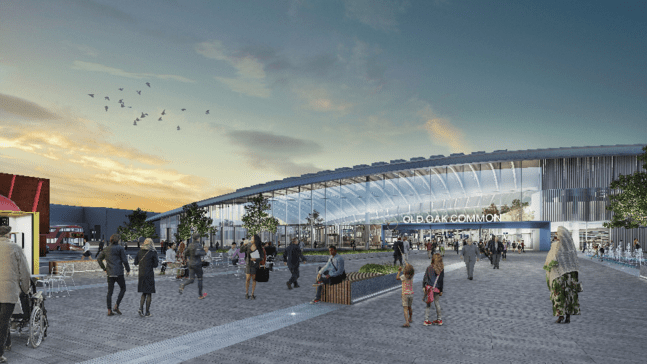 The Balfour Beatty VINCI SYSTRA HS2 joint-venture formally announced their appointment to the £1Bn contract for the construction of HS2 Ltd’s Old Oak Common station in North-West London on Tuesday.

The new station is scheduled to feature up to six underground platforms in addition to eight platforms on the Great Western Main Line, with the joint venture responsible for the final design, construction, and commissioning processes.

It is hoped that SYSTRA’s expertise in designing transport systems will play a major role in this being a successful joint-venture, while VINCI’s role will be in relation to their extensive knowledge in constructing high speed lines and UK rail infrastructure projects, whereas Balfour Beatty is regarded as having a detailed knowledge of constructing major transport terminals across the world.

Once completed, it is predicted that Old Oak Common will become the best connected railway station in Britain and will serve the Government’s Housing White Paper and Housing Infrastructure Fund by creating 65,000 jobs and unlocking available land for the construction of 25,000 new homes.

At the peak period of construction, it is forecast that the Old Oak Common project will employ a direct management team of 140 personnel, supported by a wider workforce of some 2,500 staff.

“We look forward to applying our expertise to deliver this critical piece of national infrastructure so essential to driving the skills agenda, to the rebalancing of the UK economy and to the enabling of a resilient and competitive construction and infrastructure industry.”

The joint-venture’s appointment to the project follows Balfour Beatty VINCI’s appointment, in 2017, onto a scheme to deliver Lot N1 and Lot N2 of HS2’s main civil engineering works package for a sum of £2.5Bn.