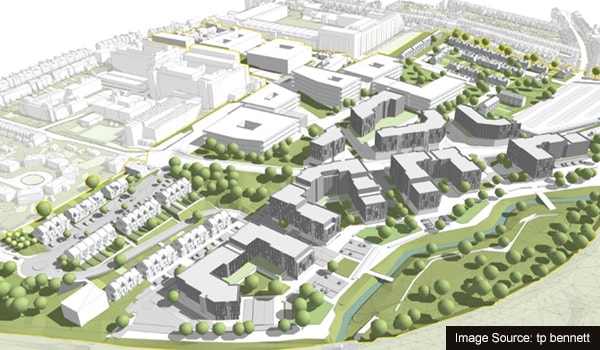 The Health Infrastructure Plan is now under way and provides the construction industry with six confirmed major hospital project opportunities, worth a massive £2.7 billion, to be delivered by 2025.

The Plan is the biggest hospital building programme in a generation, and it delivers on the Government’s manifesto commitment. New standards are to be developed in order to help standardise the way the new hospitals are designed and modular construction methods will be used to speed up development.

Matt Hancock, Secretary of State for Health and Social Care, said: “This plan is the biggest, boldest, hospital building programme in a generation. We’re giving the green light to more than 40 new hospital projects across the country, six getting the go-ahead immediately, and over 30 that could be built over the next decade.”

The six Health Infrastructure Plan projects that have been given the go-ahead to start immediately will share a £2.7 billion investment and are outlined below:

Watford General Hospital Health Campus: The £260 million project will deliver a mixed-use health campus on land at and adjacent to Watford General Hospital. In addition, Watford Council has formed a partnership with Kier Property to help improve the local infrastructure around the hospital and create a new community on council-owned land. The community, now known as Watford Riverwell, will create a new access road to the hospital itself, together with around 1000 new homes as well as business and office space. It will also provide leisure and visitor amenities including a hotel, restaurants and cafes, as well as new public spaces, including a community garden

Whipps Cross Hospital: This project will see another hospital redevelopment and plans to expand into building a new community within the London Borough of Waltham Forest. This new community will provide new housing as well as the potential for other health and wellbeing services, leisure and cultural facilities and green and public spaces. Barts Health NHS Trust began the search for a contractor for the £900 million development in August, issuing a PIN notice to gauge interest in the job. The tender process is due to start early next year. Architect Ryder has been chosen to lead the design of the new Hospital.

Epsom and St Helier University Hospitals: The £219 million project in Sutton is due to start on-site in May 2022 and will take five years to complete. The development will involve demolition works and the construction of a new hospital building of 24,600 sqm to provide replacement hospital wards, outpatient accommodation, and a local care centre. A multi-deck car park for 560 cars and surface car parking with 827 spaces as well as infrastructure, an access road, a sewer system, enabling works and landscaping will also be developed.

Maternity Hospital at the Leicester Royal Infirmary: The new £90 million project is designed to expand the current service and make it more accessible to women living across Leicester, Leicestershire and Rutland, while also enabling them to be closer to specialist medical support should they need it. The project is due to start in June next year and is expected to take five years to complete.

Leeds Teaching Hospitals NHS Trust: Issued a Prior Information Notice in October for contractors and consultants wanting to work on the £600 million Leeds General Infirmary scheme at the hospital Interested firms have until 16 December to register their interest. Five firms will be shortlisted for each of the roles, with the contenders to be announced on 26 January. The project is due to start in May 2022 and will include demolition of a former nurses’ home and other buildings and construction of a new adult hospital wing and a prominent home for the Leeds Children’s Hospital. The project is anticipated to be completed in 2026.