Station Transformation Plan Gets Thumbs Up 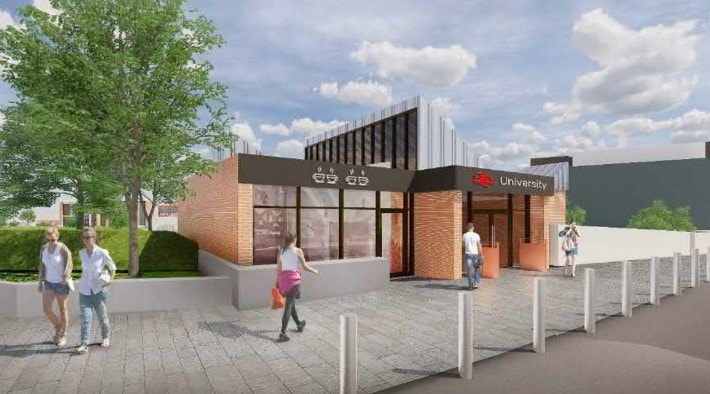 Plans for a transformation at a major railway station in Birmingham have be tipped to get a thumbs up from local Government.

University Station at Vincent Drive, Edgbaston has been earmarked for the redevelopment scheme as it has been deemed ‘no longer considered fit for purpose’.  The station currently accommodates 3.48 million passengers per year, which is significantly over the capacity which it can cater for. The new plans for the station have been proposed, and, along with other improvements, it should be able to reach its full potential.

Annual passenger numbers are also expected to reach more than seven million people by 2043, according to Birmingham City Council, meaning the transformation is very much needed.

Proposals include building a new station building, along with a new footbridge, improved facilities for cyclists, and pedestrians, upgraded amenities and more efficient operation, better platforms and waiting rooms, as well as a large public space.

Birmingham City Council’s planning committee is set to meet remotely this week, (Thursday 4 June) in order to vote on the scheme. A document published by the council ahead of the meeting states: “The proposed railway station is required as the existing station is significantly over capacity, leading to congestion on the existing platforms.

“The proposed development would have less than significant harm on the scheduled monument and this harm had been assessed as being outweighed by the public benefits of delivering a new railway station in this location.

“As the proposal would continue to provide significant economic benefits, would continue to provide further local employment and knock-on social benefits and would not have an environmental or heritage impact that cannot be outweighed by public benefits. I consider the proposal to be sustainable development and, on this basis, should be approved.”