The importance of infrastructure in tackling housing crisis 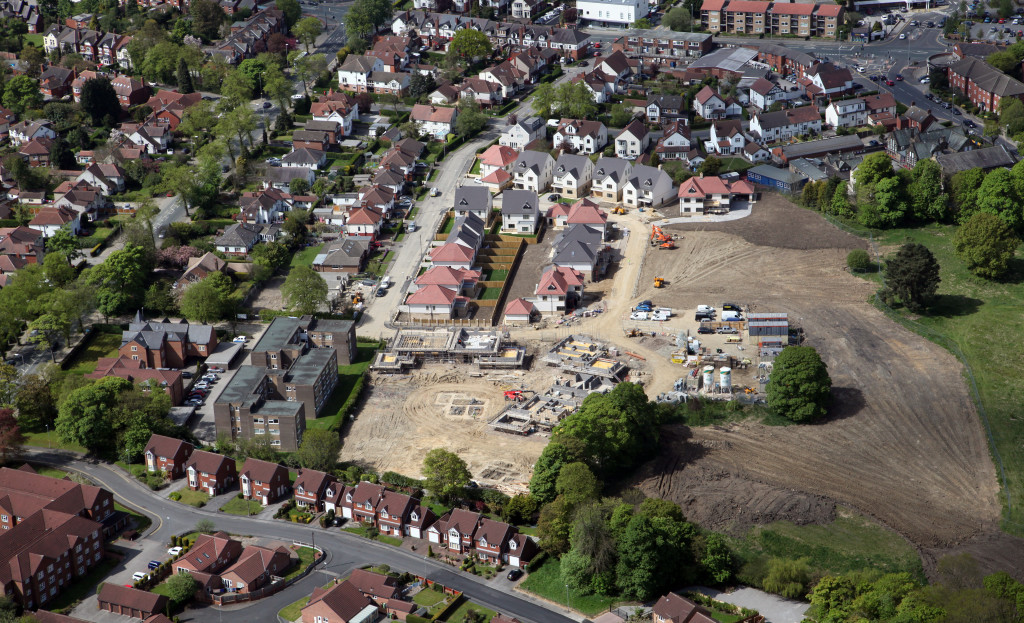 In our focus on infrastructure, we turn to look at the housing crisis and why infrastructure is crucial. We speak with Patrick Sweeney, Partner in the projects, infrastructure and construction team at law firm TLT.

With Theresa May’s housing policy announcements at the start of March, the government once again stated its ambition to address the UK’s housing crisis. The attention now paid to housing, whether from the Prime Minister, the Chancellor of the Exchequer or MPs from both sides of the House of Commons, has propelled housing of all types towards the top of the political agenda. This is an encouraging development, but it is important to bear in mind that building homes is an integral part of a far more complex picture.

Many questions remain on infrastructure if we are to truly tackle the housing crisis. The government has pledged to deliver one million new homes between 2015 and 2020, with a further half a million homes by 2022. While it currently looks unlikely that such volumes of delivery will be achieved, these are the government’s stated objectives and it is putting a number of components in place to speed up access to planning permission and maximise housing delivery. With an ever-increasing number of developments in the pipeline up and down the country, developers, local communities and local authorities need to come together to meet the challenges that will arise, particularly on issues ranging from funding to transport to energy and social infrastructure.

Over the course of the last eight years, central government funding to local government has fallen. The reduction in this support has inevitably challenged local authorities about how they deliver front line services, how they raise revenue to try and make up for the funding gap, and at the same time develop and regenerate areas in order to provide places in which people will want to live and work.

A number of local authorities and wider public sector bodies have sought to regenerate existing land they own to provide housing (including affordable homes). This has required developers to fund the building of these properties with public sector organisations retaining a stake in the development through retention of a number of units on site (which can then be managed by third party property specialists if no in-house capability exists).

These schemes are not without controversy as opponents of this approach claim the result permanently removes key assets from public ownership and further query the number of affordable or social housing units on such redevelopments. Ultimately, the charge is that such developments can force workers on lower pay out of certain areas. Proponents of these schemes often defend the approach on the basis that they are doing what they can to address a housing shortage (and seeking to raise additional revenue to support delivery of front line services) within the parameters set by central government.

Beyond the challenges faced by the public sector on developments involving their land, there are a number of other matters which interested parties will need to consider and work on collaboratively to find acceptable solutions for all stakeholders.

Inevitably, both brown field and green field sites will be considered for development which will undoubtedly lead to contentious planning applications – a concern the Prime Minister acknowledged in her recent speech.

Provision will need to be made for new developments to be connected to existing infrastructure such as utility services and fibre optic cables, as well as transport routes. This, in turn, could result in the need to build new roads, or even tram and underground stations. In areas undergoing considerable growth, it will be necessary to re-examine the capacity of existing infrastructure as roads and public transport systems become more heavily used as new residents move in. The lead time for such vital work will also need to be considered by developers and local councillors alike.

These questions are not new and have been grappled with by those involved with the development process for decades. Given the pace of technological change, there is a clear need when planning a development or redevelopment to consider how a major infrastructure project can be future proofed. With the rapid and continued evolution of clean energy technologies, developers need to decide whether developments are built to energy-efficient passivhaus standards and whether they will feature off-grid energy schemes.

As wind, solar, ground-heating and energy storage technologies have developed to become efficient and affordable, it will be interesting to see whether the solutions to the housing crisis will also provide the tools necessary to prevent future energy crises. We have increasingly seen energy generation or energy storage projects feature as part of developments, giving residents off-grid energy capacities and reducing energy costs in the long run, and this will be a trend to watch.

We have also seen a number of local authorities seek to address fuel poverty, carbon targets, the need to find savings and the desire for their areas to become more energy secure by assessing the viability of district heating schemes. Such schemes may yet become more financially viable with the main phase of the Heat Network Investment Fund (HNIP).

There is a clear tension between developers (who may prefer to connect to mains gas supply) and local authorities who, for the reasons set out above, may use planning to require the installation of district heating schemes in a locality. We should therefore expect a certain number of innovative schemes to offer the capability of taking entire communities off-grid. Regardless of the energy infrastructure model chosen, the effects of energy-hungry electric cars will also need to be contemplated.

As the government and leading car manufacturers have bought into the electric car revolution over the last couple years, planners, developers and local authorities will have to plan accordingly. Indeed, with the government having announced a ban on diesel and petrol vehicles from 2040, the future of cars appears to be electric. This opens a new set of questions as to whether new developments should come with electric charging points as standard or with the capacity to add them at a later date. Where homes come with charging points, costs are likely to be included in the price of the property. If, on the other hand, charging points are installed further down the line, someone will have to foot the bill and this could spark disputes between developers, residents and local authorities, or present an opportunity for a new type of ‘statutory’ service provider to deliver the necessary infrastructure.

Whether infrastructure is transport, utilities or service-related, it should not be a secondary consideration. Providing suitable infrastructure for developments with planning permission is crucial to meeting the expectations of residents. Laying down the foundations for improved infrastructure in advance of development is also key to giving developers confidence in their ability to sell or rent out their properties.

Infrastructure construction can only be forgotten to the detriment of housing delivery. The acceleration of housebuilding in the UK should bring fresh opportunities for the infrastructure sector and this drive to deliver homes may well result in an exciting pipeline of new work for those involved in the industry. It’s worth remembering that the reverse is also true – areas well-provisioned in infrastructure are more likely to attract future residents, thereby inducing new developments to sell fully. The housing crisis is a long way from being solved, but if local authorities, the wider public sector, developers and the construction industry work holistically, this will benefit everyone and tackle the political issue of our time in the process.