Does ‘Rebuilding Britain’ Have Cracks? 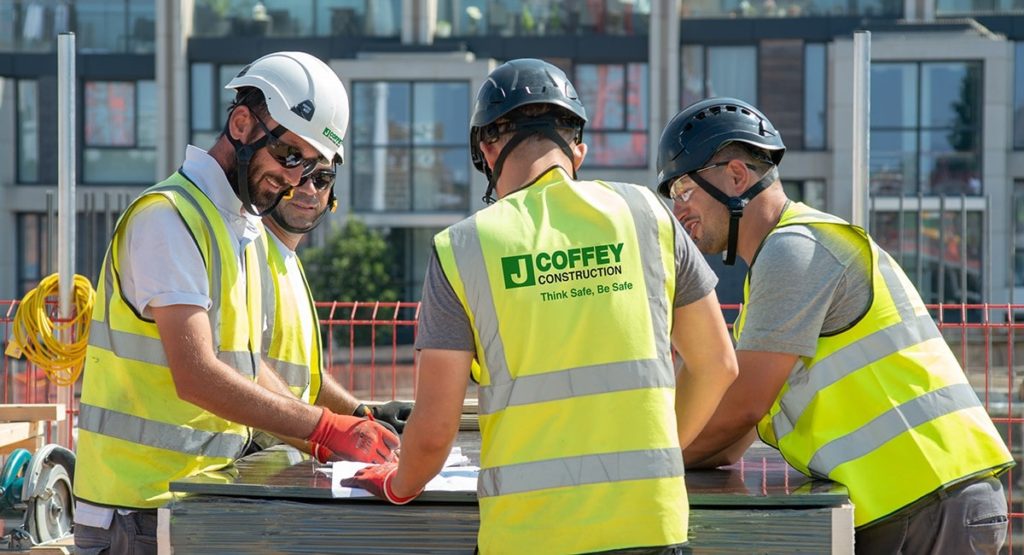 Boris Johnson’s ‘Rebuilding Britain’ campaign and strategy for growth through investment in new and existing infrastructure projects has encouraged the UK government to create safety nets for businesses and employees alike, with furlough payments, grants, loans, and a new income support scheme for the self-employed. However, the president of a global non-profit organisation, BITA, that has a strong membership representation from the construction industry and works with many national and international construction businesses, says the Prime Minister’s scheme that was set up to throw a lifeline to the self-employed worker, has side-effects that are causing the construction industry to wither.

Paul Whitnell said: “Initially the industry welcomed the announcement of the new income support scheme for the self-employed as a much-needed stop-gap measure to tackle sites being paused while they were made COVID safe. An unexpected side-effect of the scheme has seen labour shortages and a tightening of profit margins.

“The construction industry pivoted very quickly when it came to re-opening in a safe manner, however at this point the employees were eligible to receive the first grants.  Understandably, and not entirely unpredictably, many workers were tempted by a scheme that delivered 80% of their regular wages, whilst allowing them to stay at home without travelling or working.

“As a further knock-on effect, many of the workers in construction are EU nationals, and a large proportion of these chose to return to their home nations to be with their families and cut the cost of living, once their grants had been secured.

“The impact of this has been two-fold. Firstly, there has been a shortage of labour which has impacted the ability of companies to deliver projects on-time. Secondly and as a direct result of the first, cost of labour has gone up by as much as 25%.”

James Coffey, group chairman of J. Coffey Construction added: “We witnessed a significant labour issue during the first government lockdown earlier in the year, which is now reoccurring during lockdown version two and will have even bigger implications.

“The government’s income support scheme for the self-employed was welcomed at the time to assist the large number of self-employed workers effected by the pandemic.  However, within our sector it ultimately resulted in driving a certain behaviour which has since had a significant negative impact on our business.

“At the beginning of the first lockdown, the construction industry reacted extremely quickly, as did we, which allowed our required labour levels to return to a position similar to pre lockdown. However, by this stage self-employed workers were eligible to receive the first grants.

“As you can imagine the prospect of receiving up to 80% of income whilst remaining safely at home and without the requirement of traveling and working, proved extremely attractive to a lot of workers.  We noticed quite rapidly this impacted our ability to deliver projects and quickly drove up our labour rates by over 25%.”

The government has recently announced the extension of the scheme for the second lockdown until March 2021; however, they have also announced that they want the construction industry to remain open and active, in line with their policies for ‘Rebuilding Britain’.

James continued: “The government have made it extremely clear that during this second lock down construction is to remain open, however they also announced today the extension of the Support Scheme grant until March 2021.  Self-employed workers within the construction industry remain eligible for this extended scheme.  The extension is therefore counterproductive and will affect our ability to deliver projects.  Labour will choose to claim the grant and return home, to enjoy an extended holiday from now across the Christmas period, and potentially well into the new year to when the scheme ends.

“We are already seeing the effects of this with some workers already leaving to return home, whilst those that remain are demanding significant rate increases. This is going to have a major effect on existing contracts, both on program and cost!”

Paul continued: “The feeling between our members is that what is being proposed with the extension to this scheme for self-employed construction workers will negatively impact the recovery of this important industry.

“Our members have openly shared that the impact of this decision is already being felt on sites across the UK. The impact of this will be felt beyond profit margins, potentially leading to a boon for lawyers and costly cases wending through the courts for years. “

Paul, BITA and its construction members are urging representatives in government reflect on the potentially unconsidered impact of their recent policy decisions.

Paul ends: “The policy of ‘Rebuilding Britain’ is a grand one, however without workers it will be stalled before it can get into gear.”