English Courts Continue to Sympathise with Claimants on Fire Safety 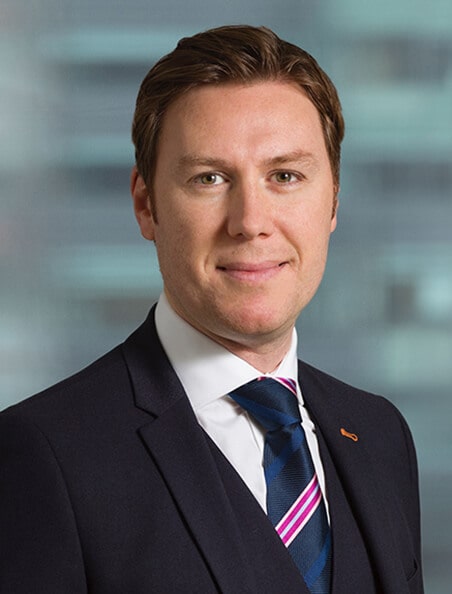 In the recent case of D R Jones Yeovil Ltd v Drayton Beaumont Services Ltd¹ regarding a fire safety claim, the English Technology and Construction Court (“TCC”) has provided important guidance on the approach it will take when exercising discretion to allow amendments to such claims.

The case also confirms the heavy burden for claimants to prove that there is no reasonably arguable limitation defence, if the proposed amendments do not relate to facts which are the same or substantially the same as those already claimed. In addition, the novel design arguments made in the case, albeit unsuccessful, will be of particular interest to those considering potential causes of action against contractors involved in fire safety works.

D R Jones Yeovil Ltd (the “Claimant”) had been engaged to undertake works at Adderley Green Care Village in Stoke-on-Trent and sub-contracted mechanical services installations to Drayton Beaumont Services Ltd (the “Defendant”), which were carried out from late 2010 to 2011. However, in late 2011, the employer under the main contract became insolvent and the Claimant suspended its works. In 2015 a new employer engaged the Claimant to complete the main contract works and carry out further works to turn the site into a neurological unit.

The Claimant contended that the mechanical services installation works were defective and incomplete and, on 18 April 2017, commenced proceedings against the Defendant. The Defendant denied responsibility for the defects and claimed it was underpaid. The proceedings were listed for trial in March 2019 but, in an unusual twist of events, they were vacated after the Claimant discovered the Defendant attended the site in late 2018 and attempted to carry out remedial works to the fire dampers it had installed.

In March 2021, the Claimant applied to amend its particulars of claim to include claims alleging the Defendant was responsible for:

Although the original claim included an allegation relating to the inadequate fixing of fire dampers, the Damper Design Claim raised a novel point alleging that the Defendant had overall design responsibility for the dampers and a duty to warn about the limitations of the design, even though the Defendant had no design liability under the sub-contract. The Pipework Fire-Stopping Claim, meanwhile, was an entirely new allegation based on the Defendant’s duties under the sub-contract.

The court generally has discretion to allow amendments to statements of case unless the limitation period has expired. In determining whether limitation has expired, the court can take one of two approaches:

If the court decides there is a limitation defence, it can still allow the amendment if, under CPR 17.4(2), the new claim emerges out of the same or substantially the same facts as the existing claim (which may include facts raised by the defence, as noted in Marlet Homes v Mulalley⁴). However, such a decision will still be subject to the court’s discretion.

The TCC concluded that the Mastercard approach was not appropriate in this case as the Defendant had a serious argument that the whole of the new claim was statute barred. The material necessary for determining the amendment application on the conventional basis also formed a significant part of the evidence and argument relied upon at the hearing. The conventional approach was therefore appropriate. Therefore, the Claimant needed to “knock out” the Defendant’s limitation defence by proving it was not reasonably arguable.

The Claimant therefore had to prove the Defendant’s six-year limitation defence was knocked out by an express deeming provision in the Claimant’s terms and conditions that the sub-contract was executed as a deed for the purpose of calculating limitation periods. After considering the formation of the sub-contract, the TCC found the deeming provision had been incorporated. Therefore, the sub-contract was subject to the 12-year limitation period applicable to deeds, rather than the usual six-year period applicable for contracts and the Claimant’s proposed amendments were not statute barred. The TCC therefore had discretion to allow the amendments.

Discretion – timing of the application

The TCC decided that the amendment application was not made late because the vacation of the trial and subsequent directions operated as a re-set in this litigation.

As the Damper Design Claim was not statute barred, the TCC did not need to consider whether the test under CPR 17.4(2) had been met but went on to do so anyway.

The existing claim required an investigation of the Defendant’s contractual responsibilities in relation to the fire dampers and in its defence the Defendant contended it was not responsible for their design. Therefore, the test under CPR 17.4(2) was met, giving the court discretion to allow the relevant amendments even if the Defendant had a reasonably arguable limitation defence. In reaching this decision the TCC helpfully confirmed that, in contrast to the decision in Martlet, loss and damage claimed under an amendment does not have to be the same as that originally claimed.

The TCC then had to consider the merits of the claim in order to exercise its discretion and decided the Damper Design Claim had no real prospect of success. The claim was not based on a breach of the sub-contract but on the fact that the Defendant assumed responsibility for the design and/or specification of the fire dampers by choosing a different manufacturer and mounting to that which was originally specified. Although the judge was not persuaded that this argument was entirely hopeless, it was certainly novel and the alleged duties ran counter to the express terms and fundamental nature of the contract, resulting in it not being good enough to support the proposed amendment. The Damper Design Claim amendments were therefore refused.

As the Pipework Fire-Stopping Claim was not statute barred, the TCC considered the only factor bearing on the exercise of its discretion was the merits of the claim.

The TCC considered the Claimant had a good arguable case that the Defendant’s fire-stopping obligations were wider than the Defendant submitted. The TCC was also satisfied that the pleading was sufficiently particularised, despite being based on a general allegation of deficient fire-stopping given in references to a Scott Schedule, which identified specific defects by type. The Pipework Fire-Stopping Claim amendments were therefore permitted.

This detailed judgment highlights the TCC’s continued flexibility towards proceedings over fire safety issues and the courts’ wide discretion to allow new claims into existing proceedings. The Defendant’s attempt to rectify the dampers during the course of the proceedings was highly unusual given it had alleged they were not defective and/or it was not liable for them. The attempted rectification also delayed the proceedings, which had the knock-on effect of giving the Defendant a potential limitation defence.

The court’s approach in this case will be welcomed by claimants with potential fire safety related claims facing limitation issues, but parties should seriously consider taking advice early and give careful thought to alternative legal and factual bases for their claims before litigating. Applications to amend claims where the limitation period has expired are likely to fail. This case is also a useful reminder that, where there are allegations of defects, a Scott Schedule identifying these by type might not only assist the parties and the court in understanding the dispute, but also provide a gateway for additional claims.

One thing is for sure: fire safety related claims are now becoming more prevalent than ever before. The most common cause of action remains breach of contract, but there are other causes of action available; and although the argument of assumed responsibility for design failed in this case, it might yet have legs in other circumstances. Ryland Ash and Hazel Boland-Shanahan are members of the construction team at Watson Farley & Williams.