Pioneering the next generation of nuclear power 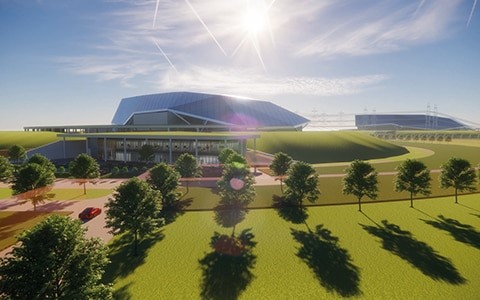 Building on both the 2020 Energy White Paper and government commitments to net zero, nuclear power is subject to renewed interest in the UK.

The latest Spending Review saw some £1.7Bn in direct government funding announced for developing a large-scale nuclear project, on top of a £120M enabling fund announced in 2021, while a further £210M was also invested into a Rolls-Royce venture to design the UK’s first Small Modular Reactor (SMR).

More recently, plans to build a new nuclear power plant in the UK have been backed by £100M of government funding to support the continued development of the Sizewell C project in Suffolk.

The funding commitment from Business and Energy Secretary Kwasi Kwarteng will be used to continue the development of the project which will aim to attract further financing from private investors and, subject to value for money and relevant approvals, the UK government.

Ministers have made a commitment to reaching a Final Investment Decision on at least one large-scale nuclear power station this parliament. This would provide continuous, low carbon electricity at scale, strengthen Britain’s energy security and reduce our exposure to volatile global gas prices, provided there is clear value for money for consumers and taxpayers.

Negotiations between the government and Sizewell C project developer, EDF, have been ongoing since last year. If built, Sizewell C would power the equivalent of around 6 million homes, as well as supporting up to 10,000 jobs in Suffolk and across the UK.

Business and Energy Secretary, Kwasi Kwarteng, said: “In light of high global gas prices, we need to ensure Britain’s future energy supply is bolstered by reliable, affordable, low carbon power that is generated in this country.

“New nuclear is not only an important part of our plans to ensure greater energy independence, but to create high-quality jobs and drive economic growth.

“The funding will further support the development of Sizewell C during this important phase of negotiations as we seek to maximise investor confidence in this nationally significant project.”

The UK nuclear industry also received a boost on its green credentials this month, with the Nuclear Industry Association revealing that the UK’s stations have saved £110Bn worth of carbon at current prices. The figure is based on the 1.4 billion tonnes of CO2 emissions saved by the AGR stations and Sizewell B, making them the greenest assets in British history.

Nuclear is also currently the cheapest source of energy on the market with the stations providing electricity at £45/MWh. This at a time when spot prices for gas-fired electricity have hit £4000/MWh.

Commenting on the analysis, Tom Greatrex, Chief Executive of the Nuclear Industry Association said: “Nuclear power is making an enormous contribution to society, saving us emissions and money. But we can only sustain this contribution if we build new nuclear power stations that will provide the firm, low-carbon power we need for net zero. The UK needs nuclear, not foreign gas, to be the backbone of our energy system.”