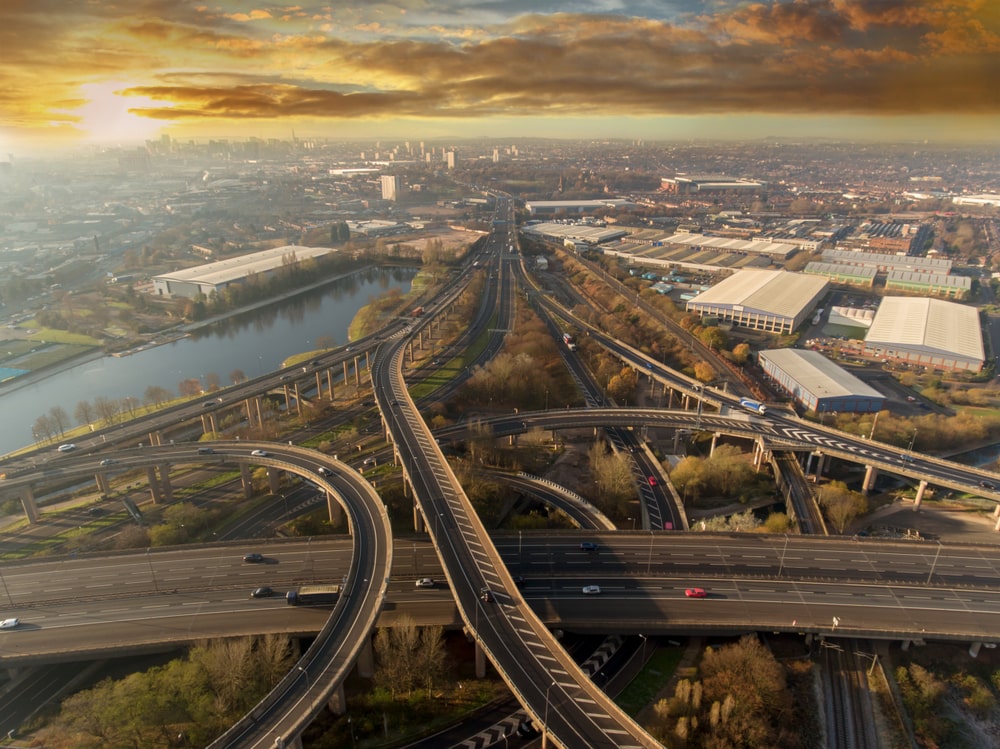 Birmingham has received some £72M of investment for crucial maintenance of road link between the city centre and the M6 motorway.

The Tame Valley Viaduct has seen many years of use, carrying tens of thousands of vehicles a day in and out of the city centre, and is beginning to show signs of wear. Without government funding, the viaduct is expected to need weight and width restrictions within a few years and, over time, the link could potentially face full closure.

This multimillion-pound investment by the government will ensure the link remains open for years to come. Maintaining the link’s future will also support and uphold access to other initiatives in the region, including the Birmingham City Centre Enterprise Zone, HS2 Curzon Street rail station and the Food Hub in Witton.

Transport Minister Baroness Vere said: “This viaduct is the lifeblood of Birmingham, carrying tens of thousands of vehicles in and out of the city centre every single day and connecting it to the surrounding motorways and the rest of the country.

“We recognise its importance and that’s why we’re investing such a significant amount of money – £72M – to safeguard the future of the structure and keep local supply chains and public transport services running smoothly.

“This is further good news for the region following our Integrated Rail Plan, which will see quicker and easier journeys between Nottingham and Birmingham. We’ll continue to level up transport across the country, support local economies and build back better.”

Proposals involve major strengthening and refurbishment works on the viaduct, ensuring it can continue to carry heavy vehicles. It will remain open to traffic throughout the duration of works.

There are also plans to apply a protective anti-corrosion paint system to the structure alongside other general refurbishments, preserving the longevity of the viaduct and minimising the need for future work.

Andy Street, the Mayor of the West Midlands and chair of the West Midlands Combined Authority, said: “The Tame Valley Viaduct is a vital part of our regional road network, but one that urgently needs some work. The 80,000 vehicles a day it carries is far more than what it was designed for when it opened in the early 1970s and so I am delighted that, thanks to the government putting this cash on the table, we can now press on and get this essential maintenance work done.

“We are making a huge effort to encourage people to use public transport across the West Midlands, but people who rely on the car cannot be ignored and roads such as the Aston Expressway remain a critical part of our region’s infrastructure.”

Works will begin in 2022 and will take almost five years to complete.