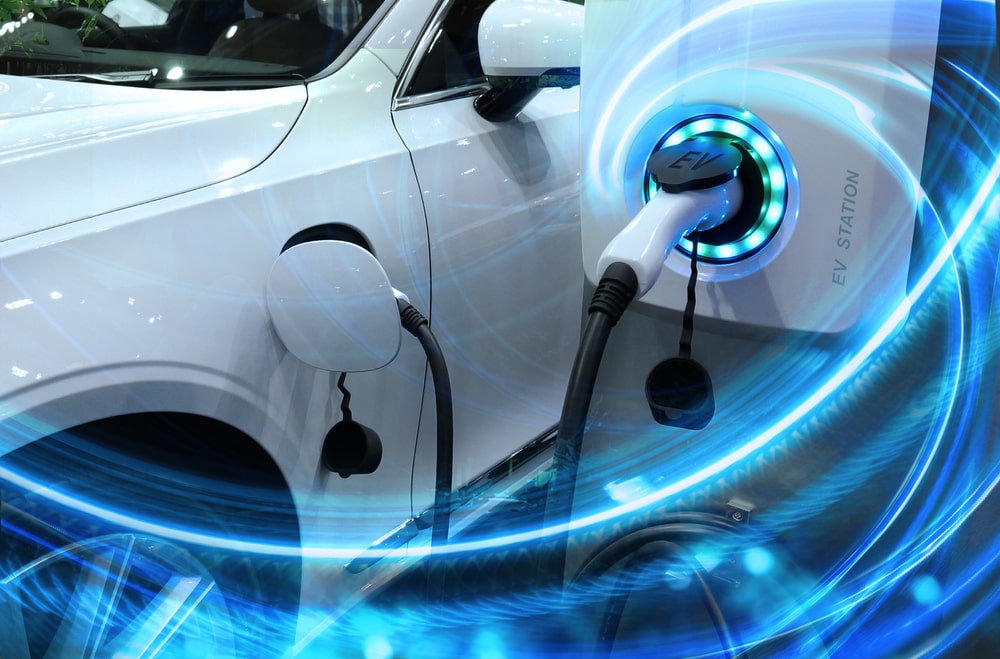 For the better part of a century, the fundamentals of road transportation in the UK have remain unchanged. The internal combustion engine has remained king of the road while millions of vehicles journeyed across Britain’s 262,000-mile road network. For decades, car manufacturers competed to go faster, but with the increased awareness of air pollution and its impact on climate change, car manufacturers started to deliver on greater fuel economy rather than more horsepower. And with the UK government deciding to phase-out the sale of new petrol and diesel cars and vans by 2030, we find ourselves at the start of an electric vehicle revolution on our roads.

Manufacturers must now prioritise and compete with each other on new metrics – battery life, efficiency, and reliability. Supporting the next generation of electric vehicles (EVs) and infrastructure will be vital in curbing our nation’s carbon footprint.

Despite a global pandemic, last year’s sales of electrified vehicles in the UK significantly outperformed expectations. Registrations of EVs rose by 186%, while plug-in hybrids increased by 91.2%. Demand for diesel cars fell by almost half (47.6%) in comparison.

Isobel Sheldon, Chief Strategy Officer at UK battery manufacturer Britishvolt, says, “The majority of electric vehicles, which have come to market as purpose-built, ground-up electric vehicles, have sold out 18 months of production in a few days. It’s clear that the car-buying public are demanding good electric vehicles. The manufacturers see that level of demand from the public and know that they have to do more to speed up production and meet current and future demand.”

S&P Global estimates that 18 million vehicles will be sold in Europe in 2021, up 10% from 2020. It also predicts that Europe will lead the way in electric vehicle sales, with 30% of new vehicles expected to be sold as electric vehicles by 2025.

World business leaders are also taking the long-term strategic challenge of decarbonisation seriously. Ahead of the World Economic Forum’s 50th annual meeting in Davos in January 2020, 800 global experts and decision-makers named inaction on climate change and extreme weather as the greatest long-term threats to the world economy.

As the world’s population increases, so too will the demand for transport. It is crucial that the UK decarbonises its transport sector and road transport – not just to lead the way in global emissions reduction, but to meet its legally binding pledge to reach net-zero carbon emissions by 2050 through the Climate Change Act.

But McKinsey & Company’s research for its report on the material roadmap for the zero-carbon car argues that the automotive industry must go beyond simply replacing petrol/diesel with electric. Emissions reduction must also take into account materials used for vehicle production, and it suggests that 97% of emissions from materials in electric cars could be ended by 2030 with no net increase to the cost of materials.

The environmental impact of batteries is a huge focus. For example, Britishvolt plans to deliver enough cells for around 300,000 lithium-ion battery packs per year from 100% renewable sources. These renewables can come from offshore wind capacity and using hydro-electric power from Norway’s North Sea Link, implementing an environmentally-conscious approach that extends to the entire supply chain as well as focusing on the impact of mining for battery materials.

Building a roadmap for electric vehicles

In October 2020, electric cars outsold diesel in Britain for the first time, and Auto Trader now estimates that sales of new electric vehicles could overtake new petrol and diesel cars by 2025.

But the market is intensifying the need for greater battery technology, with the Faraday Institute estimates that the UK electric vehicle market will require about 120 gigawatt hours of capacity by mid-2030.

“There’s a creeping realisation that a commodity approach to the battery industry isn’t going to work long-term because they cannot differentiate from each other,” Sheldon says. “If you have a BMW, Jaguar, and Bentley all running off the same technology, they are all going to perform exactly the same. Manufacturers have lost the ability to differentiate themselves based on improvements to their powertrain as they have for the past 100 years.

“At Britishvolt, we’re not saying, ‘Here’s the battery that we’re going to sell to everyone else, so what price will you pay?’ Instead, we’re speaking to manufacturers very early on in the process and saying, ‘Why don’t we design cells that work for your brand, look at the different level of vehicles within your product portfolio, and tweak and adjust the cells for the cars within your portfolio?’”

If we compound the growth over a couple of years, we will soon get to large quantities of electric vehicles on the road, which will require that significant increase in electric vehicle charging points.

The International Council on Clean Transportation estimates that we will require a 30% annual growth in Britain’s electric vehicle infrastructure required to keep pace with the 2030 goals, with Deloitte estimating a cost of around GBP 18 billion to help get us there.

We are currently 1% of the way there. To convert the remaining 99%, entire industries and ecosystems will have to emerge to meet future demand.

We need a nationally unified approach to electric vehicle roll-out. According to recent RAC data, London and the South East have 35% of all electric vehicles sold in the UK, whereas the North East has just 3%. There are less than 1,000 drivers per charger in Bristol yet this rises to more than 10,000 drivers in Stoke-on-Trent.

It’s vital that no region of the country is left behind with electric vehicle roll-out and clean air strategy. The UK automotive industry and the entire economy needs to come together to power the future. The sooner we start, the better.