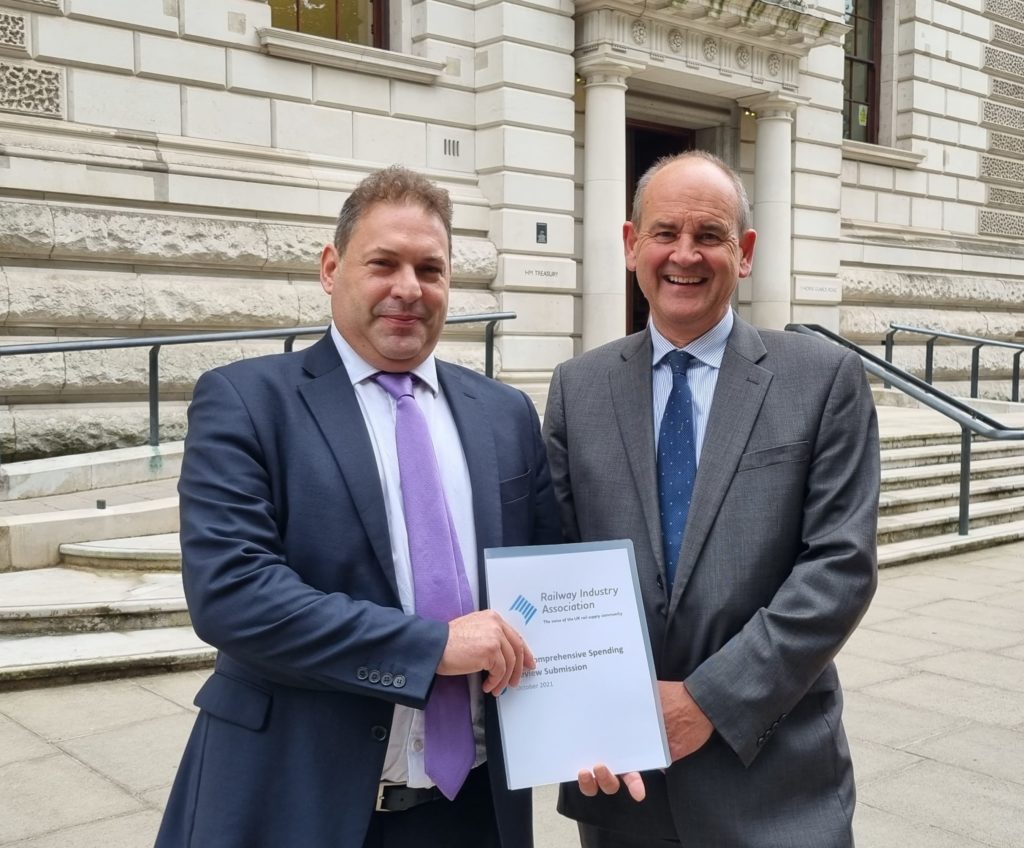 The Railway Industry Association (RIA) has set out ‘six key actions’ for the UK Government in its submission to the Spending Review.

The national trade body for the rail supply chain has highlighted the role which railways can play in driving economic growth, as well as providing clean connectivity throughout the whole of the UK, ahead of the publication of the Spending Review.

The RIA highlights the importance of visibility and certainty of funding for upcoming rail projects to allow businesses to build on skills and capability to deliver value to the taxpayer. It also sets out the concerns within the supply chain over a hiatus in decision-making due to the pandemic, and as the industry undergoes many changes in the transition to Great British Railways (GBR).

The submission comes amid uncertainty over the status of High Speed 2’s Eastern Leg, which is due to be clarified in the Integrated Rail Plan for the Midlands and North – now delayed by a year.

Darren Caplan, Chief Executive of the Railway Industry Association, commented: “Over the last 18 months, the railways have been vital in transporting goods and essential workers around the country and now we are seeing passenger numbers and freight returning. The railways stand ready to help drive the UK’s recovery, by boosting economic growth, supporting skilled jobs and investment in every region of the country, providing clean transport for millions of people and boosting exports around the world.

“However, our members regularly tell us that uncertainty over upcoming projects and a lack of work pipeline visibility add costs and time to projects. For SMEs, this can even result in them going out of business. That is why we are urging the Government not to delay major decisions and to begin long-term investment plans now – we must not let the experience of the last 18 months affect the investment needed to support railway infrastructure and rolling stock decisions over the next 30 years.

“On major schemes, we are simply calling for the Government to deliver what it has promised. This includes building HS2 in full alongside Northern Powerhouse Rail, Transpennine Route Upgrade, East West Rail, the Midlands Rail Hub and others. It should not be ‘either-or’ when it comes to these schemes.

“So, we ask the Government to provide greater certainty to rail businesses to continue to invest in the UK, if it wants the railway industry to help build back better, build back greener, help its levelling-up agenda and boost Global Britain with higher rail exports.

“We now eagerly await the publication of the Spending Review, the Autumn Budget and the Integrated Rail Plan for the Midlands and North.”