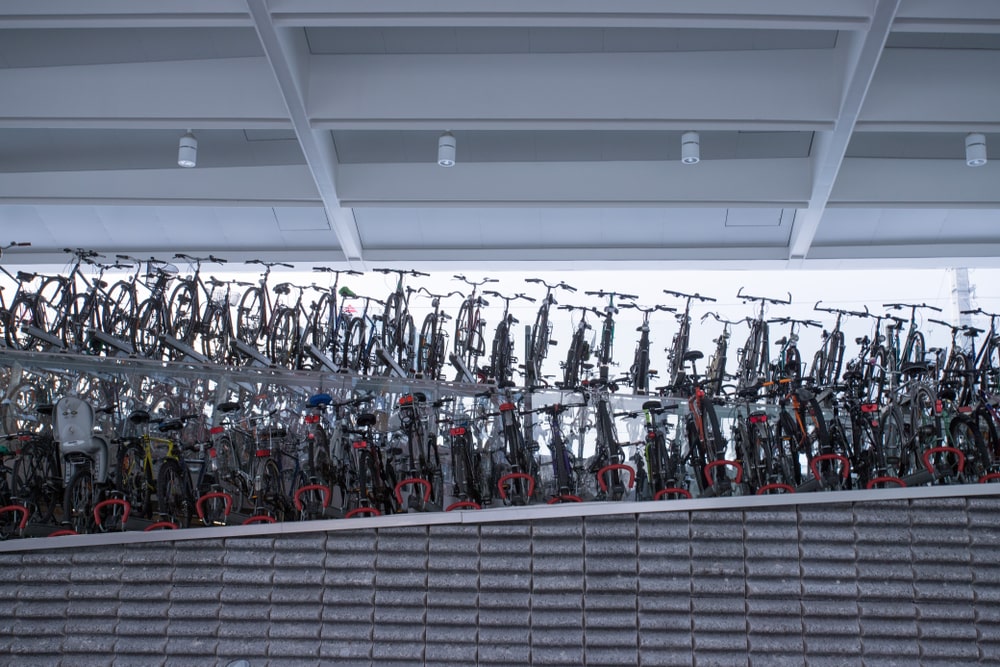 A £6.8million investment will create new cycle spaces at railway stations to encourage train commuters to travel by bike.

Cycling and Walking Minister Michael Ellis has announced an extra 2,300 cycle spaces to be built at 48 stations across England, enabling commuters to cycle directly to the station and lock up their bike securely. The investment is part of the Cycle Rail programme, now been backed by over £40 million from the Department for Transport.

The Cycle Rail programme has already tripled the number of cycle parking spaces at more than 500 stations, bringing the total to over 80,000. This includes the creation of integrated cycle hubs at key railway stations, including at Hove, where 150 additional bike spaces with secure key card access and CCTV have been provided, alongside cycle maintenance, hire and repair business.

Micheal Ellis said: “Cycling to your nearest station and catching a train to work is a great way to keep healthy, reduce emissions and help make our towns and cities vibrant places to live.”

“But to make this a reality, I know that the right infrastructure needs to be in place. This latest investment will see many more stations become accessible for cyclists, so that greener travel options – whether as part of a longer or shorter journey – become the norm.”

The investment includes financial contributions from wider station development projects, including the Chisholm Trail cycle route in Cambridge and 280 additional spaces being provided for ongoing improvement works at Chatham station in Kent. The fund forms part of increased government commitment to greener transport.

This includes a commitment to end the sale of new conventional diesel and petrol cars and vans by 2040, investment in hybrid trains, the doubling of investment in cycling and walking since 2010, along with the £2.5 billion Transforming Cities Fund which will develop innovative public transport schemes in some of England’s biggest cities. Recently, National Bike Week raised awareness of cycling routes and encouraged people to take up cycling as a healthier, greener way of commuting.