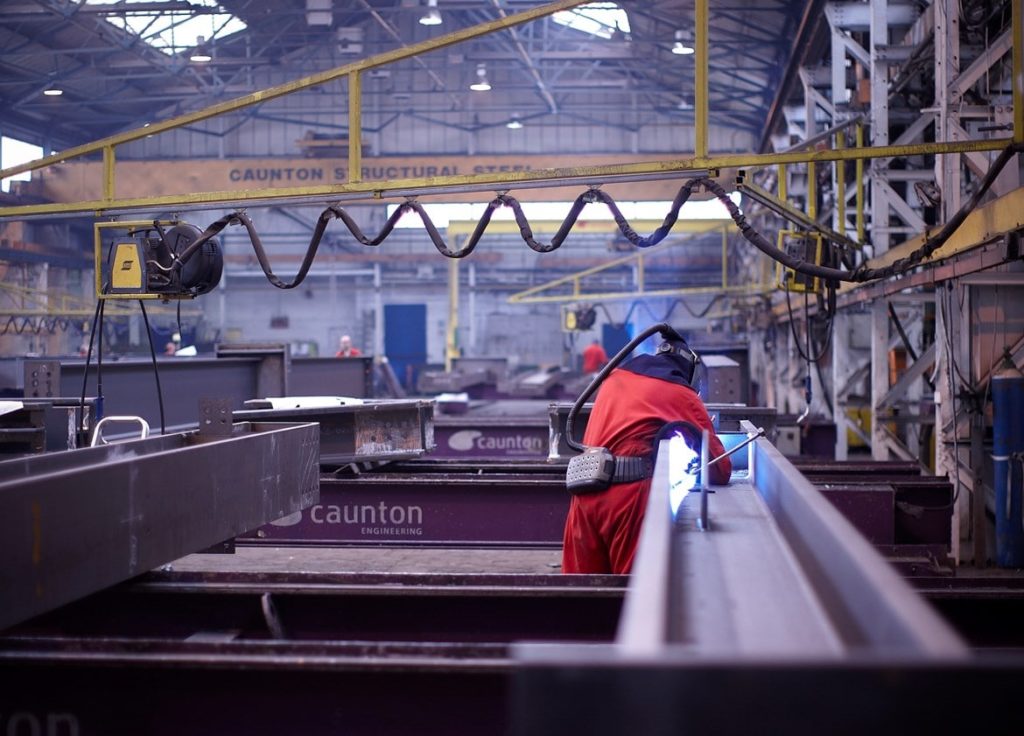 Another major milestone has been passed at HS2’s first tunnel site, with the completion of structural work on the temporary precast factory which will produce wall sections for the 10-mile-long Chiltern tunnels.

The tunnel precast factory, and all 2,400 tonnes of structural steelwork at the south portal site, beside the M25, will be made in the UK and will be delivered by Caunton Engineering, specialist steel fabricators, at their base near Moorgreen in Nottinghamshire.

The factory will allow HS2’s main works contractor, Align JV, made up from Bouygues Travaux Publics, Sir Robert McAlpine and VolkerFitzpatrick, to cast all tunnel segments on site. This will enable the JV to avoid putting extra HGVs onto local roads.

Two tunnelling machines are due to launch next year. The 170m long, 2,200 tonne machines will spend more than three years underground and will use 112,000 concrete segments to line the tunnels, moving at a speed of 15.6m per day.

A second precast plant will also be used to cast sections of the nearby Colne Valley Viaduct. Once work is completed, the precast plants will be disassembled and the site they were on will be landscaped with material excavated from the tunnels, with trees also being planted to blend it in with the surrounding countryside.

Welcoming the milestone, HS2 Ltd’s C1 Senior Project Manager Mark Clapp said: “The pre-cast plant will play a crucial role in delivering the Chiltern tunnels. By casting all 112,000 segments on site, we can significantly reduce the number of HGVs on local roads, reducing disruption for the local community.

“I’d like to thank everyone at Align and especially Caunton for their hard work in making it happen. Caunton’s involvement shows how HS2 is delivering for companies right across Britain, creating jobs and helping the economy recover from the pandemic.”

Daniel Altier, the Align Project Director, said: “Caunton Engineering is delivering the steel for all the structural buildings at our south portal site, 15 in total. This includes two tunnel pre-cast factories, the tunnel workshop and warehouse, and the viaduct precast factory. In selecting Caunton we opted for a company that can deliver a high-quality product and value for money. The selection of key suppliers such as Caunton is essential in order that we can deliver the project on time and on budget.”

As well as the precast plant, Caunton Engineering are also delivering structural steelwork for the general warehouse, workshops, soil treatment plant and the viaduct precast plant. In total about 2,400 tonnes of steelworks will be delivered from the factory in Moorgreen to the site of the former colliery.