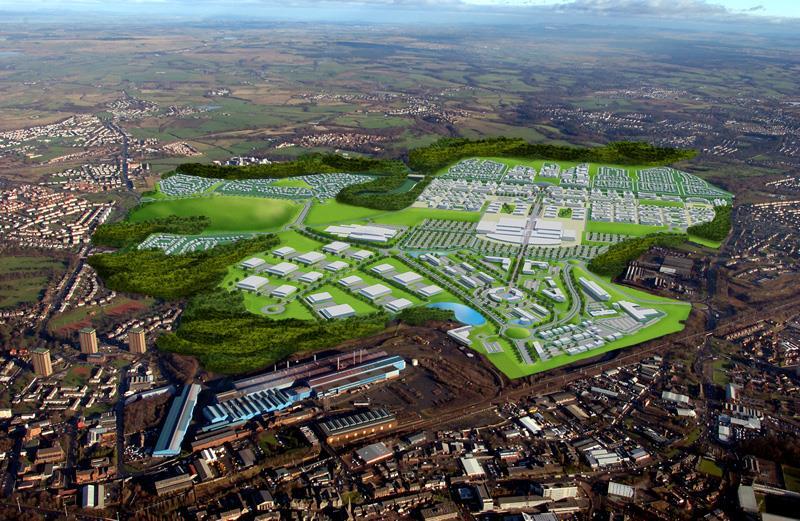 Funding has now been secured for new transport link to open up the former Ravenscraig steelworks site in Scotland. The site is home to one of the largest regeneration schemes in Europe.

Glasgow City Region Cabinet has approved an investment of £61.9 million for the Ravenscraig Infrastructure Access (RIA) project and North Lanarkshire Council has matched this with £64.3 million, bringing the total to £127.2 million.

The money is to be used to create new and improved transport infrastructure which will connect Ravenscraig north to the M8 and south to Motherwell and the M74.

The next stage in the RIA project will see a submission of a planning application for the southern connections to Motherwell and the M74, this will include a public consultation. First consultation works on the site will create the West Coast Mainline cross and is anticipated to take place in 2022, with construction of the new road to Ravenscraig and roundabout starting in 2023. The dualling of the A723 is planned to start in 2023/24 and work on Airbles Road to start in 2024/25.

This regeneration of the overall Ravenscraig site will see £3.5 billion being invested over the next ten years.

North Lanarkshire Council Chief Executive Des Murray said: “Despite coronavirus, we are continuing to invest in the future of North Lanarkshire, with a clear path for economic growth. Ravenscraig is an important part of our long-term plan as it will bring new homes, schools, businesses, jobs and leisure facilities over the next 25 years. To achieve this, we must invest in new roads and active travel improvements, including cycle routes and public transport links – the Ravenscraig Infrastructure Access project will deliver that.”

“With the funding from Glasgow City Region City Deal secured, we can now move forward with this exciting new project to transform derelict land into vibrant new communities for the people of North Lanarkshire.”

Within the Ravenscraig site itself, the RIA is one of a number of infrastructure projects the council is working to deliver, including a new seven-hectare park that is currently under construction and, working with Sustrans, new cycling and walking links to Craigneuk, Wishaw and New College Lanarkshire Motherwell campus.