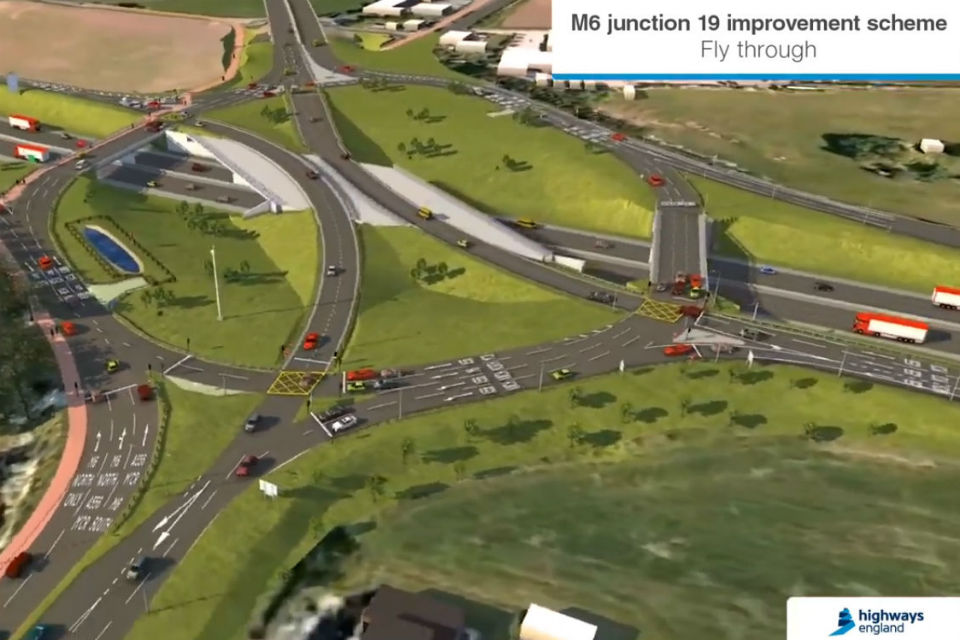 A significant junction along the M6 will receive over £40M worth of investment to create a new bridge and also reduce congestion through Knutsford in Cheshire.

According to Highways England, Junction 19 of the M6 will benefit from a £43M overhaul which will see to the construction of a new motorway bridge, as well as the improvement of footpaths and cycle paths, which will hopefully ease the flow of traffic along the A556 which joins on to the busy motorway.

To carry out this demanding project, Highways England have allocated a £35.5M design and construction contract to a joint venture of the two companies Amey and Sir Robert McAlpine, both of whom are delivery integration partners (DIPs) in ground-breaking new arrangements with Highways England’s supply chain.

Construction of these upgrades is scheduled to commence in the spring of 2020 and will continue until the autumn of 2021.

The Highways England Project Manager, Jamie Carruthers stated: “Our priority is to deliver this junction improvement safely and minimise any disruption from these and other roadworks in the region and we will be providing more details at public information events in the new year.  We are now working with colleagues to confirm a start date in the spring.”

The project to improve this junction of the M6 comes as part of the Government’s pledge of half a billion pounds in funding to improve motorway journeys between the Midlands and Manchester and also follows the construction of the A556 Knutsford to Bowdon bypass two years ago.

In addition to this, plans to construct a smart motorway along the M56 between the A556 and Manchester Airport is due to start in 2020, which will likewise improve journeys between the Midlands and the North West, specifically Manchester.