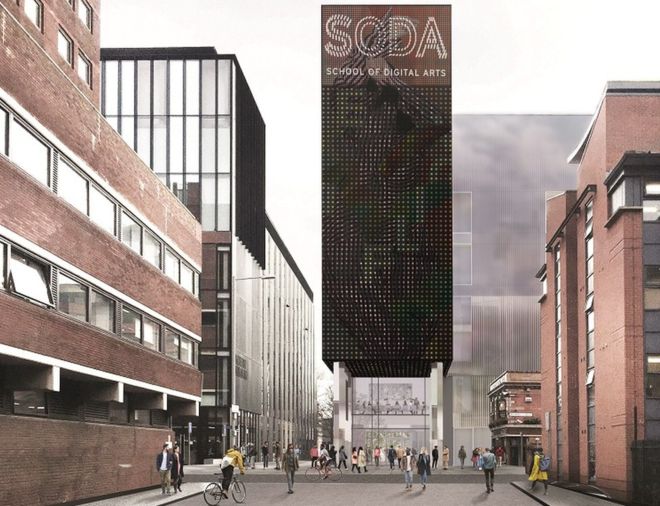 The well-known contractor company, Kier, has been appointed to a scheme, funded by the Manchester Metropolitan University and the Greater Manchester Combined Authority, to construct the university’s new School of Digital Arts (SODA).

The project will cost a sum of £35M and the building itself will consist of a development measuring five-storeys with an area of 5,200sq m, accommodating approximately 1000 students per year, and will be situated at the current Students’ Union car park on Chatham Street in Manchester.

The building will be used for the teaching of contemporary digital subjects such as film, animation, user experience design, photography, games, and artificial intelligence, teaching a variety of new skills in an attempt to incorporate technology, creativity, and business into the new graduate workforce.

The project is scheduled to commence in the winter of 2019 while completion is not predicted until the spring of 2021 with Kier having previous completed contracts for Manchester Metropolitan University with the construction of 6 Great Marlborough Street, a facility to house a number of professional services teams.

During the construction process of this scheme Kier has pledges to create ten apprenticeship opportunities and will engage with the City of Manchester workforce by hiring 100 local people while also utilising the local supply chain.

The Managing Director for Kier Regional Building North West, Peter Commins stated: “We are absolutely delighted to continue our relationship with Manchester Met the project is a key part of Manchester Metropolitan Universities Estates Masterplan. The SODA building will give students access to state-of-the-art facilities, enabling them to study an exciting range of subjects under one roof.”

Manchester Metropolitan University prides itself on being centred around technology after it was founded Manchester Mechanics Institute and the Manchester School of Design, forming two components of the Manchester Polytechnic back in 1970.