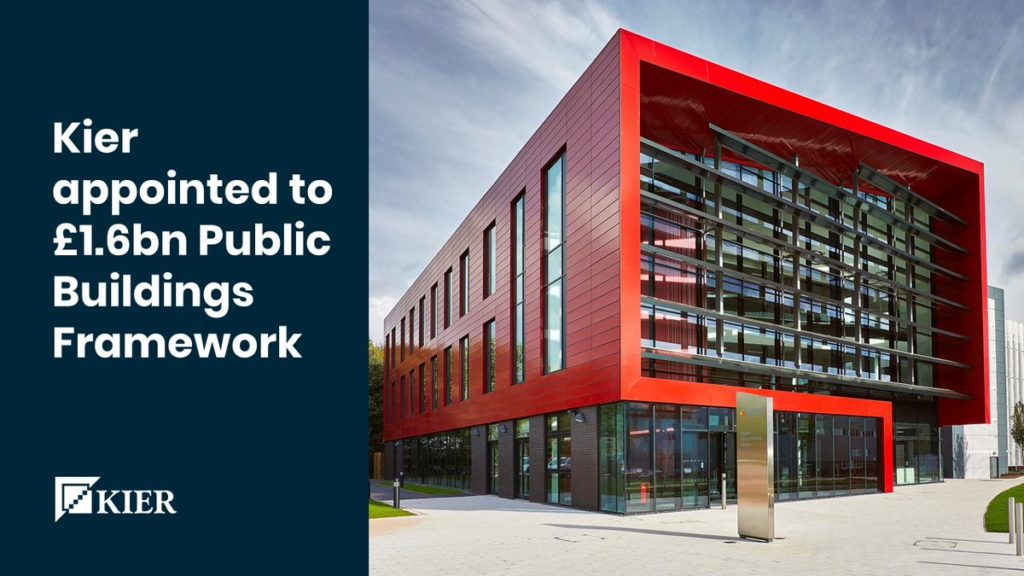 This is the fourth time Kier has been awarded a place on LHC’s building framework, having also completed a range of projects including the £10 million Degree Apprenticeship Centre (DAC) at the University of Warwick and the £6.1 million New College Durham STEM Centre.

This latest framework is for local authorities, social landlords and other public sector bodies to procure new build, infrastructure and refurbishment works for the public sector, including educational, healthcare, emergency services and community buildings.

Keir has been appointed to all regional areas applied for within workstream 4 New Build, Refurbishment, and Infrastructure, spanning England, Scotland and Wales.

Louisa Finlay, Clients & Markets Director for Kier Construction, said: “The LHC framework provides a flexible and efficient procurement route for local authorities and social housing landlords and we are proud to have secured our place on this latest iteration.

“We look forward to delivering vital infrastructure for communities across the UK and working with local supply chain partners to leave lasting legacies in areas in which we work.”

Dean Fazackerley, Head of Technical Procurement at LHC, commented: “Building on the success of our previous Schools and Community Buildings framework, we’ve broadened the scope of PB3 to allow local authorities to easily source quality contractors that will also help them to achieve low energy and zero carbon buildings and infrastructure projects.

“We’re pleased to have a range of regional and national contractors appointed to the framework, with over 40% of the appointed companies being classed as an SME.’’