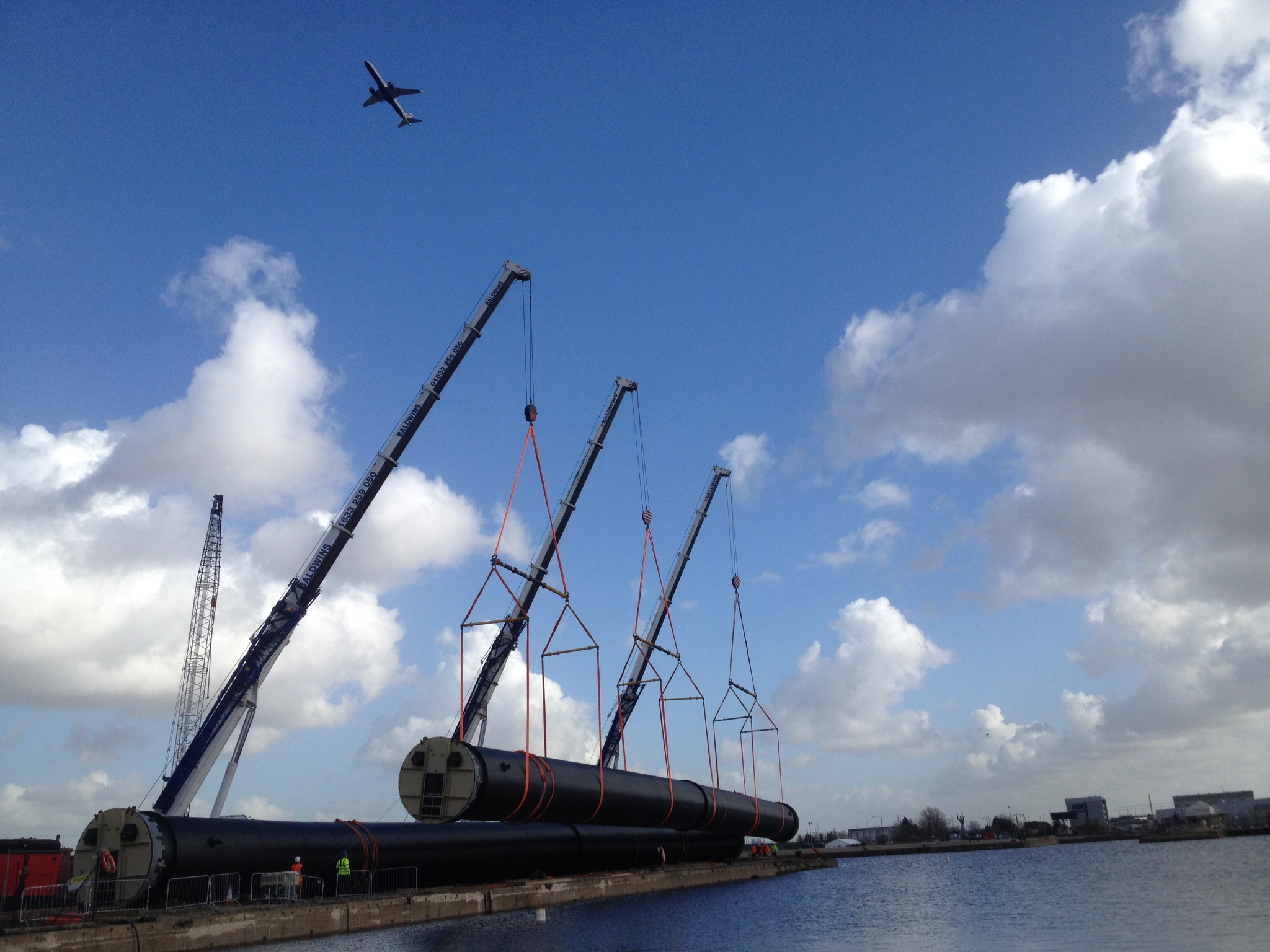 One hundred and fifty years ago the Victorians undertook a feat of engineering so spectacular that it was the envy of the world. The vast London sewerage system was unprecedented in scope and scale, however the demands of an increasingly populated modern day London are ultimately proving too much for the antiquated network.

To combat this and future proof one of the world’s most populous cities Thames Water is developing three major multi-billion pound engineering schemes to help prevent sewer overflows and improve water quality in the Thames. Asset International, manufacturers of large diameter HDPE Weholite pipes, have been involved in several of these vast infrastructure projects.

All five major sewage treatment works in London have undergone extensions and upgrades, the Lee Tunnel is in operation, and the Thames Tideway Tunnel is now under construction.

The Lee Tunnel is one of two tunnels which will collectively capture an average of 39 million tonnes of sewage a year from the 35 most polluting combined sewer overflows (CSOs).

Asset, in conjunction with their parent company, Uponor, was tasked by main contractors MVB (a JV between Morgan-Sindall, Vinci Construction Grands Projects and Bachy-Soletanche) to provide 880 metres of 3000mm internal diameter Weholite pipe in order to create the twin culvert pipeline outfall, which as well as servicing the Lee Outfall Tunnel, will also be the final discharge point for the prestigious £4.2 billion ‘super sewer’ Thames Tideway tunnel.

The £635m Lee Tunnel will manage discharges from Abbey Mills Pumping Station in Stratford – London’s largest CSO – which accounts for 40% of the total discharge. At four miles long the Lee Tunnel will help prevent more than 16 million tonnes of sewage, mixed with rainwater, from overflowing into the River Lee each year. The new tunnel will capture the overflow and transfer it to Beckton Sewage Treatment Works, which has undergone vast extension work in order to deal with the increased volumes it will be processing. In 2013 Asset International supplied over 5km of Weholite HDPE pipe for the Beckton Sewage Treatment Works upgrades. Weholite pipes were supplied in various sizes; ranging from 400mm to 3000mm in diameter. The pipes were used throughout the extensive project for inter-process pipe work, and all of the associated chamber fabrications.

The Asset and Uponor PS partnership set about using their combined design expertise for land and marine applications to re-engineer the project by creating a landmark design – the biggest plastic outfall ever installed in UK and one of the biggest in terms of diameter worldwide.

The proposal to overcome this enormous challenge; inclusive of 880 metres of 3000mm diameter Weholite pipes laid as a twin culvert along with twelve large-scale Weholite Modular HDPE boxes; also the provision of installation, supervision, site services and health and safety management.

The project was divided into a land section comprising of 105m of twin culvert laid at 10m depths. This section had the added complication of needing to break through the tidal protection wall that stops the Thames flooding Europe’s largest treatment works at Beckton. This issue was overcome by utilising a giant 7m x 11m x 5m Weholite Modular box to house a 3000mm spool section to complete the installation.

The operation to install the remaining 335 metres of twin culvert section into the River Thames was carried out by marine contractor CMP, alongside the Asset and Uponor PS partnership. This ambitious marine project was complicated still further by the fact the pipes needed to be submerged under an existing jetty structure and sections of the project were often isolated by the tide (which in the Thames have a rise and fall of up to 7 metres), with no access from land.

All the Weholite pipes and modular boxes were manufactured and prefabricated at Asset’s south Wales factory. The pipes were then delivered to the historic London Docks site, in 18 metre lengths, where they were welded into strings of up to 90 metres. The 50 tonne strings were then lifted onto the water using three mobile cranes in tandem and prepared for towing to the submersion site, located around 3km up river.

Part of this preparation involved utilising Uponor’s patented grouting process. This innovative methodology eliminates the need for heavy concrete collars to ballast the strings. This traditional way of installing marine pipelines can often be extremely risky during submersion. Filling the hollow Weholite profile with an inexpensive and pumpable grout is much safer and affords for a much quicker preparation time. With no concrete collars a smaller trench is needed, the dredging operation is minimised and the volume of excavation is therefore drastically reduced. Since submarine excavations are much more expensive than on dry land the advantages of Weholite are transparent. By using the grouting system, Weholite submersion is much easier to control and ultimately safer.

Once the pipe strings were ready, they were towed individually up river by tugboat and then submerged. Specialist divers were used to bolt up the innovatively designed quick connect flanges that joined each pipe string.

The project also included installation of over 11,000 m2 of steel sheet piling to allow the dredging of the river bed so the pipes could be laid free from obstruction. Over 28,000 m3 of riverbed materials were dredged and much of the dredged materials were reused to backfill the pipes once installed.

This provided an environmental advantage by vastly reducing the amount of materials to be taken off site, thereby saving on the carbon footprint.

Emmanuel Costes, construction manager at MVB, commented: “We were very happy with the Weholite technology employed in the implementation of the Lee Tunnel Outfall pipeline. The specifications of the project were very particular, however the solutions provided by the Asset International/Uponor collaboration were impressive, ticking all of the boxes that this complex, and in many cases unique, project demanded.”

Christian Vestman from Uponor Project Services said: “The Uponor Asset Partnership demonstrated the full depth of knowledge and versatility available within our organisation. This unique project really allowed us to showcase the impressive capabilities of Weholite and the results speak for themselves.”

Thames Water chief executive Martin Baggs said: “While the Victorian system still works very well, it needs additional capacity to cope with 21st century London. The Lee Tunnel and, when completed and connected, Thames Tideway Tunnel, will together capture the tens of millions of tonnes of sewage that currently overflow untreated into the tidal Thames every year. This will protect the future of the iconic river and capital for future generations.”

Speaking about the Lee Tunnel Outfall project, Dr Vasilios Samaras, technical director at Asset International, said: “The London Tideway improvements are but a few of the most impressive and ambitious engineering projects to be undertaken in the UK in a generation, perhaps since the Victorians themselves built the very sewers that Thames Water are currently upgrading. It is a fantastic example of world leading British engineering at its best, and a project that Asset International is extremely proud to be a part of.”

The scale and scope of the installation means that not only has it become the UK’s largest plastic outfall pipeline, but it also represented the UKs first ever sub-sea installation of a sectional installed multi-directional sewage pipeline. 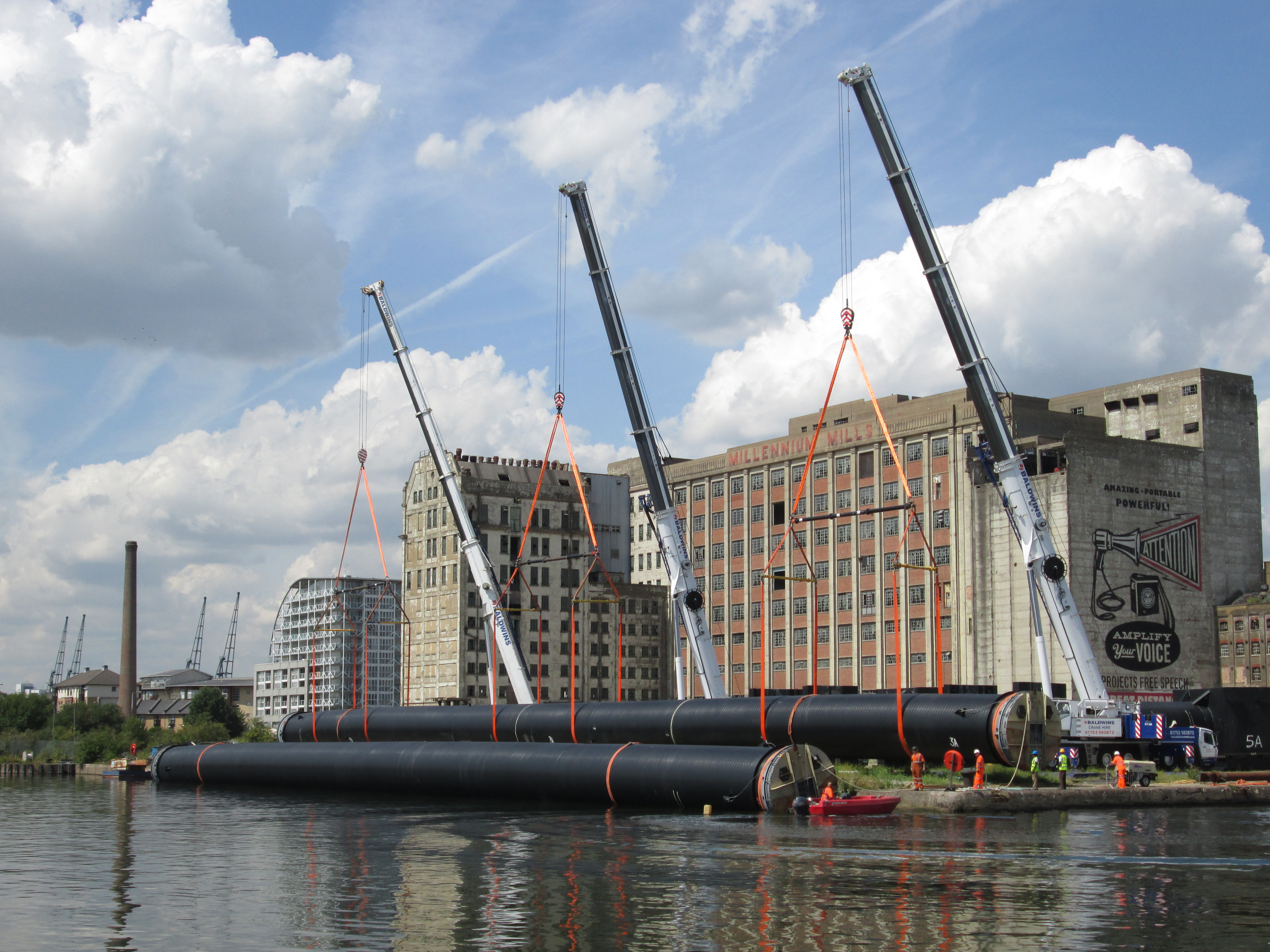 The adventure is part of Asset’s prolific commitment to charitable activities.

The ongoing Corrib gas project in Mayo, Ireland, has been advanced by the employment of Asset International.