CityFibre Extends Infrastructure in the UK 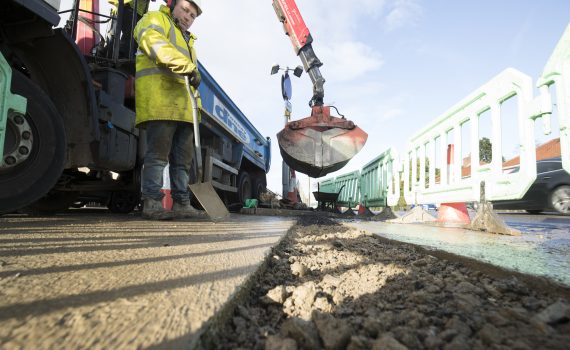 CityFibre has announced that an additional 216 towns and villages are to benefit from a Full Fibre rollout, completing the list of locations in its £4 billion nationwide investment programme.

The locations which have been selected will see CityFibre extend its networks to much smaller conurbations, bringing the benefits of Full Fibre to communities outside the UK’s major towns and cities.

The new rollouts, which will reach in excess of 3 million homes, represent more than £1.5 billion in private investment. This brings CityFibre’s total committed build programme to approximately £4 billion, making it the largest independent investment in the UK’s digital infrastructure for a generation.

The scale of the rollout has been made possible due to the favourable regulatory environment established by Ofcom to encourage infrastructure competition, making it quicker and easier to deploy Full Fibre networks. It’s expected that Ofcom’s imminent market review will support competition in the sector as the key to investment as industry accelerates to meet the UK Government’s 2025 target.

The national build programme is due to be substantially completed by 2025 and will address one third of the UK market, including up to 8 million homes, 800,000 businesses, 400,000 public sector sites and 250,000 5G access points. This means it will be the largest independent Full Fibre platform in the country.

CityFibre is also evaluating further opportunities to expand its nationwide rollout ambitions, which could entail the extension of more of its existing build projects, as well as possible participaton in the BDUK rural programme.

In each build location, CityFibre is seeing strong consumer interest and is undertaking local marketing campaigns to accelerate the take-up of services from its ISPs. Those ISP partners offering services in the towns and cities identified for expansion will be able to easily extend their offerings to the new areas.

Digital Secretary Oliver Dowden said: “This announcement shows how the Government’s pro-competition policies are speeding up the delivery of gigabit broadband and helping the telecoms market thrive.

“We’re spending a record £5 billion to level up homes and businesses across the UK with gigabit speeds. With CityFibre’s multibillion-pound investment, we’ll soon be bringing these lightning-fast connections to millions of people outside our major towns and cities.”

Greg Mesch, CEO at CityFibre, commented: “The announcement is excellent news for consumers and even better news for Britain. We’re delighted to welcome so many new towns, villages and communities to our Full Fibre rollout programme. By 2025, our world-class digital infrastructure will be within reach of nearly a third of the UK market, connecting homes, businesses, schools and hospitals, and supporting 5G mobile networks. This is clear proof of the benefits of digital infrastructure competition.

“We have seen huge enthusiasm and early success from our ISP partners, both large and small. Together we’re maximising the potential of a new infrastructure build programme to stimulate demand and drive take-up. Building the network is the first step. It’s only through the use of this world-class Full Fibre infrastructure that we can derive the maximum benefit for our economic recovery and future success.”